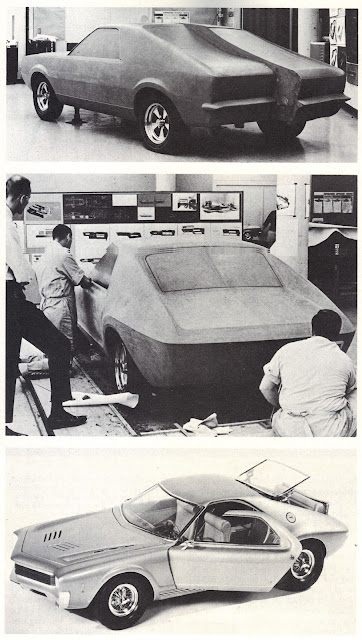 Work on the two seat AMX began as a development of the Javelin, and the clay models and scale models led to the production model below. Unfortunately the "Ramble seat" did not make it to production. Approximately 20,000 were made over the three year production run. 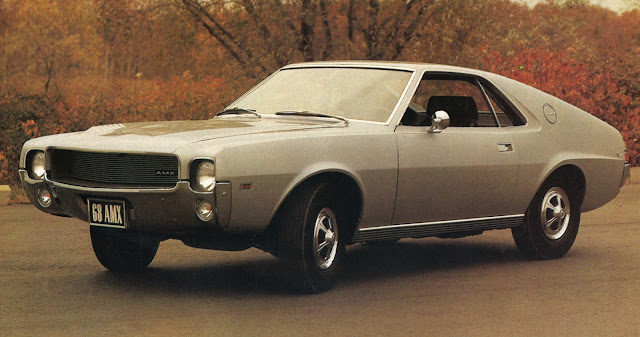 Development continued and a single unpowered example of the 4 seat AMX 2 was prototyped but never followed up on. 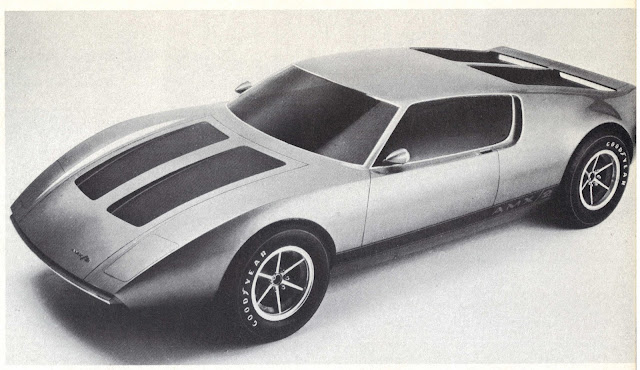 Finally (below) the radical mid-engined AMX3 was built in Italy from a design by Richard Teague. Six prototypes were completed before AMC pulled the plug. Definitely the high water mark for the company who struggled on through the seventies and after a merger with Renault was finally bought by Chrysler in 1987.