Guest post from Mic;
When walking across a farm at night, back in the 1980s, a flashlight was a fair choice to light your way. But a kerosene lantern was really the way to go as you could manage it with a known quantity of fuel, and a known length of wick. The mysteries of your flashlights battery and bulb life were a potential hindrance in comparison. In colder weather, it even provided a measure of warmth that a bulb could not match. I don’t know whatever became of the first flashlight I owned, but I still have the blue kerosene lantern my father gave me once I was old enough to be walking in the dark (and responsible enough to manage a combustible fuel device). After my father passed away, I inherited his kerosene lantern. I didn’t give it much thought until recently when I began to consider whether to give my blue lantern to my eldest daughter, and blow the dust off of dad’s oldie for myself. It turns out that dad’s lantern was far more interesting than mine!

Built by Hiram L. Piper Co. Ltd. in  , dad’s kerosene lantern actually started its life as a Canadian National Railways lantern (model 400). The base is stamped 2-58 so the production date would be during the second quarter of 1958. Only the metal components are Hiram L Piper made as the glass globe is stamped as being made in the . You can find quite a few varieties of these lanterns, other railroad and marine lighting implements, and various other non-ferrous metal based odds and ends produced by the company on Kijiji and eBay. 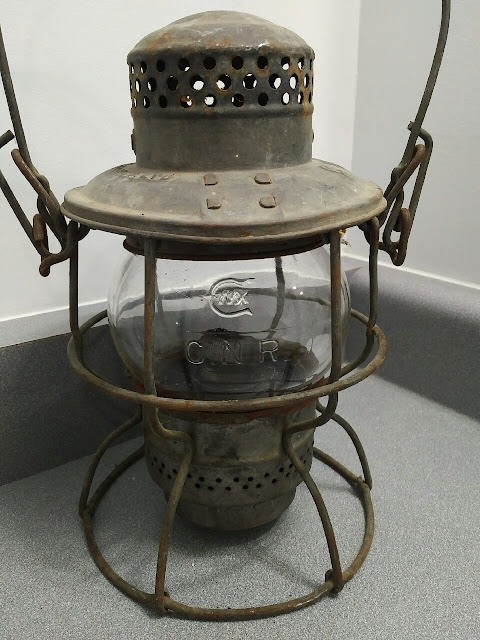 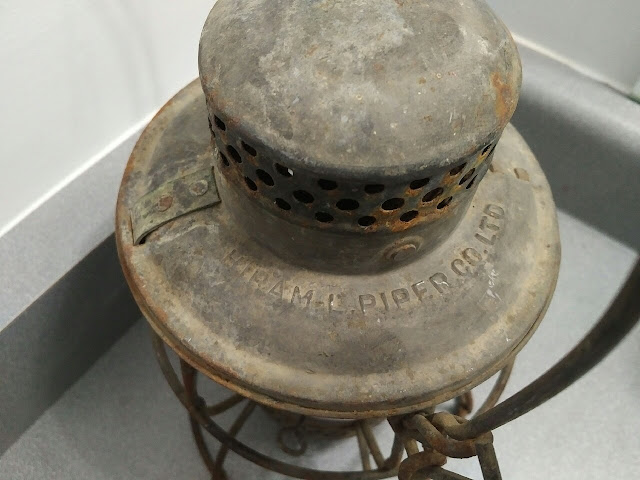 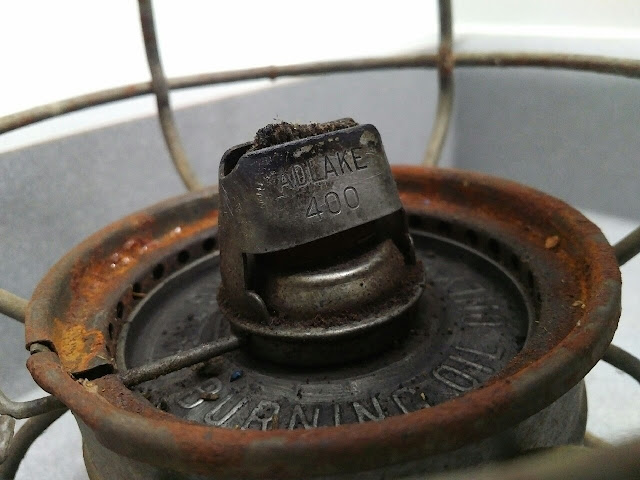 Hiram L. Piper Co. Ltd. was a Canadian company that traces its roots all the way back to the 1840s. The tinsmith Mr. Hiram Piper produced weights and measures with recorded sales from 1842 (). In 1857, business operations were located at , and the building has been restored with this history in mind. 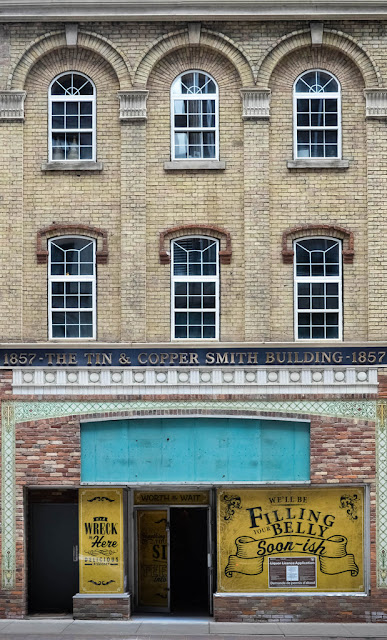 His brother Noah, who had joined the business at some point along the way (it operated as Hiram Piper & Brother for a number of years) continued the family business after Hiram’s death (1866) and eventually changed the business name to Noah Piper and Sons. Of note is that Noah and Hiram had already been successful in producing marine and railway signal lamps by the mid 1850s. While Hiram had not produced sons in his family, Noah had three sons (Henry, Edward and Hiram). In 1902, the company was operating as Hiram L. Piper (presumably Noah has retired or passed away at this point and his son Hiram has taken over) and began large scale production of railroad lanterns. This expansion coincides with a move to production in . In 1909 the operation was located at 17 to 23 Rue Normand, and produced a variety of lanterns (including automotive) as well as other metal working services.  In the 1920s operations appear to have moved to  Remi. 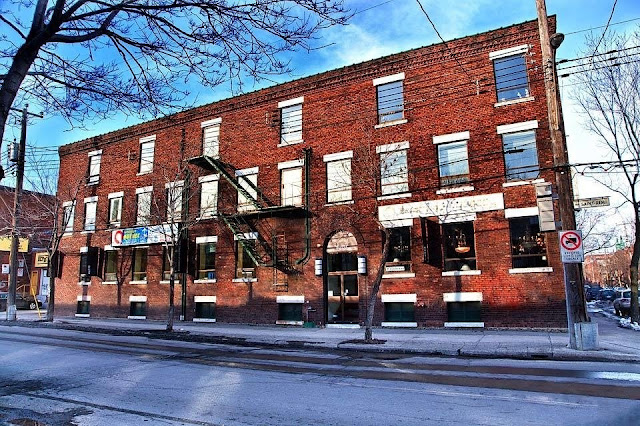 The railroad lanterns produced were of the kerosene fuel variety originally, but in later years battery powered lamps were produced as well. A paper instruction pamphlet found to accompany some of the kerosene lanterns, however, identifies that Hiram L. Piper Co. Ltd. operates from  (operating address unknown, date of operations unknown). This may reflect a later move of operational headquarters. Most lanterns are stamped with an identifier “Adlake” which refers to the fact that the production is actually under license from a  company called Adams and . 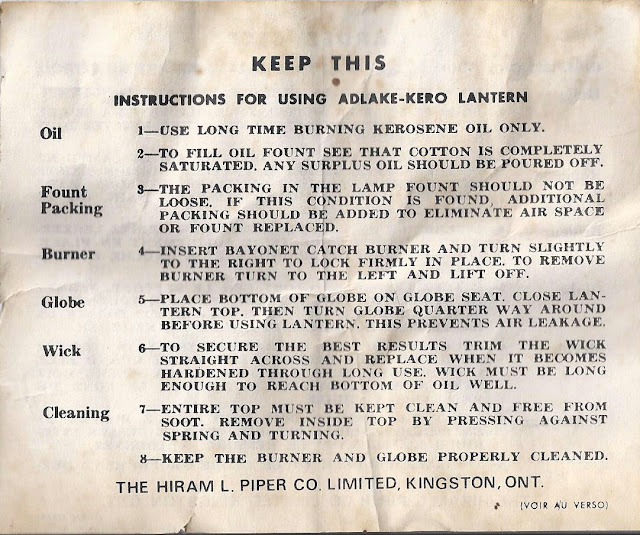 Other goods produced by the company over the span of its operations appear to be non-ferrous metal based, and include railroad locomotive components (chimneys, burners, reflectors, etc), egg scales (produced at 555 rue St. Remi, ), fish hatchery equipment, cans, paint trays, etc. In 1929, Canadian Railway and Marine World (vol. 32) reports that Hiram L. Piper, company president, died with his wife in a fire. During World War II, Hiram L. Piper  Ltd. is listed as having been a manufacturer of component parts for naval binnacles to be used on Allied ships. Information about company activities becomes scarce after the 1950s. The company is reported to be dissolved in 2013, with three of the four members of the board of directors being of the surname Piper and residing in . The last listed address for the business, however, is in  (). Please post additional information or corrections if you have access to more than what I was able to find. Thanks. 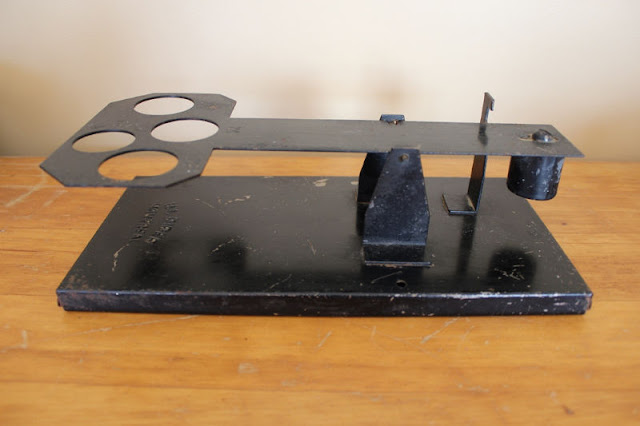 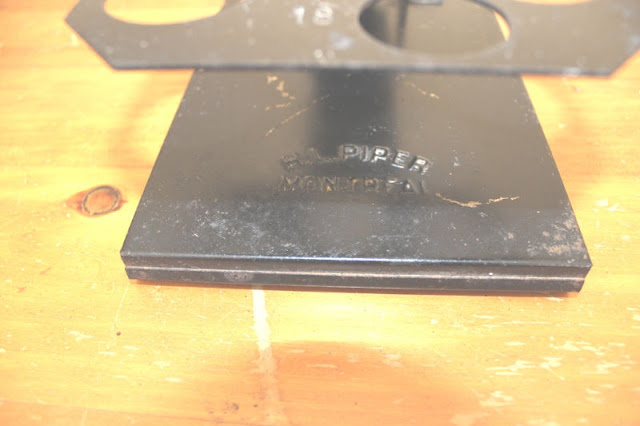 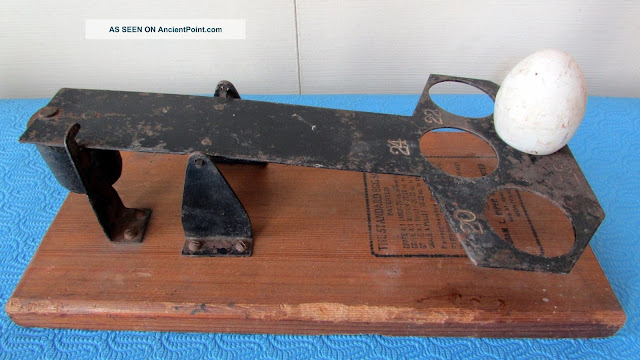 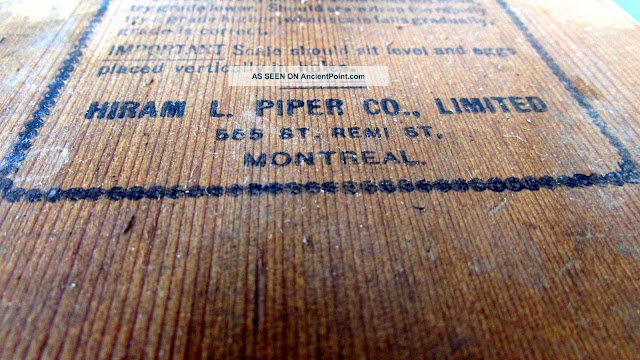 Dear Sir: I can add some info in regards to the address for Kingston, they were located at 51 Don street; (now a Harley Davidson dealer). Pipers moved to Kingston in 1977 possibly late 76 due to the introduction of bill 101 in Quebec, they were in Kingston until April 1995 and started up on Ferris dr in May 1995 in a new industrial park. We unfortunately lost contact with them after the move.


1 CommentClose this windowJump to comment form
1 – 1 of 1
Anonymous C&M McNutt said...
Dear Sir: I can add some info in regards to the address for Kingston, they were located at 51 Don street; (now a Harley Davidson dealer). Pipers moved to Kingston in 1977 possibly late 76 due to the introduction of bill 101 in Quebec, they were in Kingston until April 1995 and started up on Ferris dr in May 1995 in a new industrial park. We unfortunately lost contact with them after the move.

My Father worked for the company for 42 years. In 1978 I made the move from Montreal to Kingston with my family. He worked there until around approximately 1993. Unfortunately he had a heart attack and when he was cleared by the Dr. to go back to work, they severed his employment and he had to fight for Ontario Employment minimum severance. The Owner at the time was Howard Piper, and his son Ross was involved in the company

The history comes out!

Noah Piper is my Dad's Dad's, Mum's Dad - buried at St. James the Lesser in Toronto.

Dear Sir
I was in my basement today and came across an ashtray from a locomotive stamped HL Piper co LTD. The ashtray at one time was screwed to a wall in the engine. The ashtray has hinges for emptying.

Thanks for the note, can you send a picture or two.. I'll add them to the post! gerald@cavnwyngaarden.ca