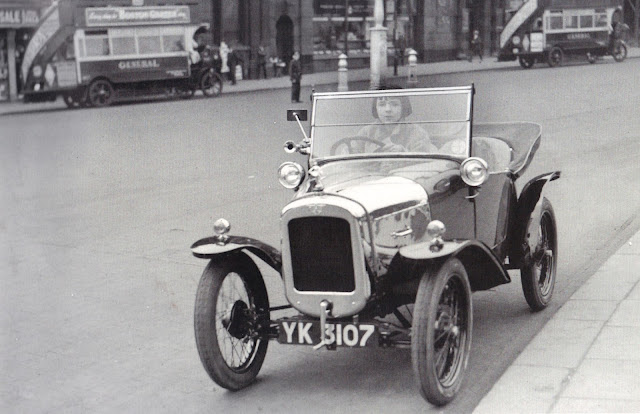 In some ways the Model T of England, the tiny Austin 7 was introduced in 1922, 2500 were sold that year.  Sales increased greatly in the next few years, wiping out the competition and virtually defining the British small car. Nearly 300,000 had been built when production ceased in 1939.
Posted by Mister G at 11:14 PM