We used to make things in this country; #292 Marine engines, Schofield Holden Machine 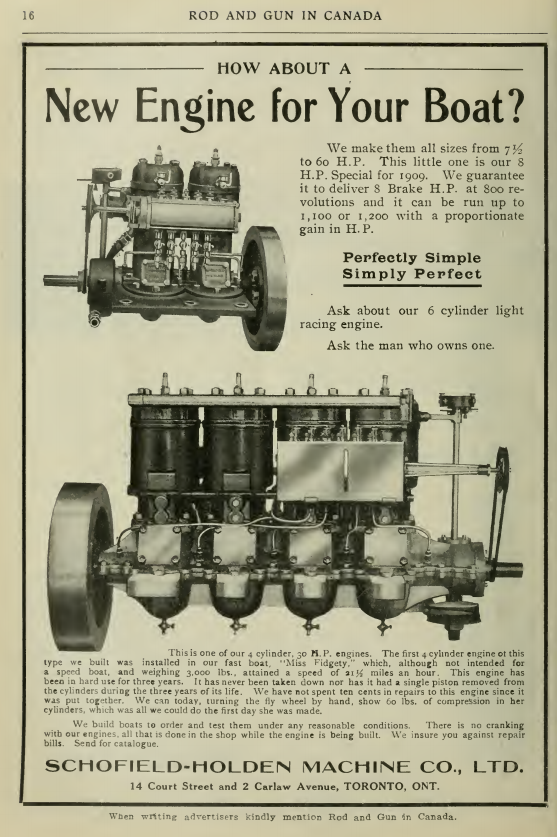 Another disappeared Toronto company with little information online, the above ad is from 1909, indicating that they make marine engines, the ad below from 5 years later from a 1914 Popular Mechanics lists the company as an agent for Scripps marine engines. I've never heard of a Schofield Holden engine, I wonder if any exist.
In other news, the only other thing I could find was a record of a court case of the company vs the City of Toronto in 1913. This was about the time of the Ashbridges Bay redevelopment and was about water access for their boatbuilding business and the poor water quality near the new sewage treatment plant. 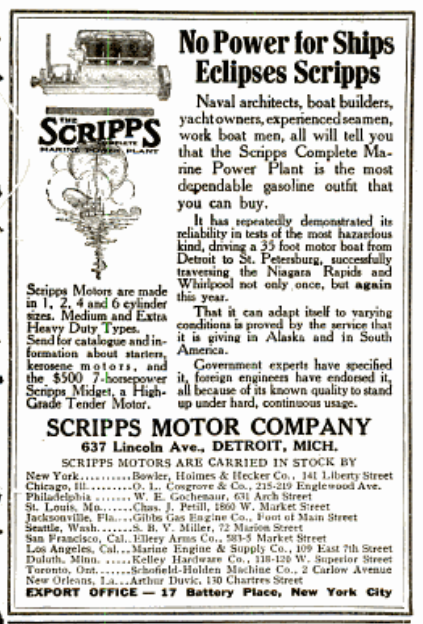