It dismays me a bit to think of all the great stuff that ends of going to garbage bins and recycling bins. If you are someone that collects rare or vintage stuff, make sure your spouse, kids, best friend, or online forum buddy knows you have it! I was lucky enough one day to intercept a box of “old aircraft bits” that were heading to the curbside for recycling. The lovely widow who was eliminating them was downsizing her collection of belongings that included a good deal of her late husband’s old artifacts. I was happy to collect a Motorola Airboy radio, a Motorola Airboy Sr. radio, and two wing position lights for an aircraft unknown. I still haven’t had time to play around with those Airboys, but I am trying to figure out more about those A.V. Roe (Avro) lights! 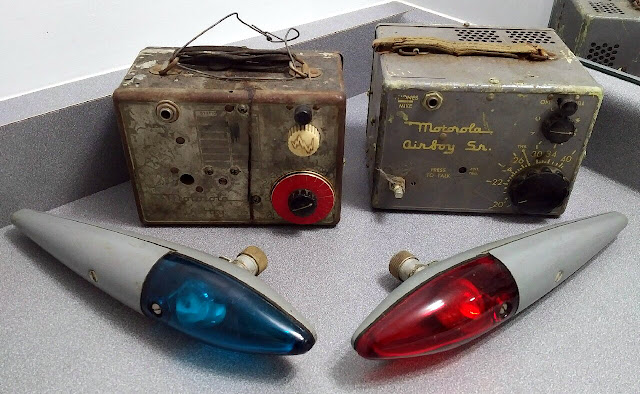 One Canadian military aircraft expert I consulted said they are probably from a Avro CF-100 “Canuck”, but possibly from a pre-flight Avro CF-105 “Arrow”. 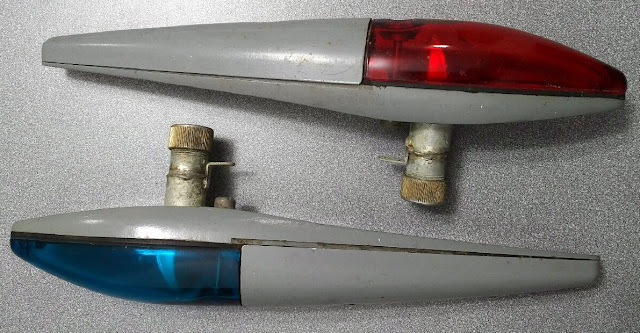 A second Canadian military aircraft expert I consulted said they were not likely from a CF-100, and possibly produced by A.V.Roe for an aircraft that was not an Avro aircraft.

Have a look at the pictures and post a comment if you can shed some light on this mystery. In the meantime, I'm going to imagine they once flew interception missions against Soviet bombers somewhere up in Northern Canada.