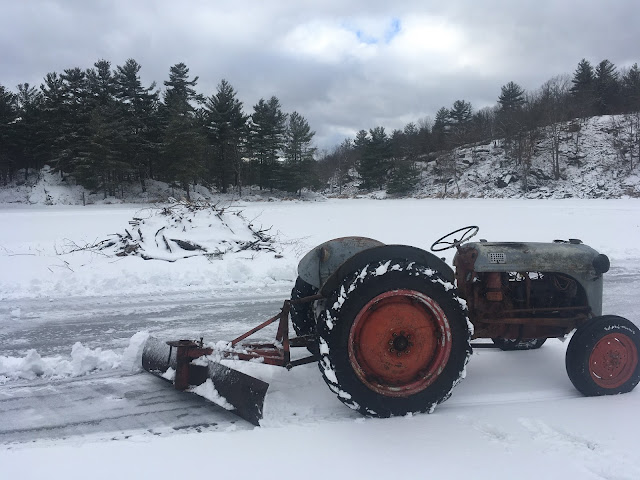 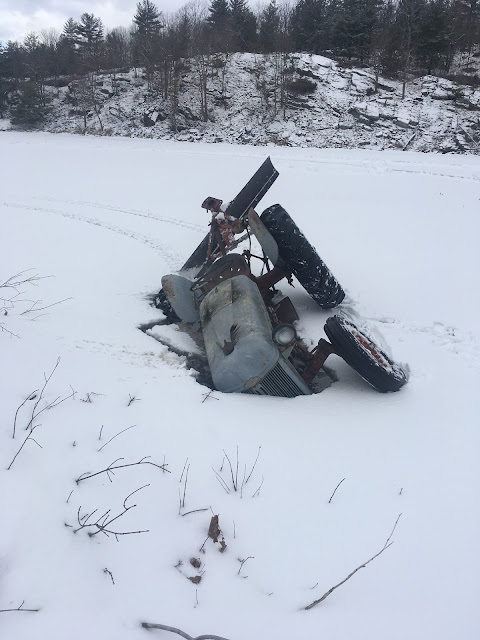 Ooops.
We've been playing ice racer on our frozen beaver ponds here in Eastern Ontario, because there is nothing as awesome as sliding a bike sideways.

A bit of snow last Monday meant I had to clean the track off. The whole pond has about 6" of ice on it, Ok, that's on the thin side of safe but I checked in a number of places.
However, I happened to drive over a pocket where there was only about 2 inches, which was strong enough for the front end but not the rear. In it went- into 2 1/2 feet of water. I just stepped off the high side, shut the ignition and petcock off and started planning how to get it out. I should have put it in neutral, water got into the transmission and froze, stopping the wheels from turning (as I found out later), greatly complicating the task. I figured it would take a day to get it out but complications from a seemingly bottomless bottom, melting temps for 2 days (the hole kept getting bigger) and then 24 hours of -17 C meant it took 3 days of hard physical labour with chainsaw, axe and come-alongs to extract it. 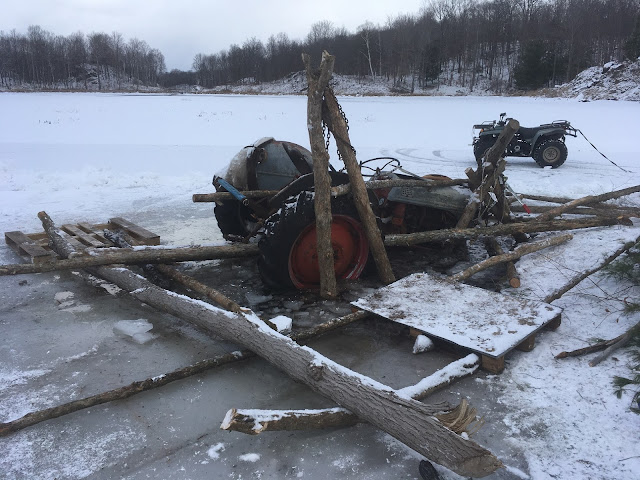 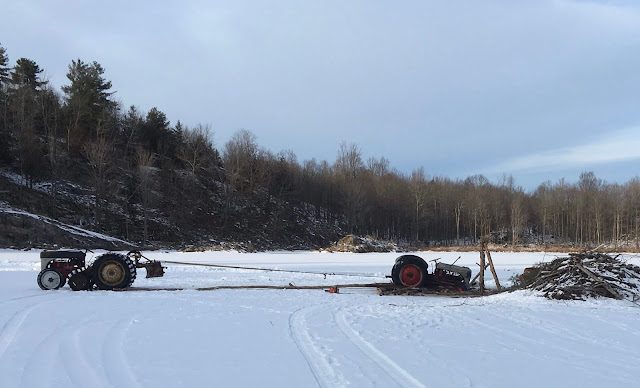 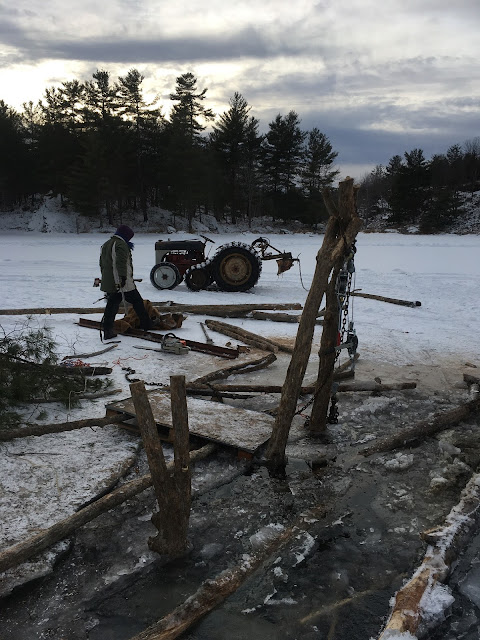 Success! Most of the credit has to go to the mechanical advantage a come-along (also known as a hoist puller) can give you.


All good except now I have to drain the water out of it and get it running again. And an upside, we have about a weeks worth of good firewood! Who has more fun than me?
Three days later, the temperature is way up, it's pouring rain and the site looks like this. 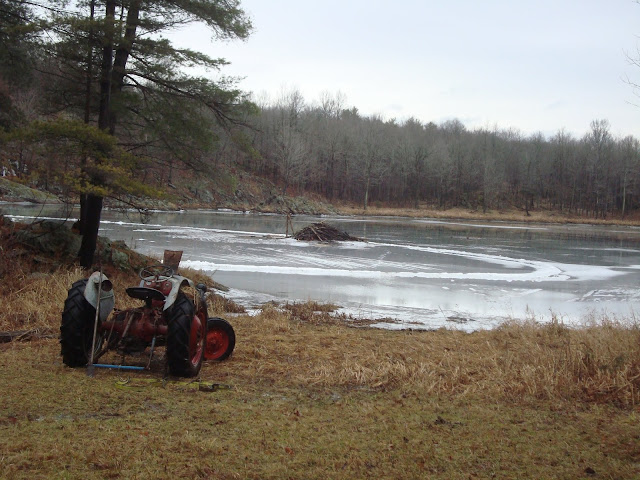 After all, winter is not coming. Just coughing at us.
That's an all lot of trouble to have some fun.
Guess you found where that pond's spring is.
Hey, any other guy would be at a dismay, plus possibly also with a fine for polluting. You did great! Just solving one prob at a time :)

Nicely done, but what a task! I assume you had a handle of the depth of the water where you were clearing the snow? As you know you have a whole lot of flushing in your future....

I know (generally) the depth of the water around there so that is factored in.
Winter came early for us, now it's fizzling... I knew I had to get the tractor out quick due to the potential of leaking fluids as well as the ingress. I was lucky in that regard, nothing leaked out. But there is 5 gallons of oil in that transmission, It's not going to be a cheap flush!

Looks like some of our ancestors trying to get a frozen Mammoth out of the lake for dinner:) All I can say is Geezus man good work!

OMG - looks like something my brother in law would get me involved in. I remember one time, when we were moving him into the house he had recently built (and I mean 'he built' literally too - two story, frame, cypress wood siding, HVAC, electrical, plumbing, all of it) in the middle of 60 acres way down a very hilly dirt road. It was pouring down rain, just above freezing, and at midnight we were using his John Deere dragging the largest u-Haul truck we could rent up an incredibly slick muddy road - backwards. Fun times! lol. But we all lived!

and VectorWardbirds comment - that's hilarious. Next time we want photos of guys standing around with long sharp poles!