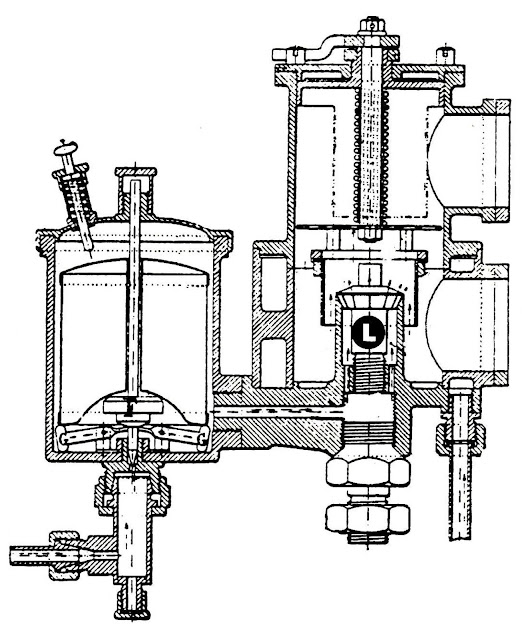 The French Longuemare, introduced in 1901, was billed as the first automatic carburetor. A big improvement over the previous attempts, it introduced the idea of a jet that was designed to spray fuel into the airflow. A float chamber kept the fuel level at the correct level in the choke tube, fuel was drawn in through grooves in the nozzle (L). Different nozzles with more or less grooves provided some measure of adjustment. Now we're getting somewhere, though it was really only tuneable for a narrow range of speed and engine rpm. The above sketch shows the basics.

The Holley engine company immediately obtained a license for the United States as the two pages below show. The Longuemare below seems rather more complicated than the sketch above with different jets for different speeds. The plunger in the top of the float chamber would seem to be a tickler to flood the carb for starting.

The Krebs that is mentioned was a similar-type carburetor that used a complicated system involving air valves, and a diaphragm acting against a spring. 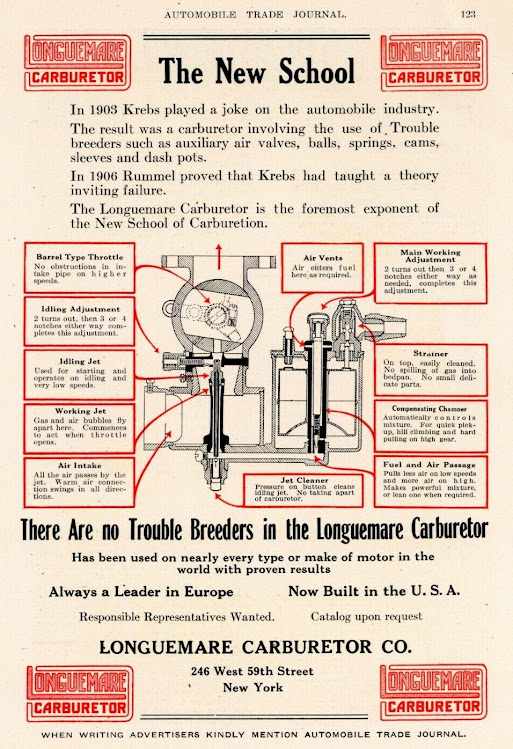