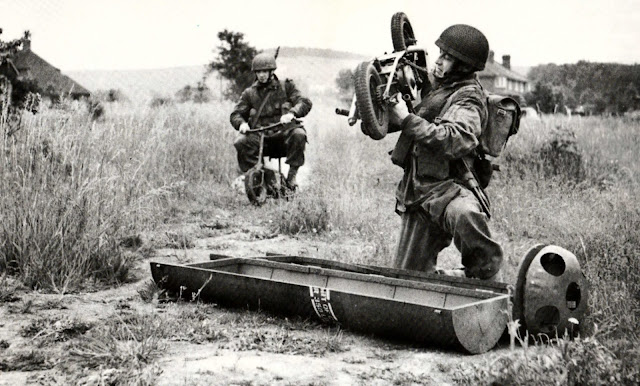 Designed as minimum powered transport for paratroopers, these were intended to be parachuted in with the troops, once located, the can is opened, seat and handlebars folded out into a workable minibike. One speed, push to start, 30 mph top speed and enough fuel for about 90 miles, I wonder how many saw effective use. More here.

The idea was carried on after the war, kickstart and lights were added to make a civilian version called the Corgi. Between 1948 and 1954, 27,000 were made. Another postwar motorcycle oddity.