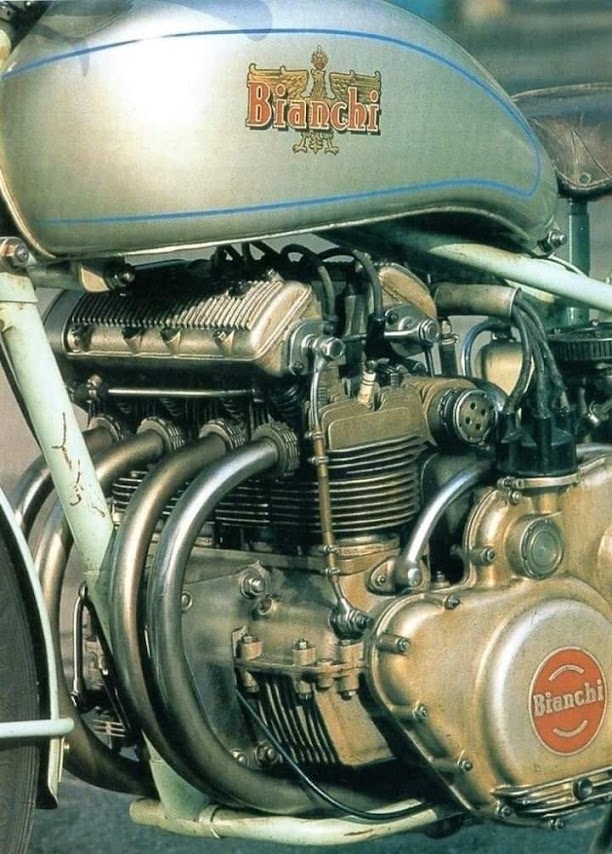 Almost looks modern! Bianchi was successfully competing with single cylinder motorcycles, but Gilera's 500 Rondine of 1935 prompted them to develop their own supercharged DOHC inline 4. This bike was presented at the 1939 November Milan show but the onset of war meant the end of the program. The engine reputedly produced 75 hp at 9000 rpm. Strange exhaust pipe routing.
Posted by Mister G at 10:53 PM

Exhaust pipe routing might likely have been to give the thing some cornering clearance.