One man's massager is another man's parts cleaner 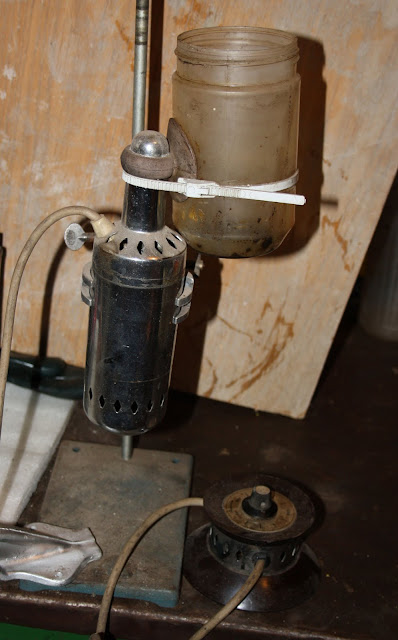 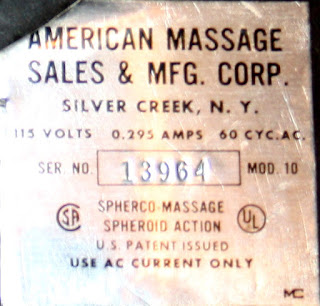 Above, a "Spherco Massage" device that I picked up somewhere.  I re-purposed it initially as a small parts cleaner.  Clamping the massager to a retort stand (and clamping the stand to a workbench--the thing vibrates!), I zip tied a plastic jar to the massager.  Add a little cleaning solvent, drop the part it, and set it to vibrate (it's controlled by a rheostat, so you can adjust the intensity).  Works nicely.  I've since discovered that it is also effective with spray paint cans.  Simply put the spray can upside down into the larger plastic jar (emptied of solvent, of course) and set it to vibrate for 15 minutes or so. The paint gets well-mixed.

The company itself goes back to at least 1960, when the "Spherco" trademark was first registered.  In 1964 the company had an exhibit at the New York World's Fair.  It seems that it distributed through franchisees. In 1974, you could become a dealer for $200.  I don't think the company is still around anymore.
Posted by The Duke at 9:38 AM