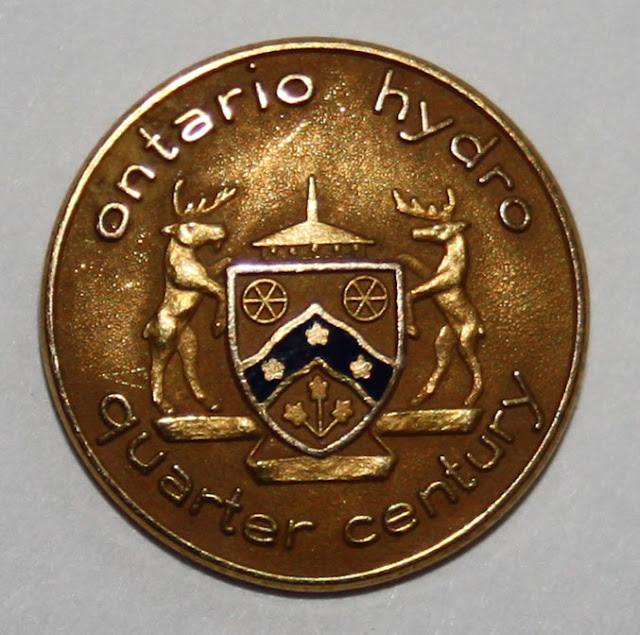 In Canada, all Canadian citizens or corporate bodies can petition to receive a grant of armorial bearings.  I don't know if this coat of arms was the official one, but I've read that Sir Adam Beck did have the motto Dona naturae pro populo sunt ("The gifts of nature are for the people") on the original Hydro coat of arms (which was supplanted in 1962 by the famous plug logo designed by Canadian Allan Fleming). Beck also once said that he wanted to "forge a band of iron around hydro to prevent its destruction by politicians." Too bad we couldn't magnetize his remains and put them in the middle of a coil of wire, since we could generate a lot of electricity from the degree that he must be spinning in his grave with the current provincial government's sale of Hydro One.

Below, my own family coat of arms: 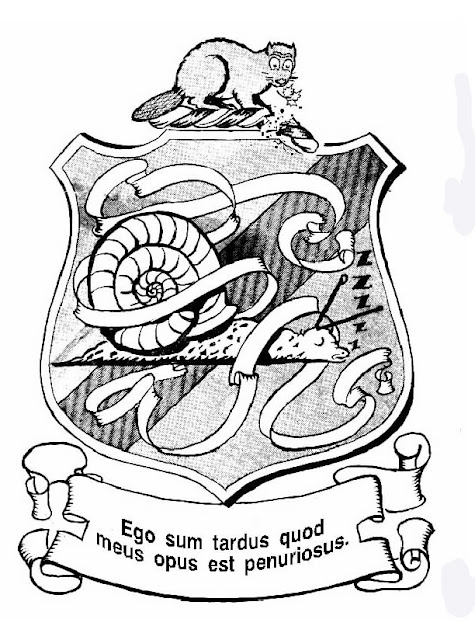