Missed business opportunity; Autogyros for everyone! 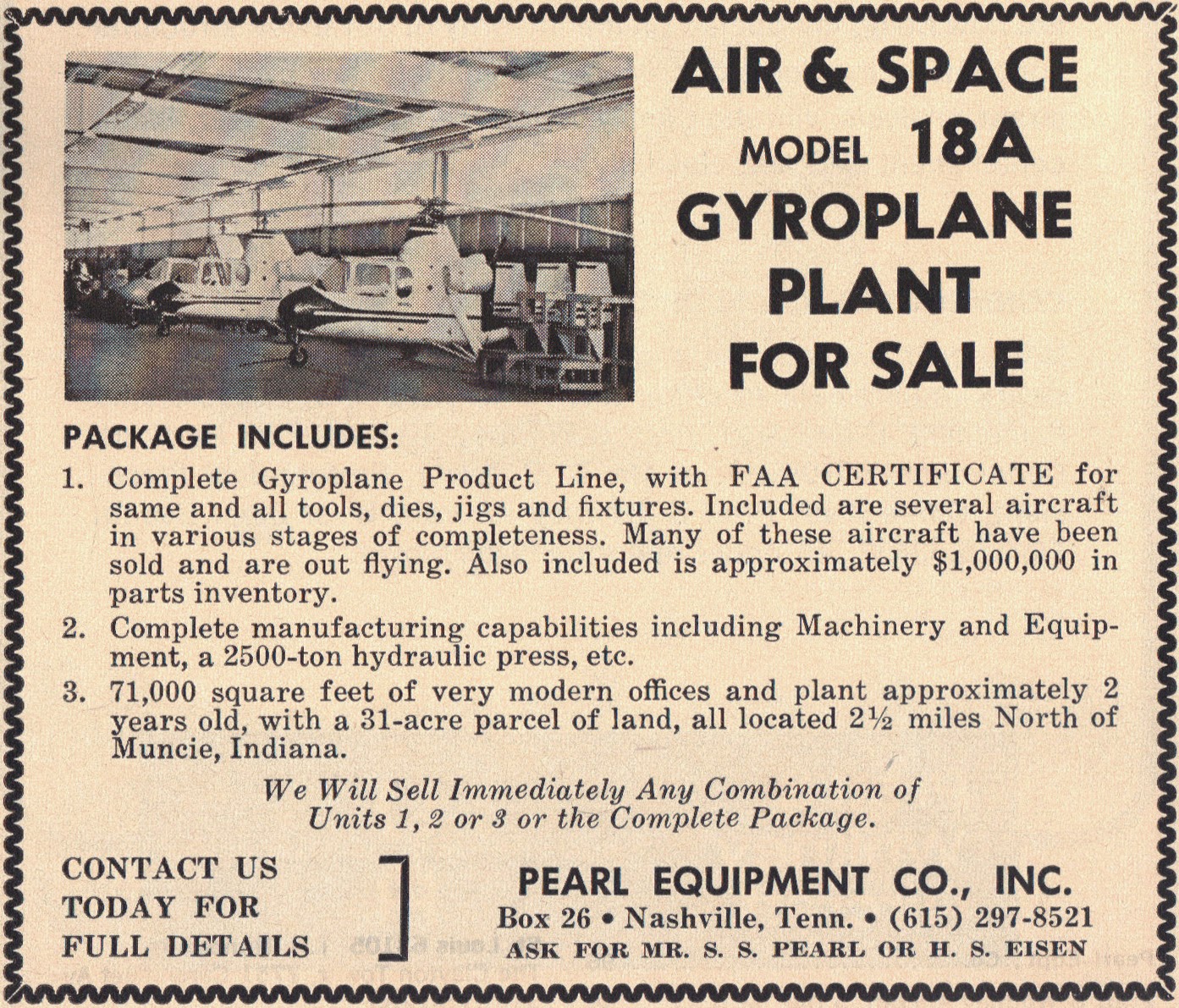 These were the 1969 assets of the Air and Space Company, a corporation owned by about a hundred Umbaugh Aircraft dealers, who bought up the remains of the Umbaugh Aircraft company which had failed in 1962.
In an effort to put an autogyro into production, Raymond Umbaugh had contracted Fairchild in the late 50s to develop and manufacture what they called a "gyroplane" but that agreement fell flat, resulting in the collapse of Umbaugh's company. The assets shown were not sold and were put in storage till the 1980s when the company was reformed. That company, now named Heliplane Aircraft International apparently existed till about 2011... All in all, it seems to be a sorry tale.
Previous Auto Gyro posts...