The patent on the ratchet driver above was awarded in 1931 to N.F. McNaught and Edward Henry Peterson of Chicago, and assigned to the Duro Metal Products Company of the same city. 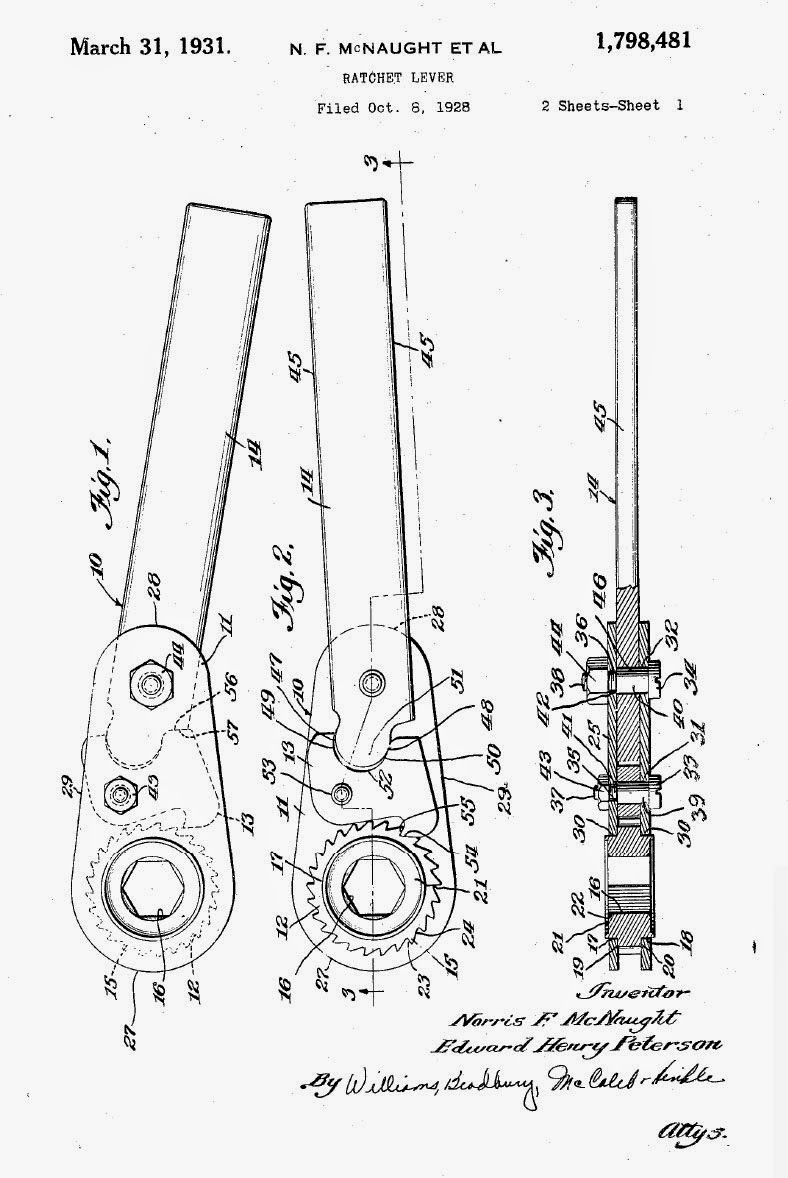 Duro started off making hand tools.  It was associated with Indestro, but Duro's products were considered of a higher quality.  So, the above tool may well have been sold as an Indestro produt. 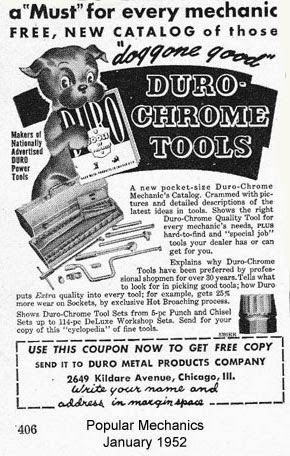