Below, an old fire extinguisher I have hanging in my shop, manufactured by Bickle-Seagrave Limited, Woodstock, Ontario. 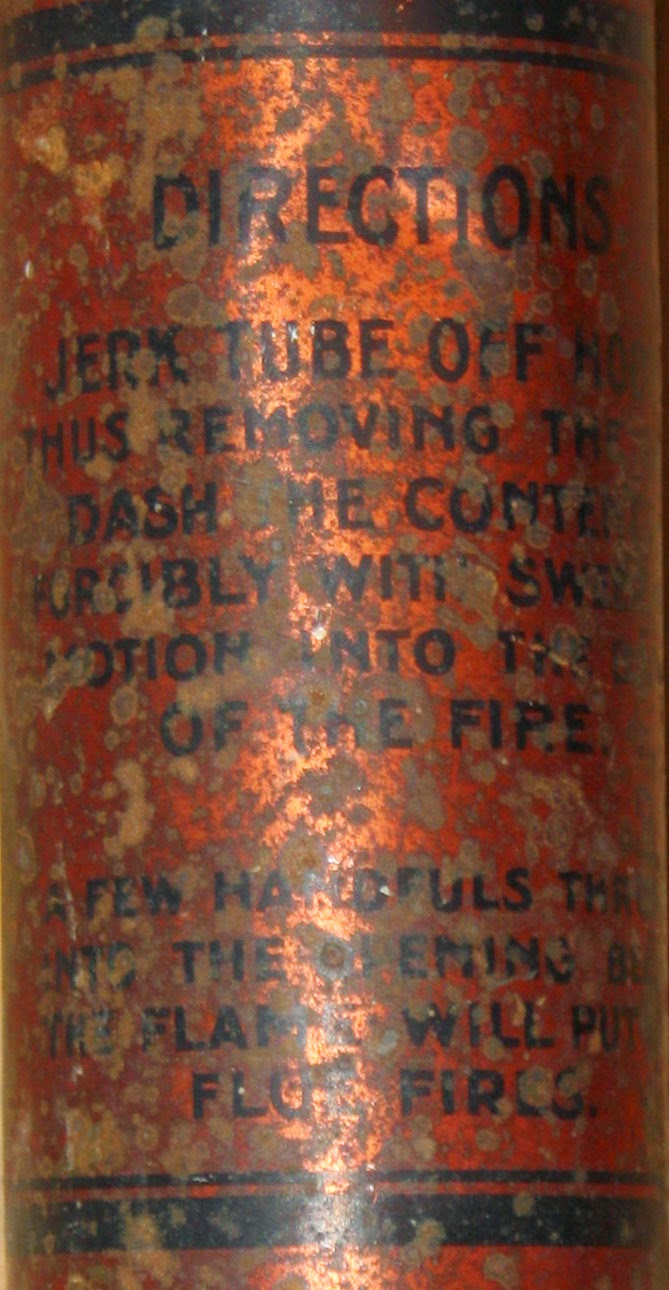 The directions above read:

"Jerk tube off hook
thus removing the cap
Dash its contents
forcibly with sweeping
motion into the base
of the fire.

A few handfuls thrown
into the opening below
the flame will put out
flue fires." 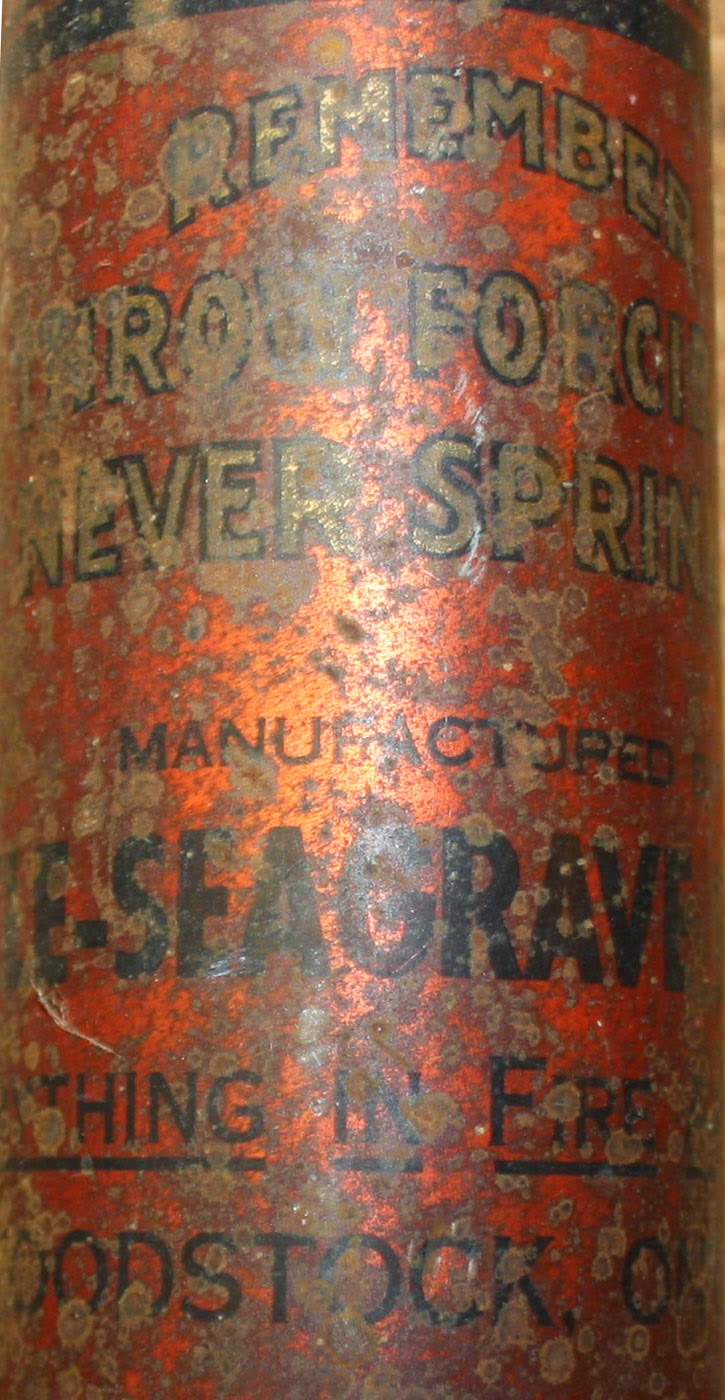 According to Putting Out Fires and The Bickle Story by Walter M.P. McCall:


Starting in Winnipeg, Manitoba, in 1906, Robert Bickle founded the R.S.Bickle Company, specializing in two-wheeled, horse-drawn chemical carts.  In 1913, they moved to the former home of the defunct Woodstock Automobile Company in Woodstock, Ontario, expanding into the production of motorized fire equipment, including hook-and-ladder trucks.  In 1919, the company became Bickle Fire Engines Limited.  In the 1920's, they succeeded in becoming agents for the Cincinnati-based Ahren-Fox fire engines, manufacturing them entirely in Canada.  (One of these engines, purchased in 1924 by the Kingston Fire Department, still has pride of place in a Kingston firehall.  Years ago, a friend of mine who was a captain with the force and the only person qualified to operate the Ahrens-Fox, invited me to ride along on this vintage firetruck during the Kingston Santa-Claus parade.  It was a hoot!) The company's motto in 1928 was, "Strictly Canadian--Built by Canadians."  They offered four models of their own fire engine:  the "Volunteer," "Chieftain," "Woodstock" and "Canadian."  In 1936, they acquired the rights to sell the American Seagrave apparatus in Canada, becoming Bickle-Seagrave.  In 1945, family ownership was transferred to a Toronto holding company.  In 1954, a Woodstock industrialist bought the company, but financial difficulties forced the company into bankruptcy in 1956, but it was rescued by Vernon B. King, who renamed the company King-Seagrave.  Under various ownership, it prospered for the next few decades, but closed in 1982 and, after a brief reorganization, declared bankruptcy in 1984. 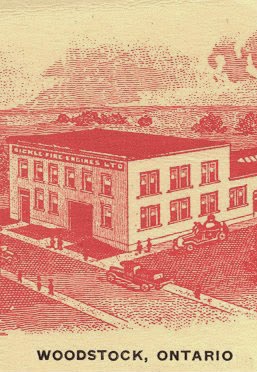 I have one of these extinguisher from my grandfather....does it have any value?