Five Roses flour & The Lake of the Woods Milling Company 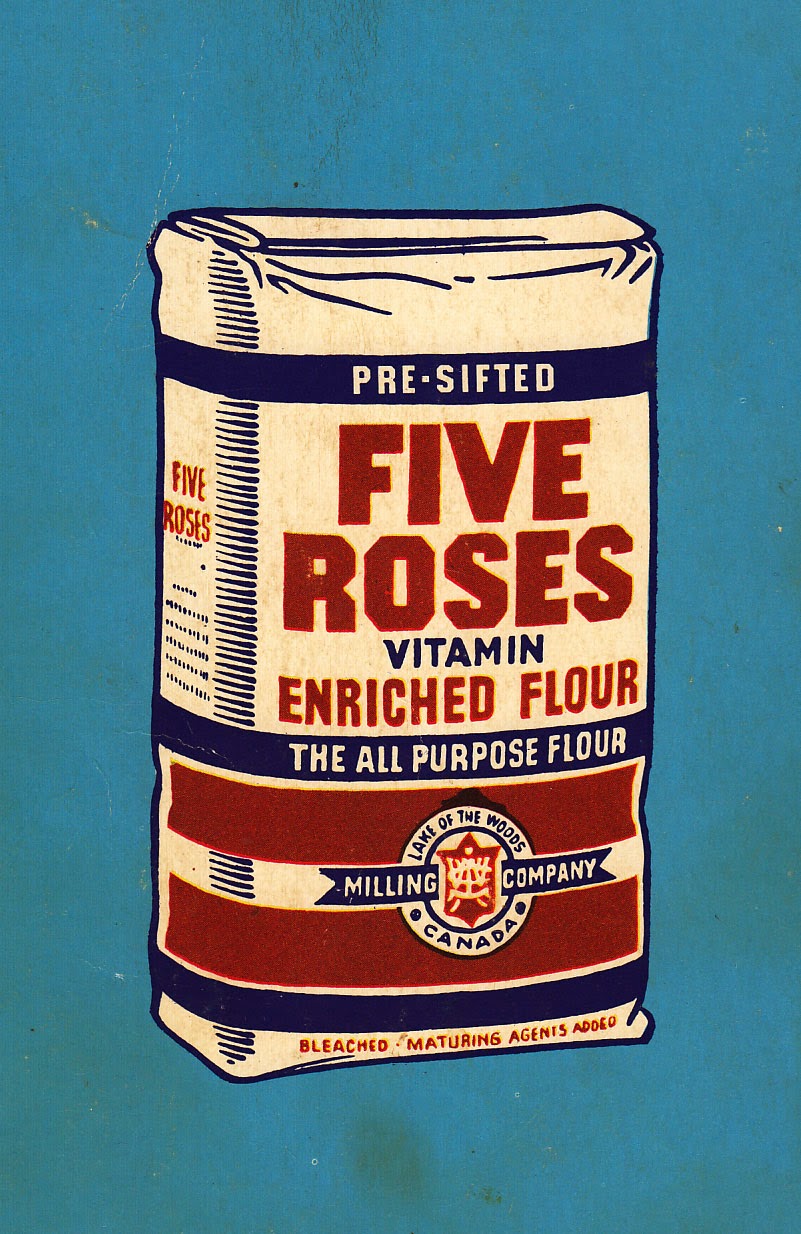 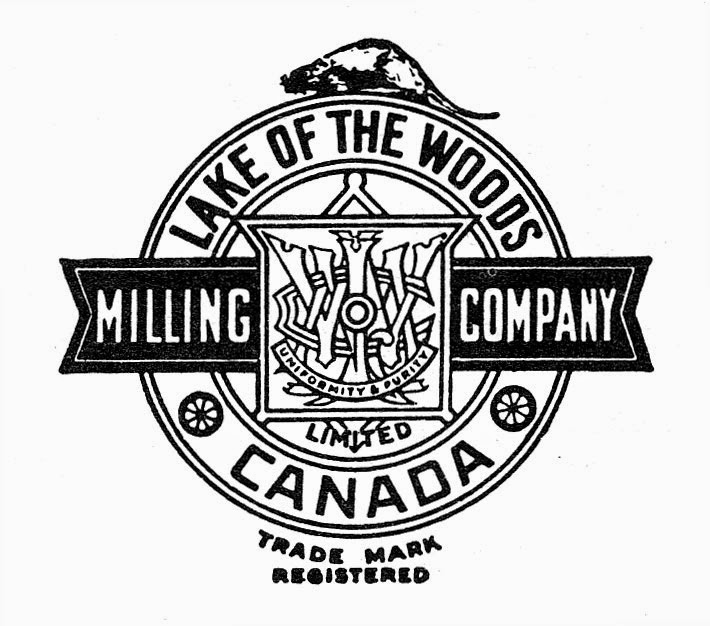 The Lake of the Woods Milling Company was founded in 1887, with a mill in Keewatin, Ontario which became one of the largest flour mills in the British Commonwealth.  In 1954, the company was bought by another long-established Canadian firm, the Ogilvie Flour Mills Company of Montréal.  (When Sir William Van Horne, who pushed the Canadian Pacific Railway to completion in the 80's of the last century, was asked by a British visitor to name the national flower of Canada, he replied, "Ogilvie Flour, of course.")  In 1967, the original Keewatin Mill burned to the ground, ending 79 years of production.  It was not rebuilt and 130 workers, half the workforce of the northern Ontario town, were put out of work. In 1994 the Archer Daniels Midland Company of Chicago bought the entire Ogilvie operation.  The "Five Roses" brand was acquired by the J.M. Smucker Company of Orrville, Ohio in 2009.

The Five Roses Cookbook first appeared in 1913, and is now on-line as "My Cookbook."  Below, from the 1962 revised edition: 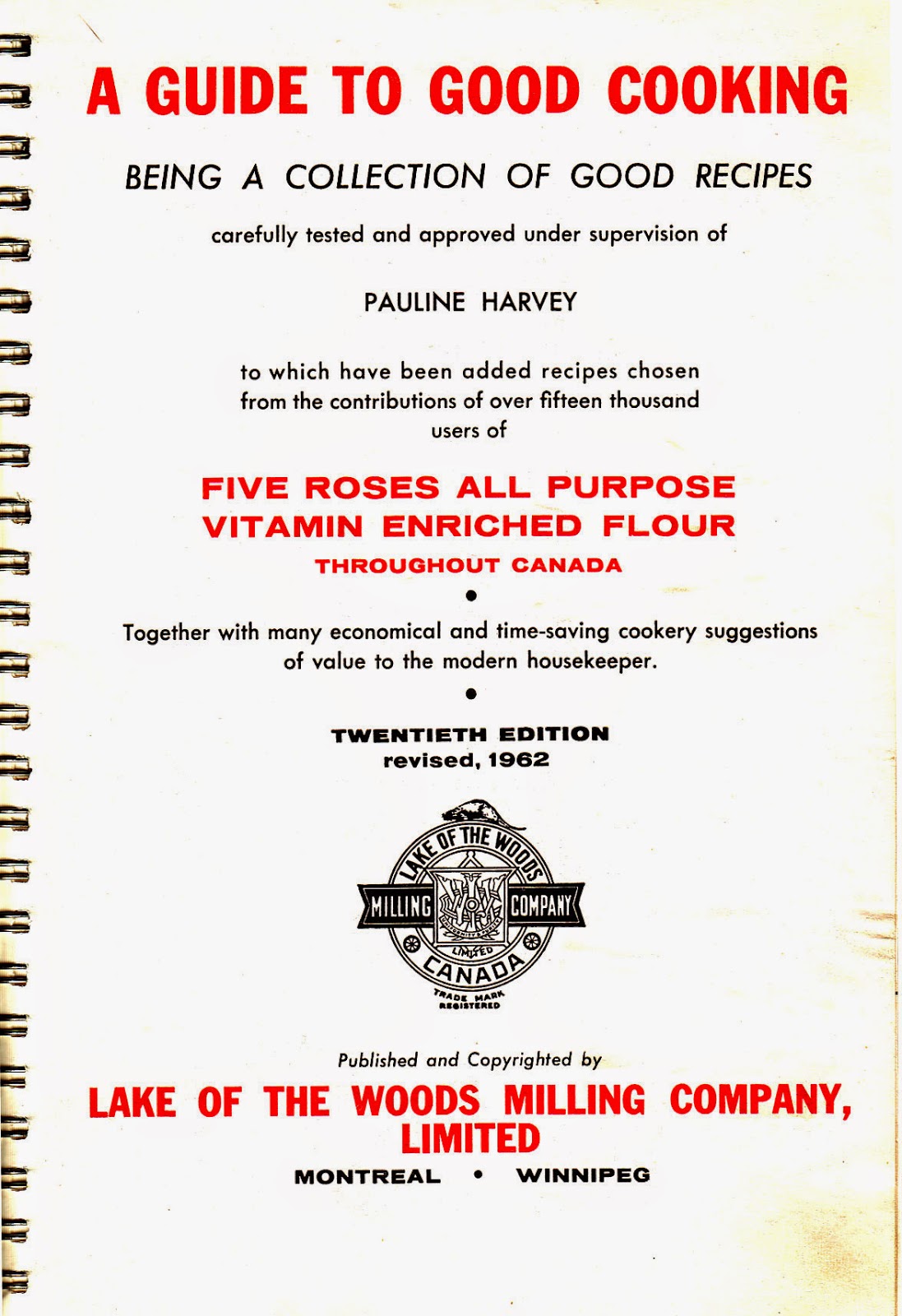 It is interesting that it placed such a strong emphasis on Canadian products.  That's pretty much gone today. 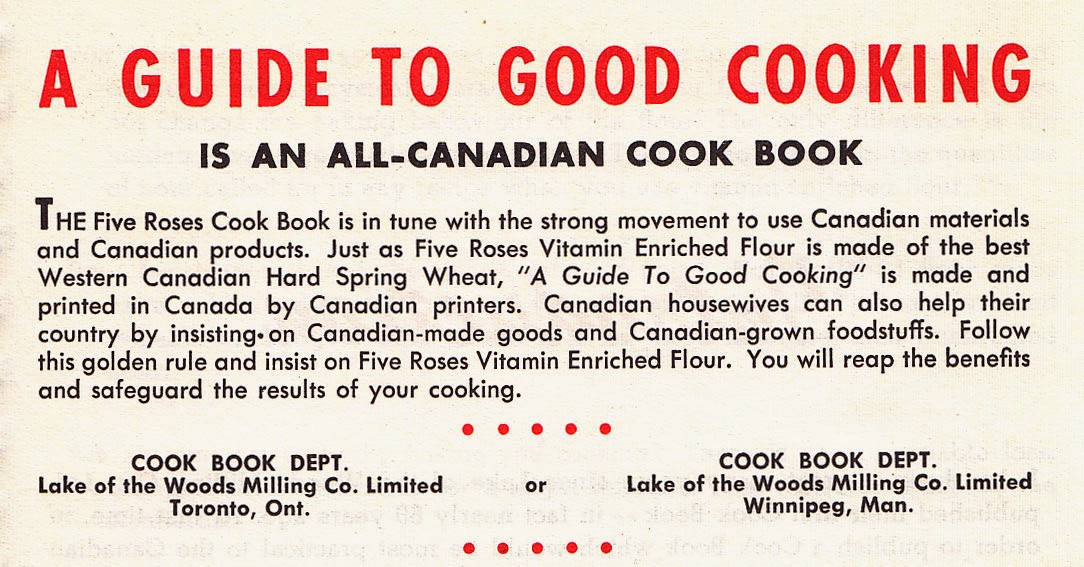 The book also included coupons for other company cook books: 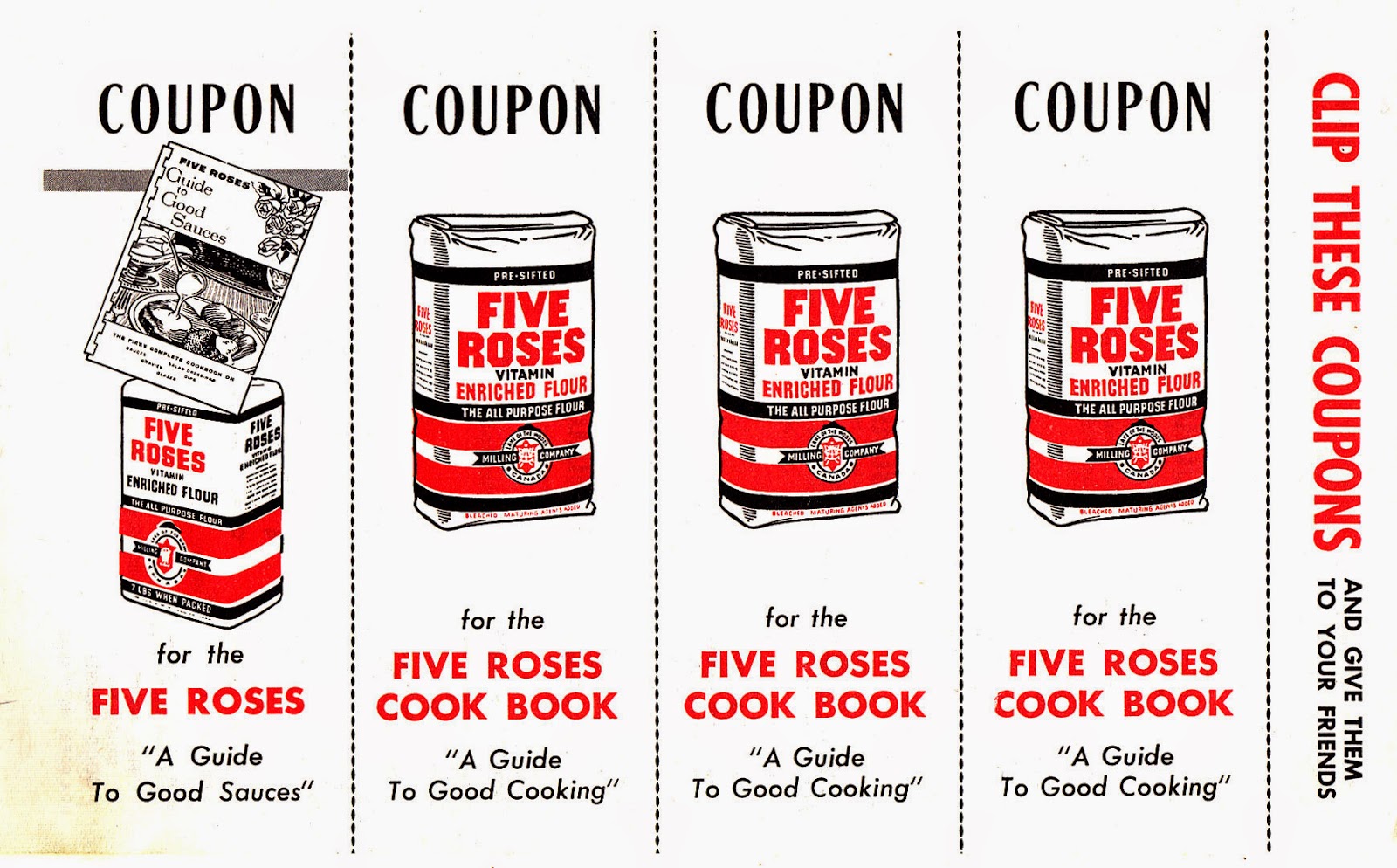 Also of interest was the fact that, even in 1962, instructions were provided for ways to bleach the flour bags, presumably so they could be used for other things.  The recycling ethos was still in place back then. 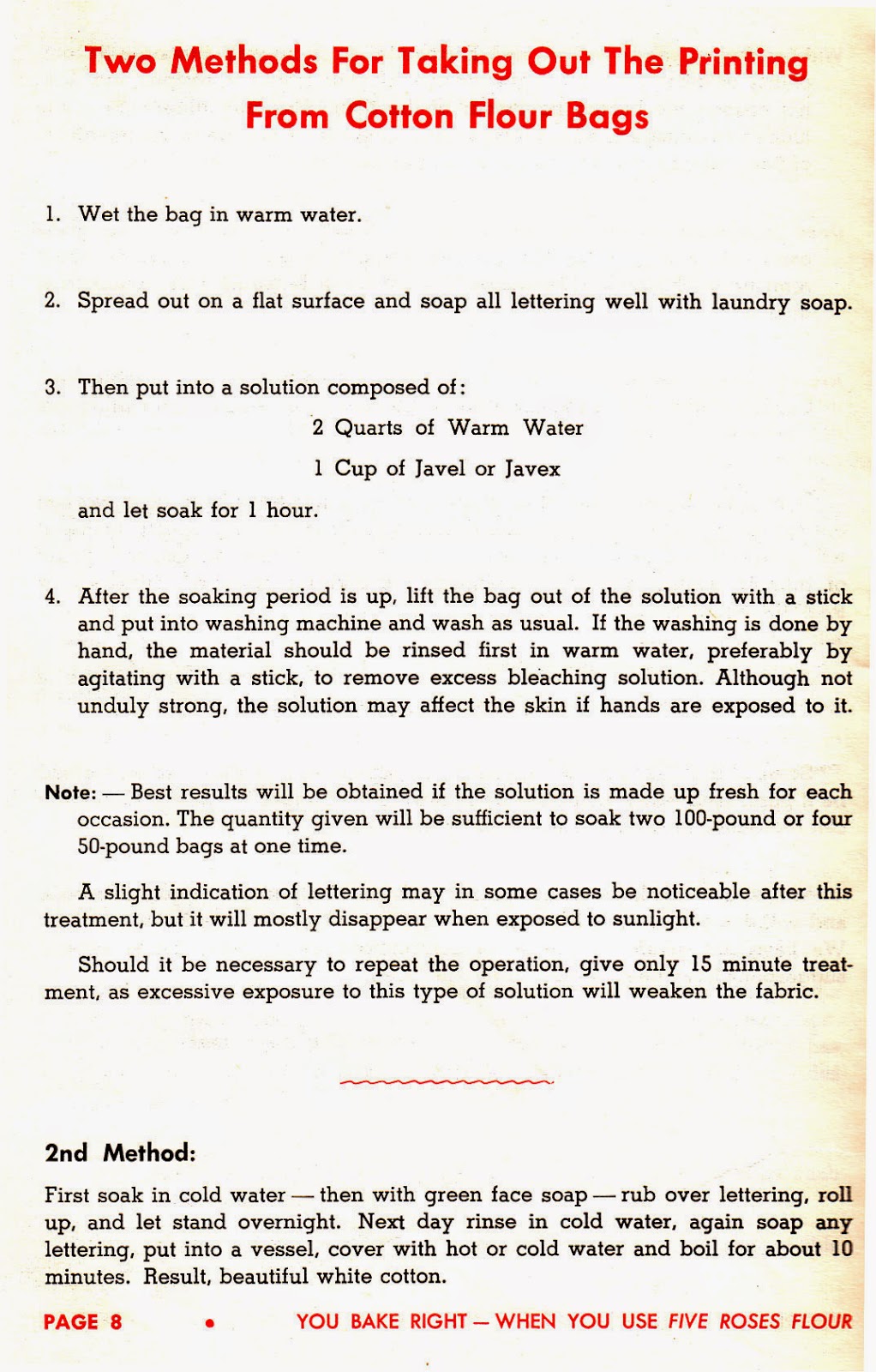 I was cleaning out my cookbooks today also recipes, and I came across a black hard cover book entitled A Guide To Good Cooking. LAKE OF THE WOODS MILLING COMPANY. Compiled by the makers of FIVE ROSES FLOUR. Copyright Canada. 1932. A collection of good recipes carefully tested, and approved by expert authority, under the supervision of Jean Brodie. It's in very good condition. Just finished looking through it February 28, 2020.

This must [redate the Five Roses cookbook? Could you take a nice arty photo and send it to gerald@vanwyngaarden.ca. ?
I'll add it to the post! I wonder how much it differs to the later 1960s versions which someone has reproduced.