I recently picked up this Jubilee auto horn (including the original mounting bracket and hardware) at an Ottawa thrift store. It has a lovely tone and I plan to install it on my Norton-sidecar combination. 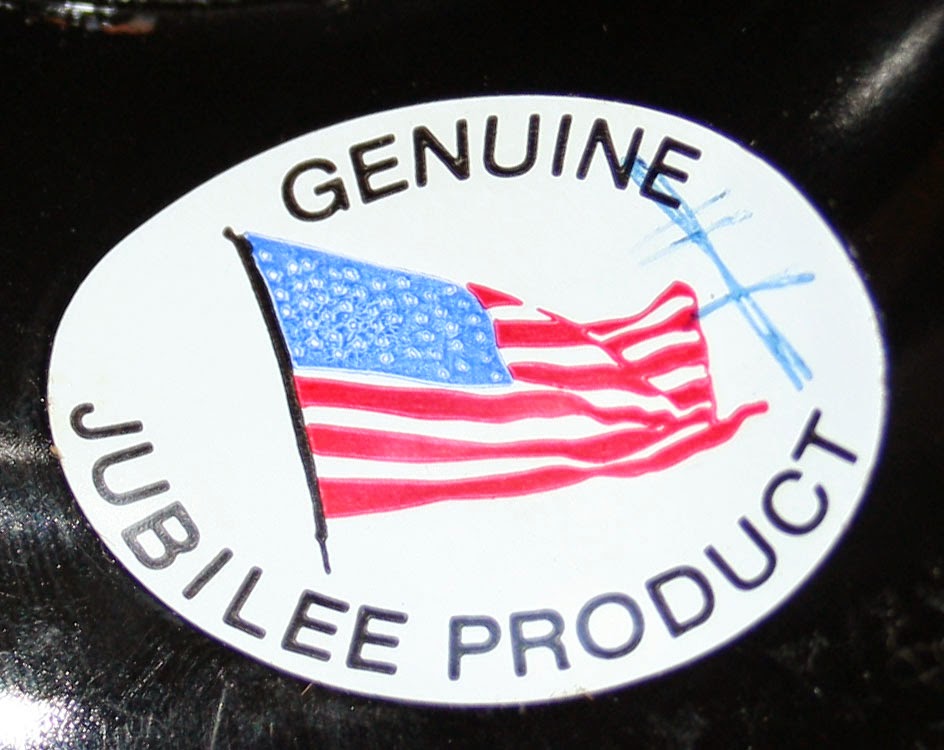 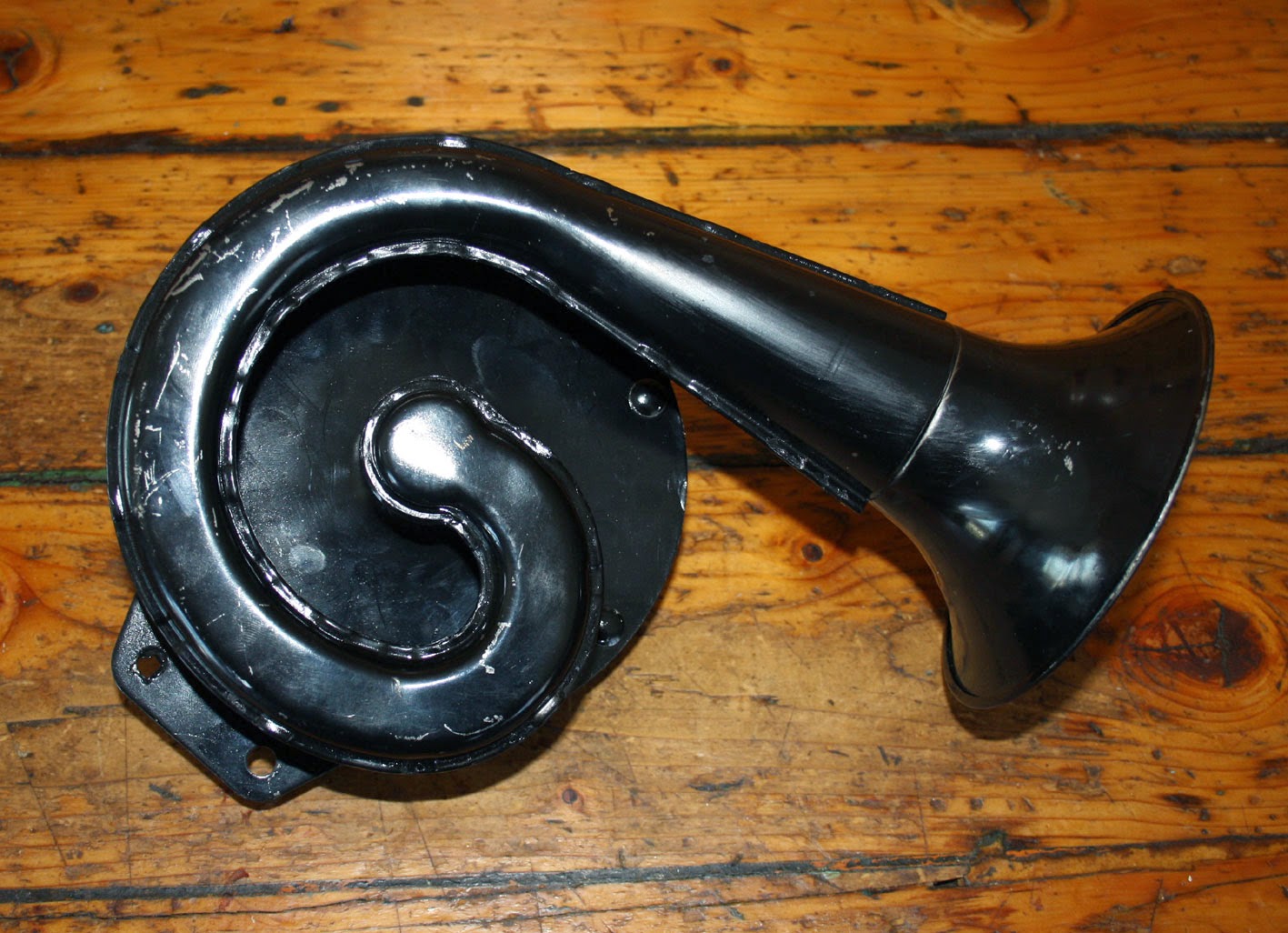 The Jubilee Manufacturing Co was based in Omaha, Nebraska and dates back to the early decade of the last century, when they made the "Jubilee Self-Heating Flat Iron."  Nothing like a liquid fuel-burning iron to add a little excitement to that otherwise boring activity!

By the next decade, they were offering automobile "spark intensifiers" and windshield wipers.

In the early 1920's, they expanded into spark plugs, visors, hose clamps and even crystal radios.  Then, at least by the 1930's, they began to produce electric horns.  Below, a 1936 patent assigned to the company by the inventor: 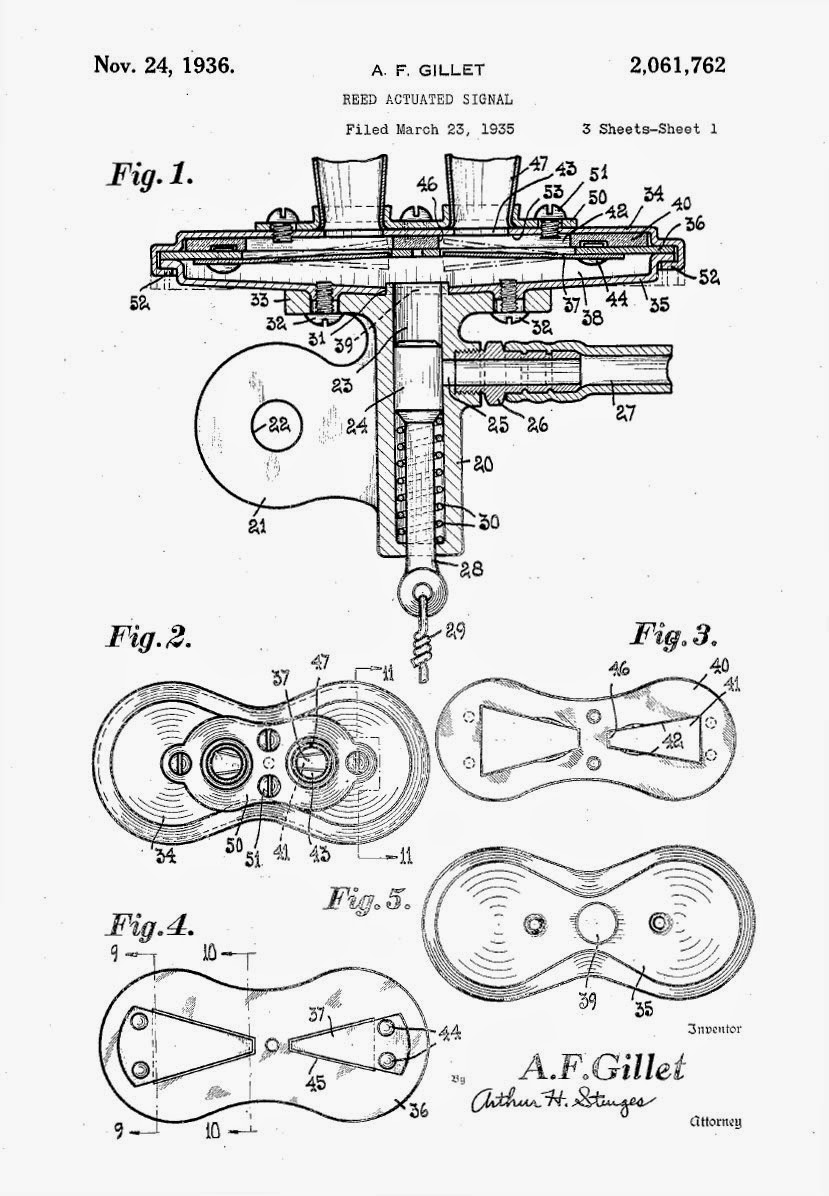 Auto horns seem to have become their primary product and by the 1950's they were OEM suppliers to manufacturers like Chrysler and Harley-Davidson.

In the 1950's, the company was featured on an "Industry on Parade" film produced by the National Association of Manufacturers entitled   "Horns Aplenty!"  This included segments on horn manufacturing, women assemblers and cattle-calling horns. Eventually, in the 1970's they offered programmable horns that could play melodies like "Dixie" and "The Eyes of Texas." 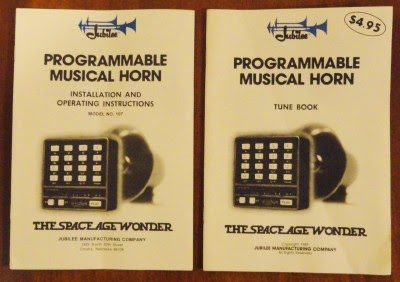 These horns were apparently so ubiquitous that Cycle World lampooned them in their April 1984 issue (with illustrations by Bud Rembrandt, probably no relation to the more famous painter): 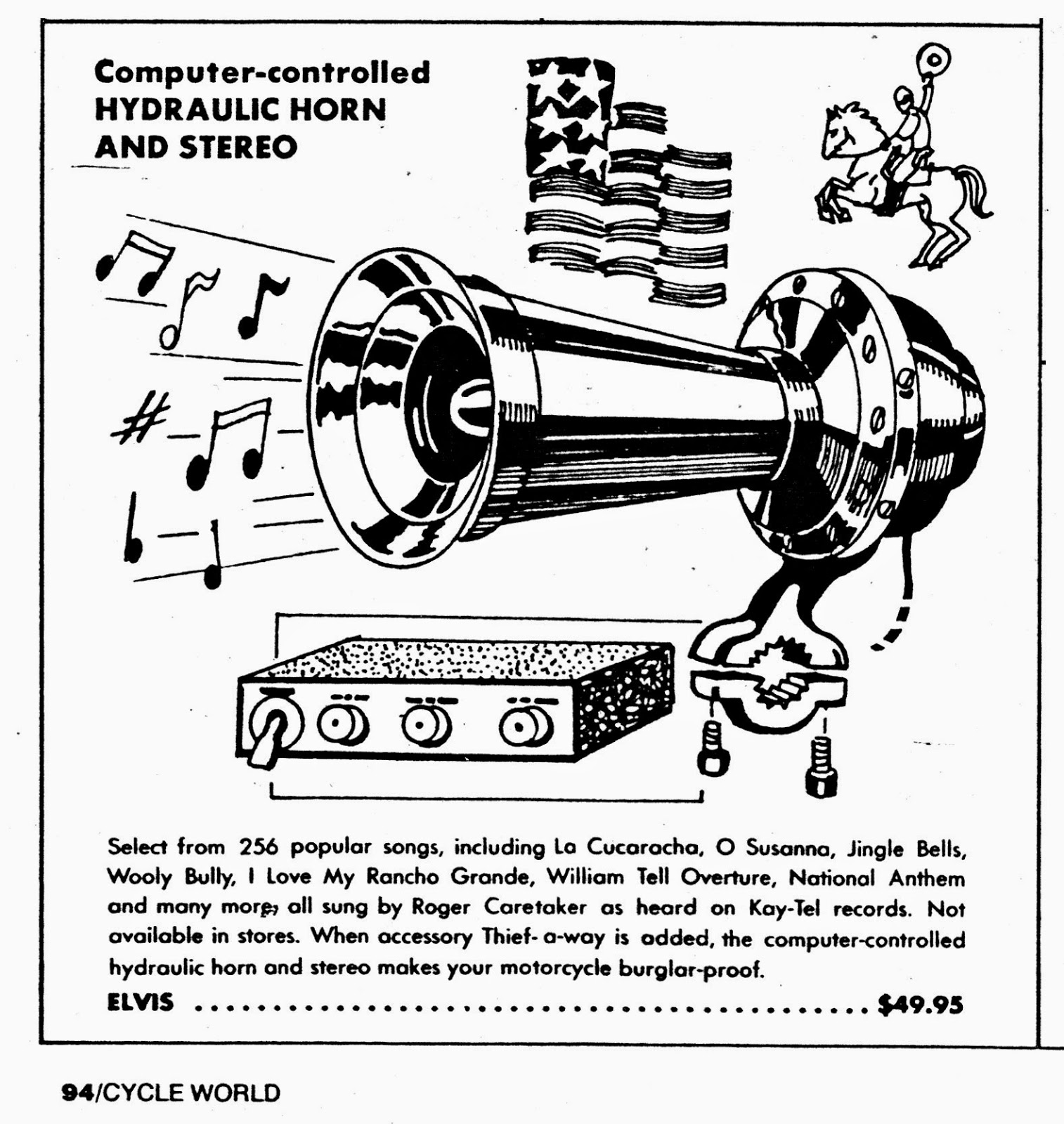 The Jubilee trademark expired in 1992.  So, I suppose, did the company.  On google maps, their former location (1931 South 20th Street in Omaha, Nebraska)  is not prosperous.  To quote T.S. Eliot, "This is the way the world ends: Not with a bang but a whimper." 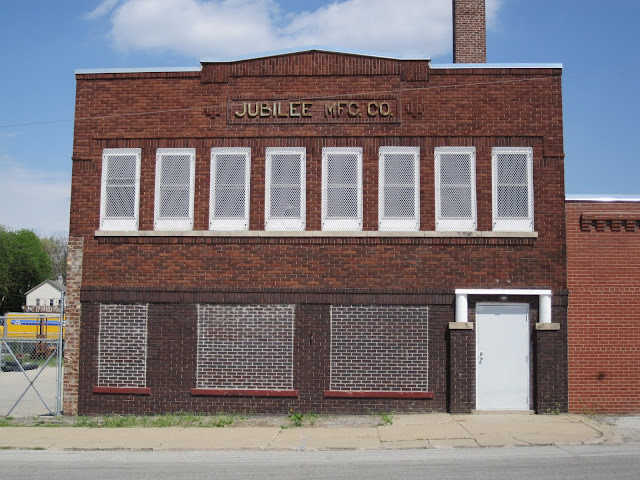 Below, a family photo of Mr. John L. McCague at his desk in Omaha, using a very modern Dictaphone, alas no date but I'm guessing late 1930's or early 40's. An artifact from an almost bygone world of small homegrown manufacturers who actually made real things that were useful and lasted.

Mr. McCague (1888-1974) headed the Jubilee Manufacturing Company from 1915 until his death, and was rightly proud of his company's reputation as the largest manufacturer in the United States of specialty horns for cars, trucks, and boats. (One of his customers was President Lyndon Johnson, who had a Jubilee cattle-calling horn installed in his Lincoln Continental and used it on his Texas ranch, terrifying reporters who rode along as he summoned cattle while driving off-road at high speed.)

How proud of Jubilee's products was Mr. McCague? Here's a clue. When his daughter gave birth to his grandson, in 1945, he wrote her a congratulatory note which said in part: "So the young man weighs seven pounds, seven ounces. Just the weight of a No. 125 Jubilee twin horn, but much harder to manufacture. I understand he has been built to very close tolerances, but that all dimensions gauge up correctly. Also that this particular model has been put out with a beautiful finish and plenty of eye-appeal."