Below, the few Mibro tools I've managed to turn up over the years: 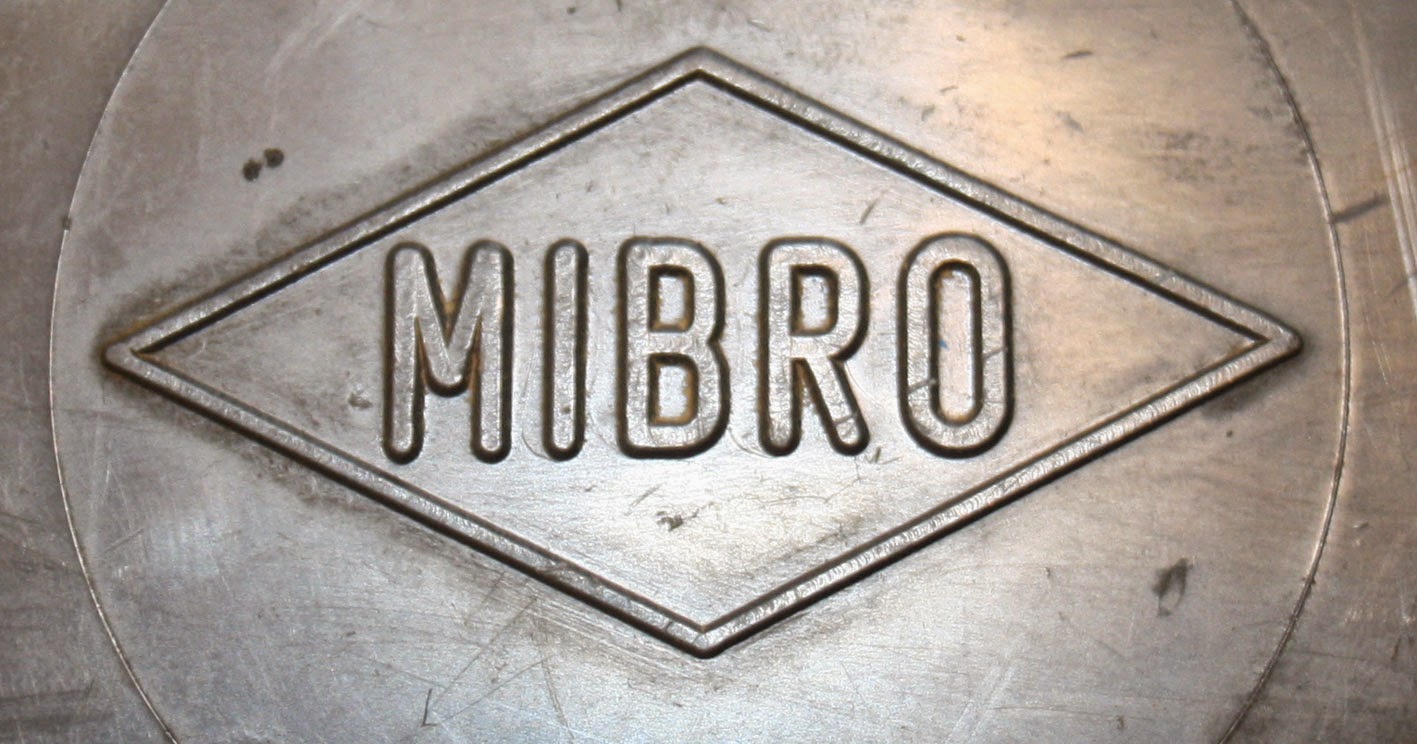 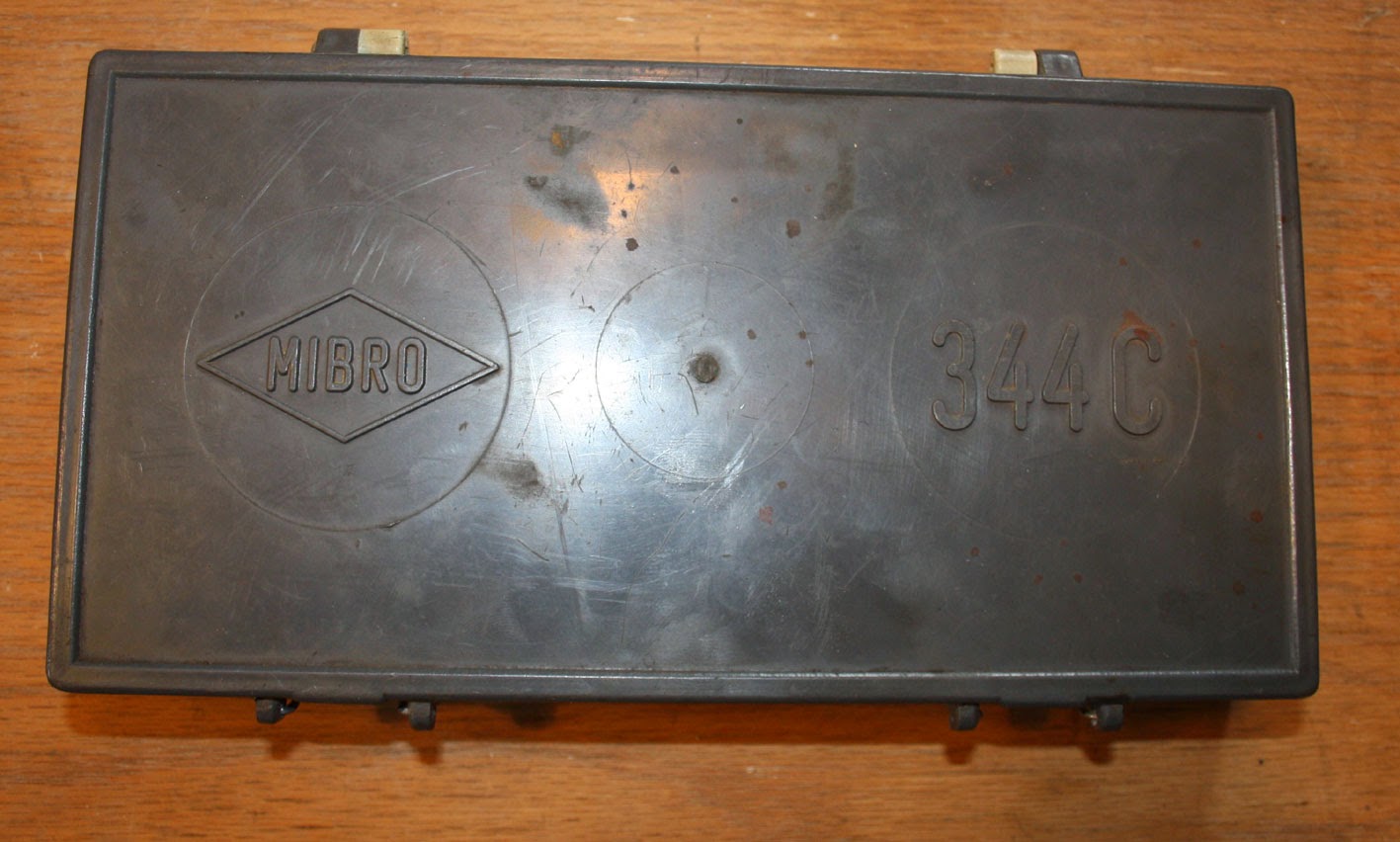 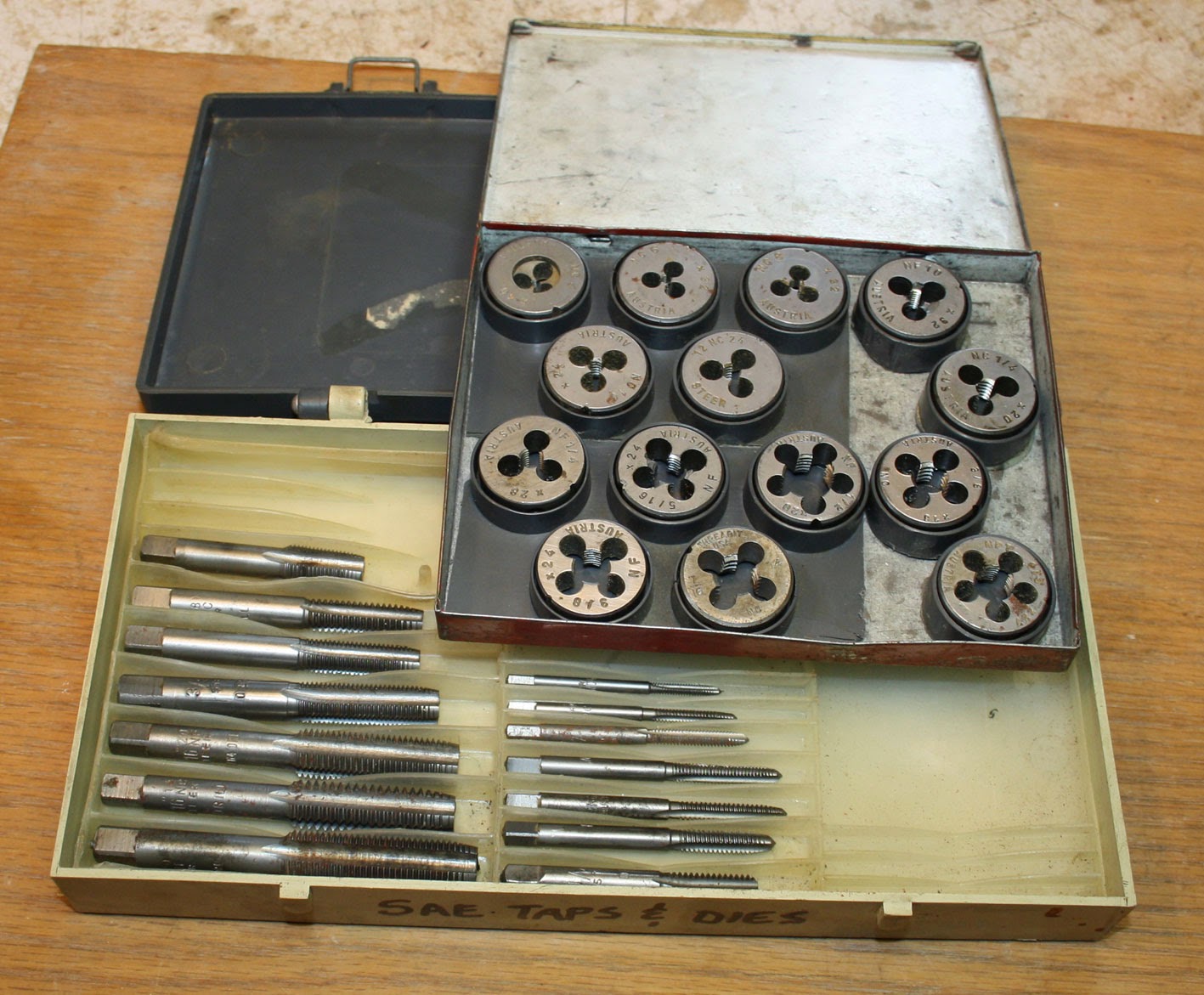 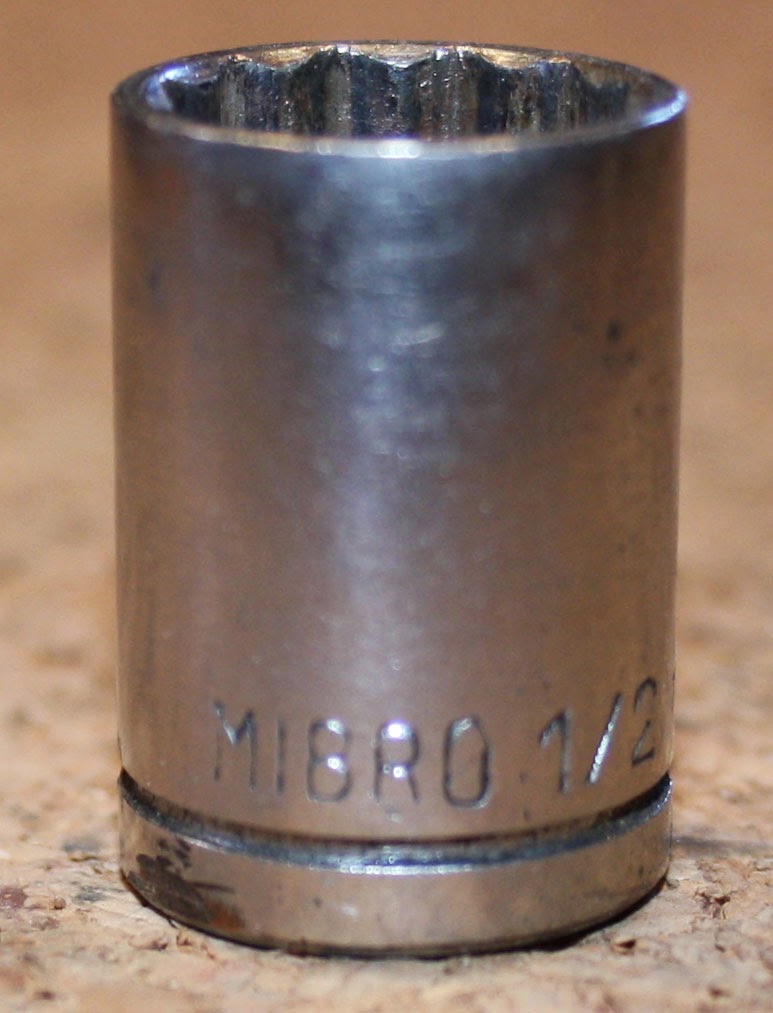 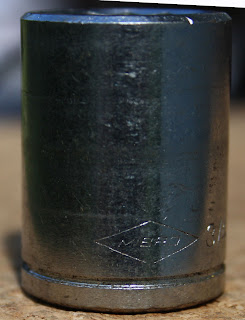 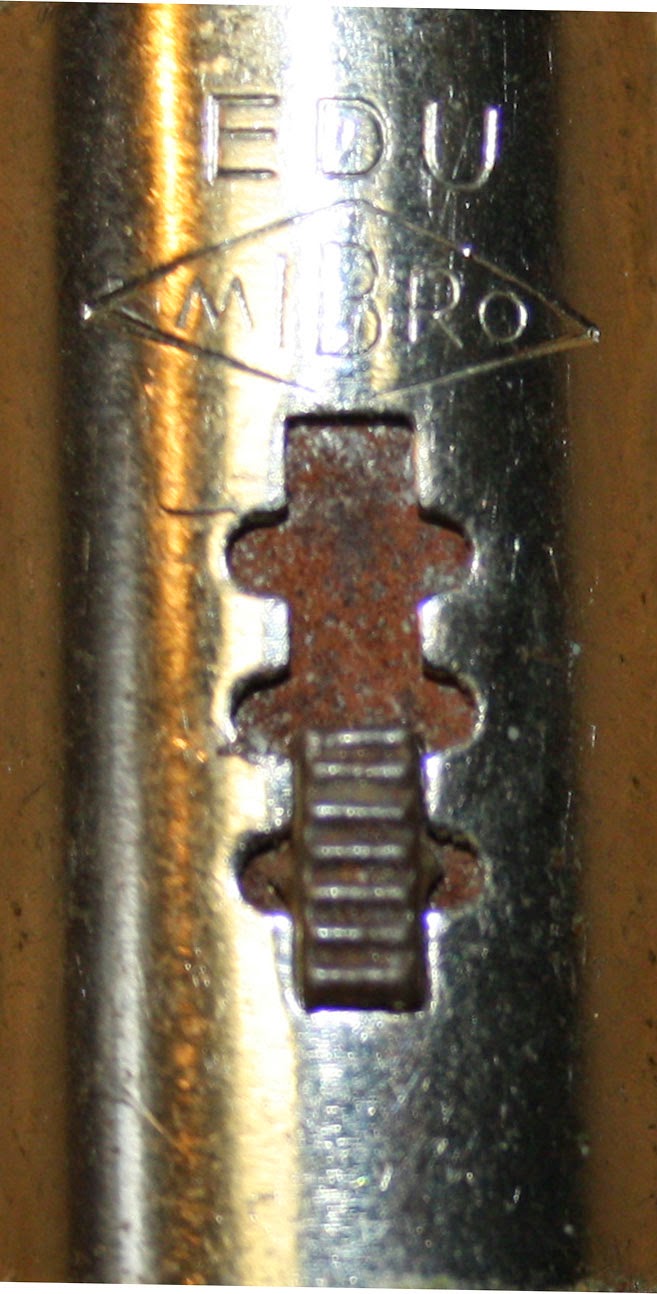 I can't find any information on this German tool maker which, like Hoppe, clearly made a wide variety of tools.

I did pick up a 3/4" brad-point drill bit made by Mibro and packaged by the long defunct Beaver Lumber chain, so obviously at one point they were available through these Canadian hardware stores.

Of interest, all of the taps and most of the dies in my Mibro set are marked "Steer" and many are marked "Austria." 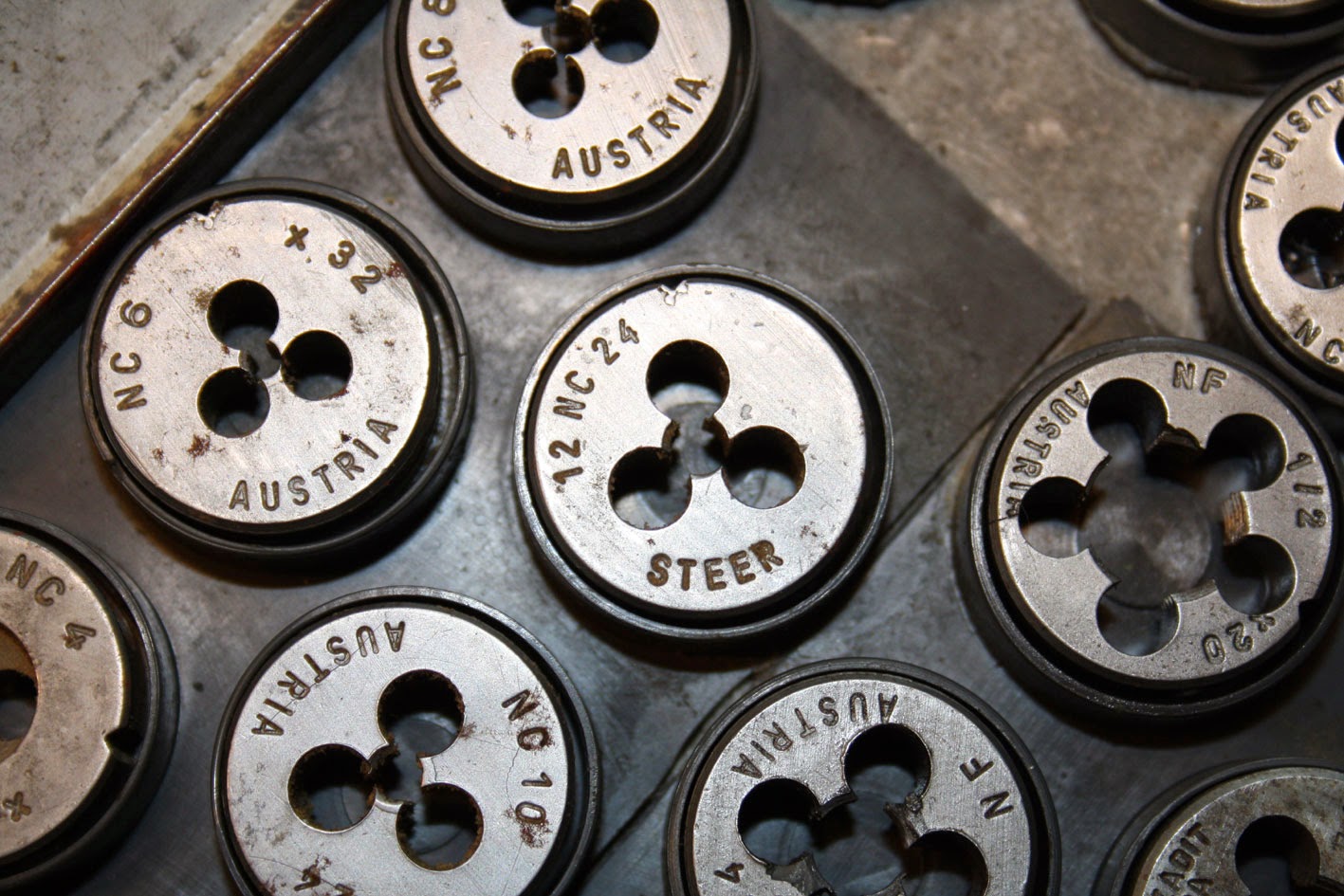 So, was "Mibro" a brand of "Steer" (or vice-versa) or was Mibro like Sears, a retailer that sold various tools under its own name?

There is a Canadian tool company by this name, but I don't think it's the same.  All its website reports is that it has been around for more than 60 years.  To its credit, that company is one of the sponsors of the Toronto Tool Library.

Since posting this, a received an email from Steve, a regular visitor, pointing out that the Mibro hacksaw frame bore a strong resemblance to his Eclipse 20T frame.  So, I took a photo of the Mibro, my 20T, and another frame simply marked "Made in Sheffield" and "516": 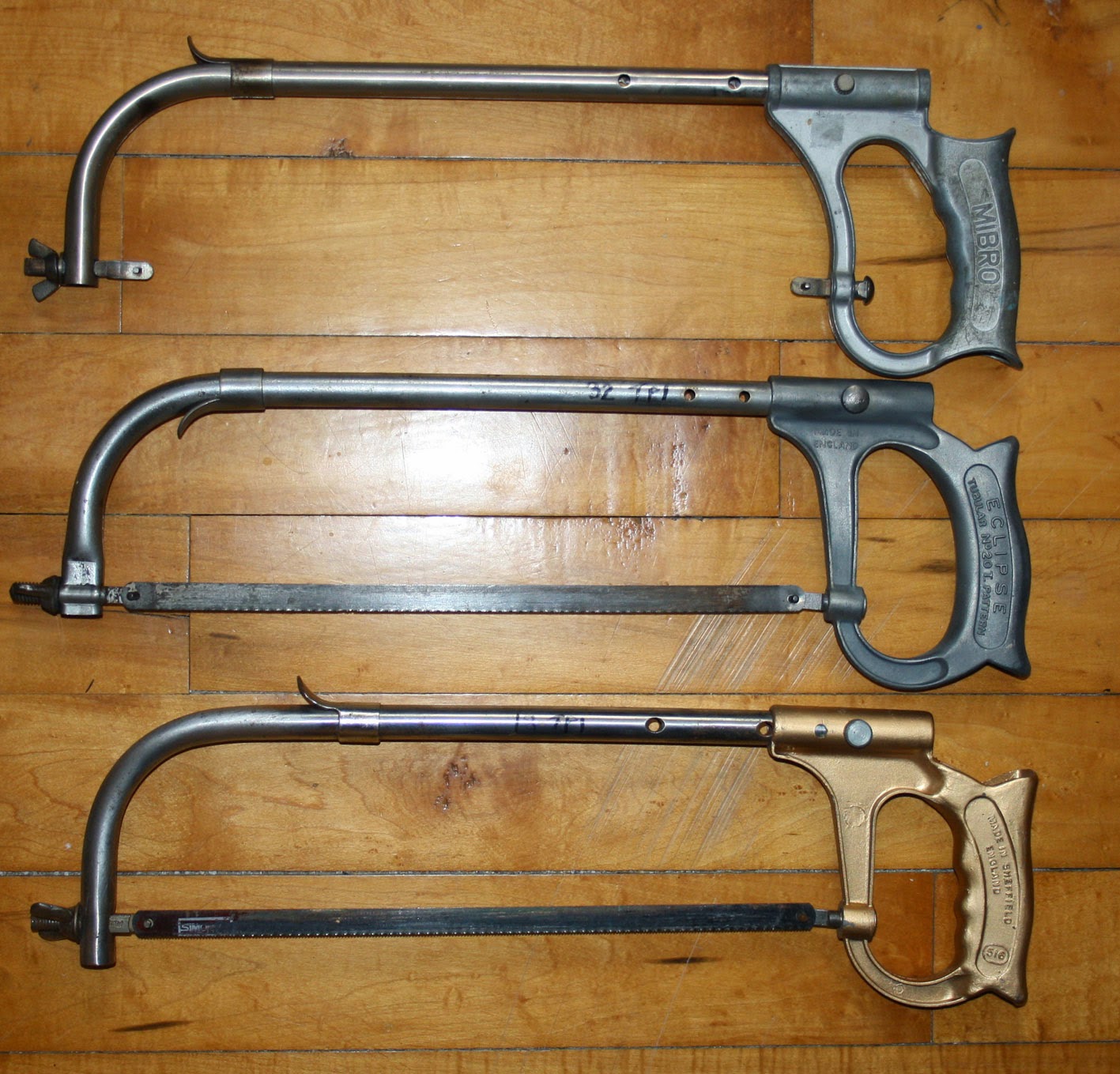 They are indeed very similar, although the "ears" on the handle of the Mibro are sharper than on the two other frames.  So, maybe there was some connection between the firms, or maybe it's just design convergence.

And finally a reader from Quebec sends these pictures of a hatchet he owns. 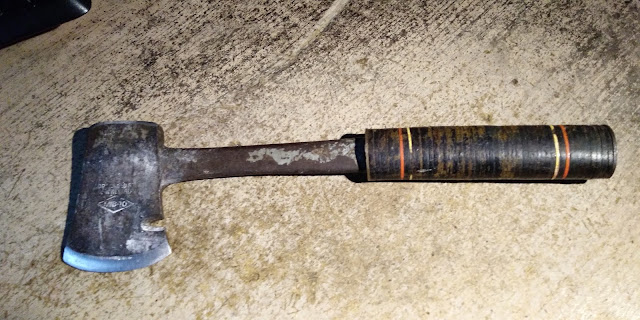 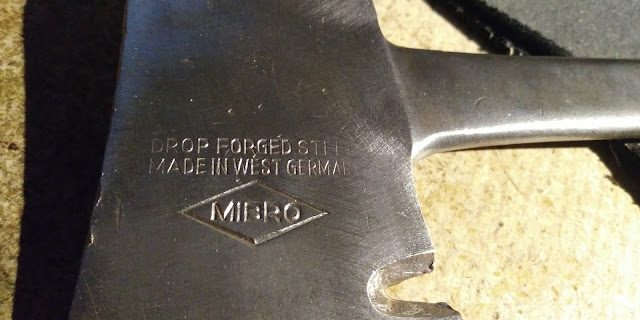 Update May 2018 A reader bought these pipe wrenches at an antique store. Though they are similar, one says Germany. 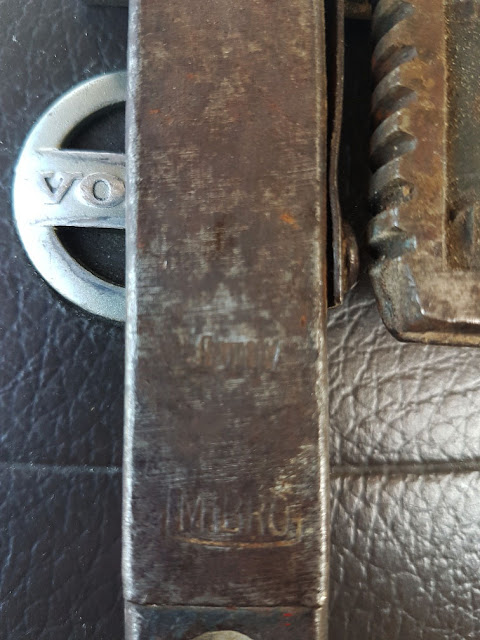 Mibro in a box, not a diamond and Germany stamped above it. Not West Germany so prewar? 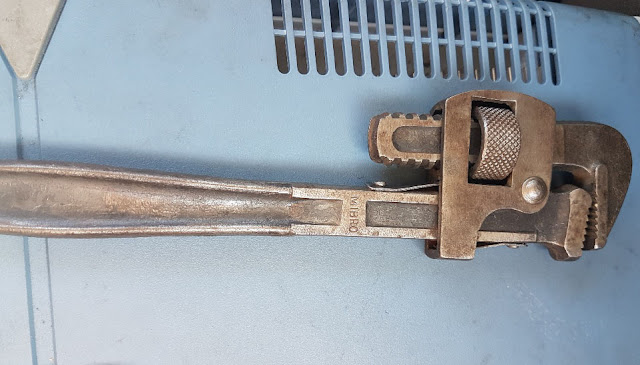 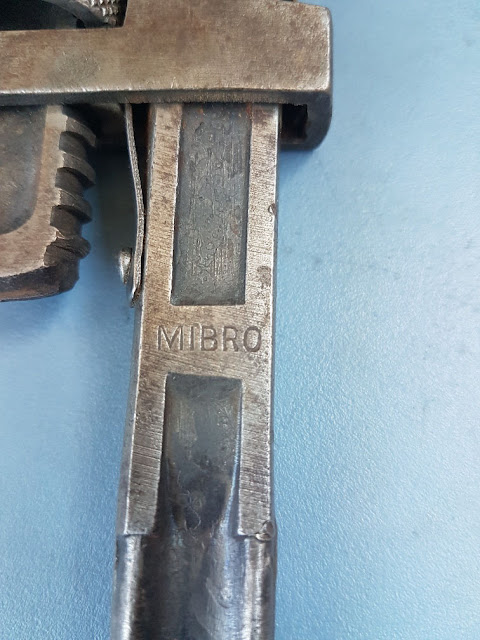 I've inherited a little Mibro hatchet from my father. would love to show you but dunno how...

Much appreciated! You could send it to my email address, gerald@vanwyngaarden.ca

I just purchased two pipe wrenches from an antique store in my travels. Both Mibro.i will email some photos. One says made Germany

I just got an axe from my father that belonged to my grandfather! I'll email you pictures to the above address

Found a spanner(adjustable wrench)at a local thrift store paid $2 for it.

Justhad a look through my dad's toolbox. Saw a few mibro sockets (with the diamond logo) easily could have been purchased at Beaver lumber, I know we shopped there somewhat regularly in the early 90's