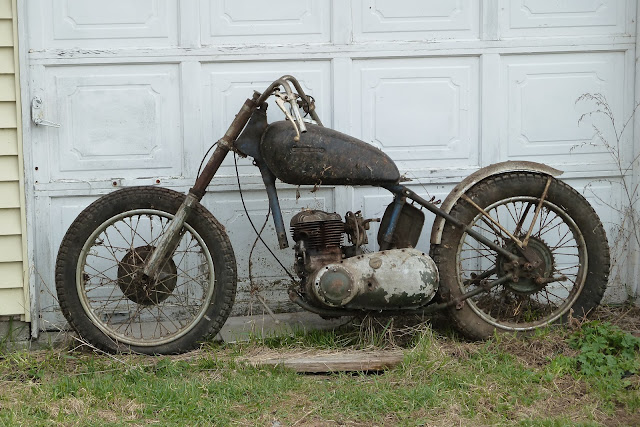 We'll start with the most flattering picture; loosely assembled, the bike above looks like it might be a nicely proportioned bobber nearing completion, but this is actually a small collection of rusty parts dumped at my place, given to me by a friend who had found it in his travels- the back of a plumbing warehouse or somewhere. It had started out as a 1956 TRW which was a 500 cc flathead twin produced by Triumph for the military market after WW2.
Apparently about 16,000 were built and the Canadian armed forces owned a fair number of them.  By the late sixties they had been declared obsolete and were sold off. Stories of bargain bikes appearing at motorcycle dealers and army surplus shops-  some still in the crate!- abound though I don't recall ever seeing one.
The one that I have apparently had been a victim of a chopper project, the frame neck smoothed by a thick layer of bondo that easily chipped off. The tank is from a Yamaha 650. 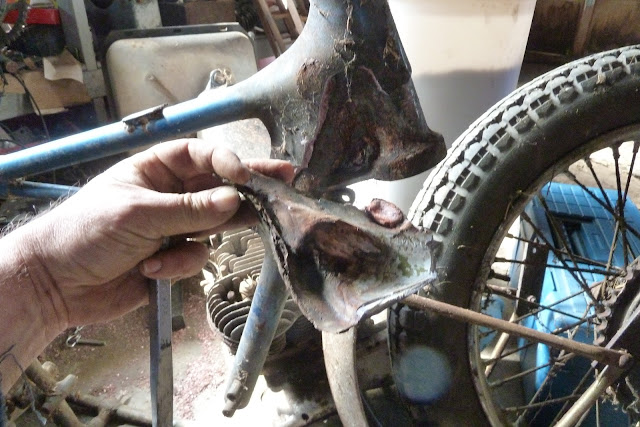 The chassis is shown below in its entirety, my friend must have missed a few boxes of parts! The engine, though mostly there, was missing most of the fasteners. Fortunately it's not seized and the inside of the engine looks great. The transmission doesn't, it's half apart, missing parts and quite rusted. 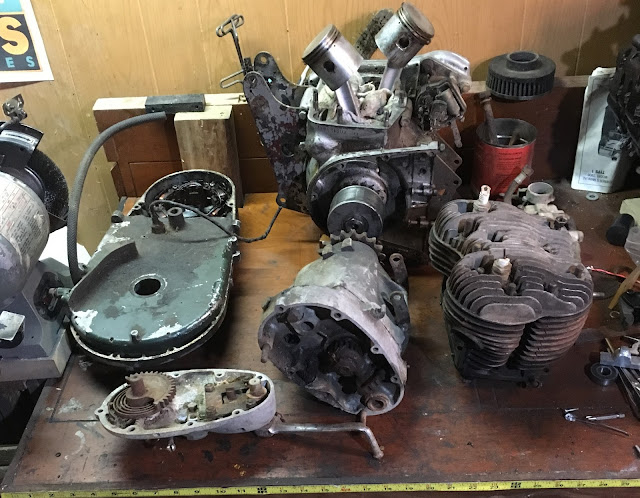 Anyways, my first British bike- not much to start with, no manuals and not a lot of technical information online. Should be fun!