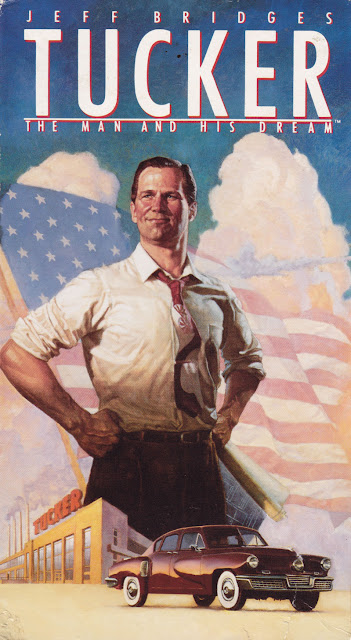 I've been re-watching some old movies, and found this 1988 Francis Ford Coppola movie starring Jeff Bridges (along with his father and a list of other stars).

A good flick, but I'm sure not without it's historical inaccuracies or misrepresentations.

Preston Tucker was an American dreamer and businessman, also involved in the development of a "Tiger" tank, a 100 mph+ armoured scout cars.  There are lots of youtube videos on it.

There are reportedly still 47 of the original cars still in existence, including one discovered in an Ohio barn.  For a good, short Smithsonian video, look at A Rare Look at Tucker Cars.

Now I've got to try to find the 2008 film, "Flash of Genius", in which Robert Kearns takes on the Detroit automakers who he claims stole his idea for the intermittent windshield wiper.
Posted by The Duke at 10:19 AM