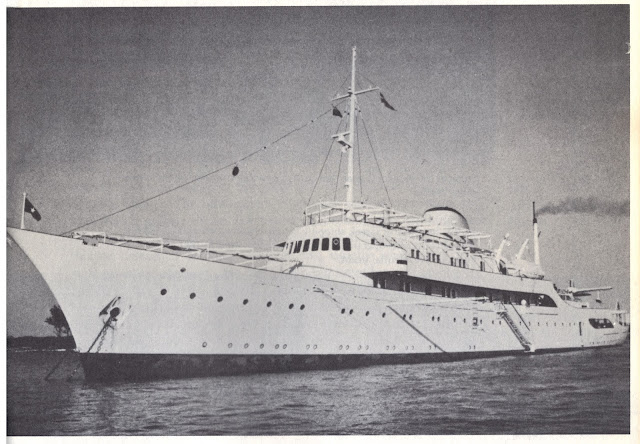 Aristotle Onassis bought the Canadian frigate HMCS Stormont as she was retired after WW2. The stomont had served in Atlantic convoy duty from 1943 to 1945.
After an expensive rebuilding and conversion in Germany,  she was renamed Christina after Onassis's daughter. At the time this was one of the largest yachts in the world. After Onassis died in 1975, his daughter inherited the yacht. It is still afloat today.
Posted by Mister G at 11:28 PM