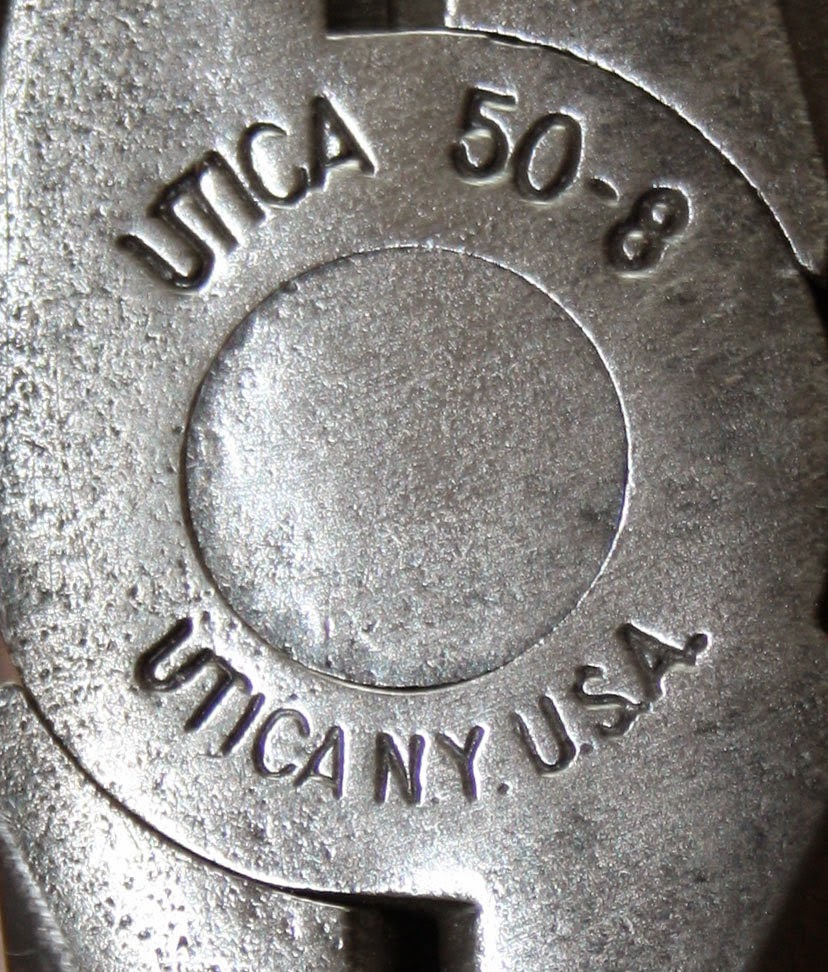 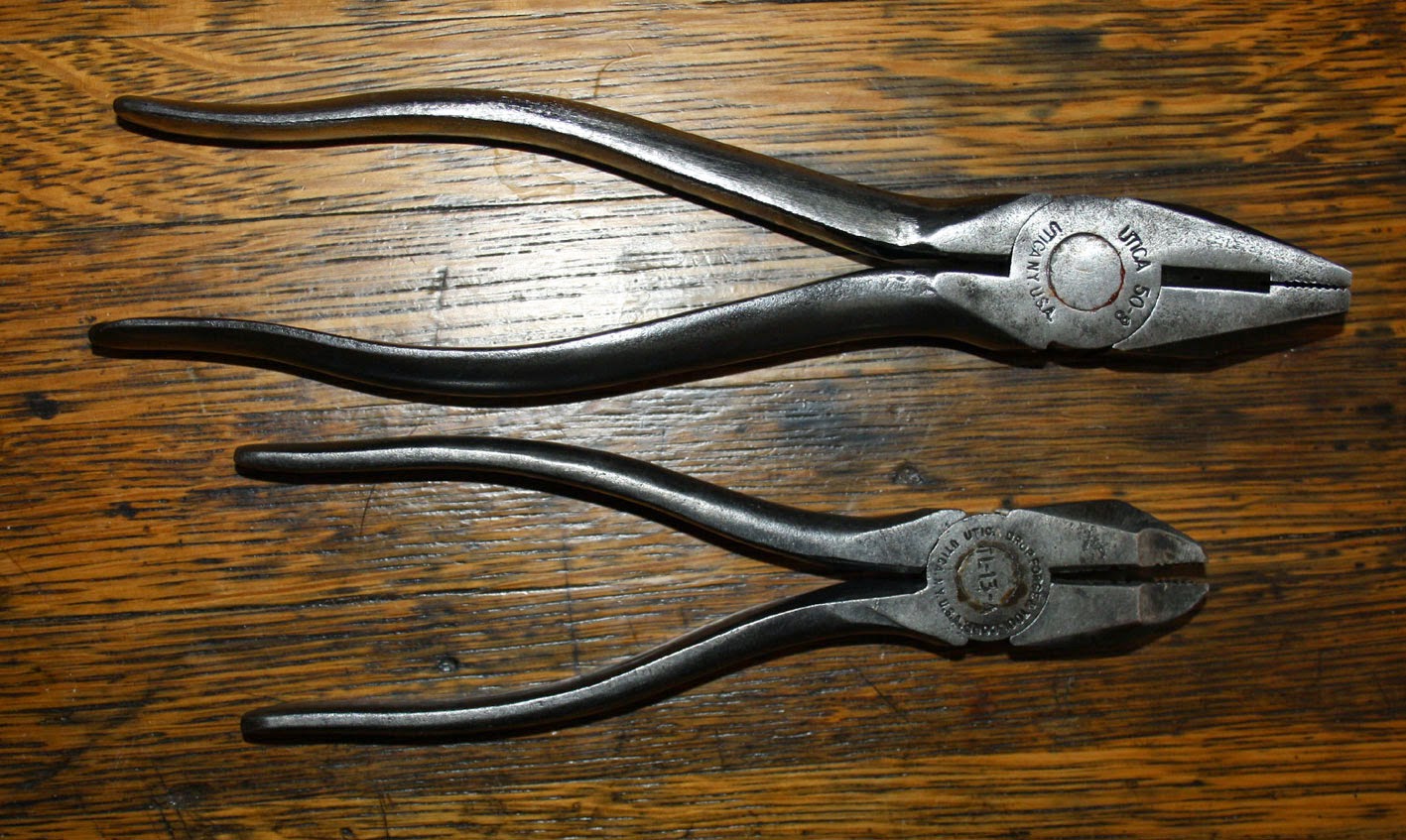 Notice the quality of the teeth in the jaws: 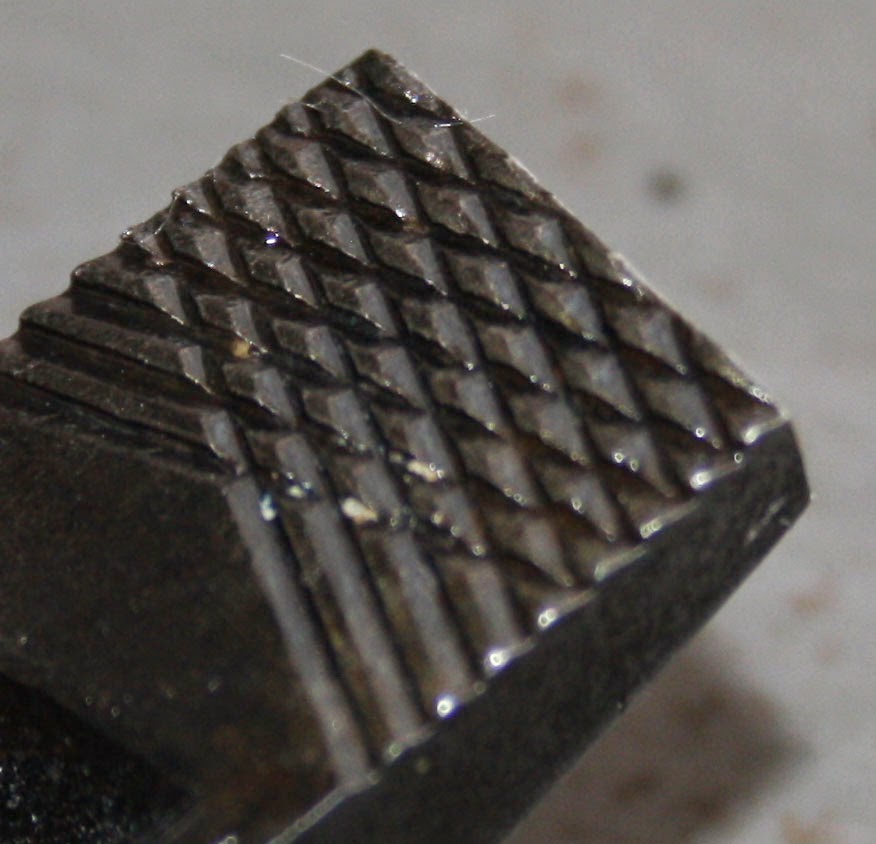 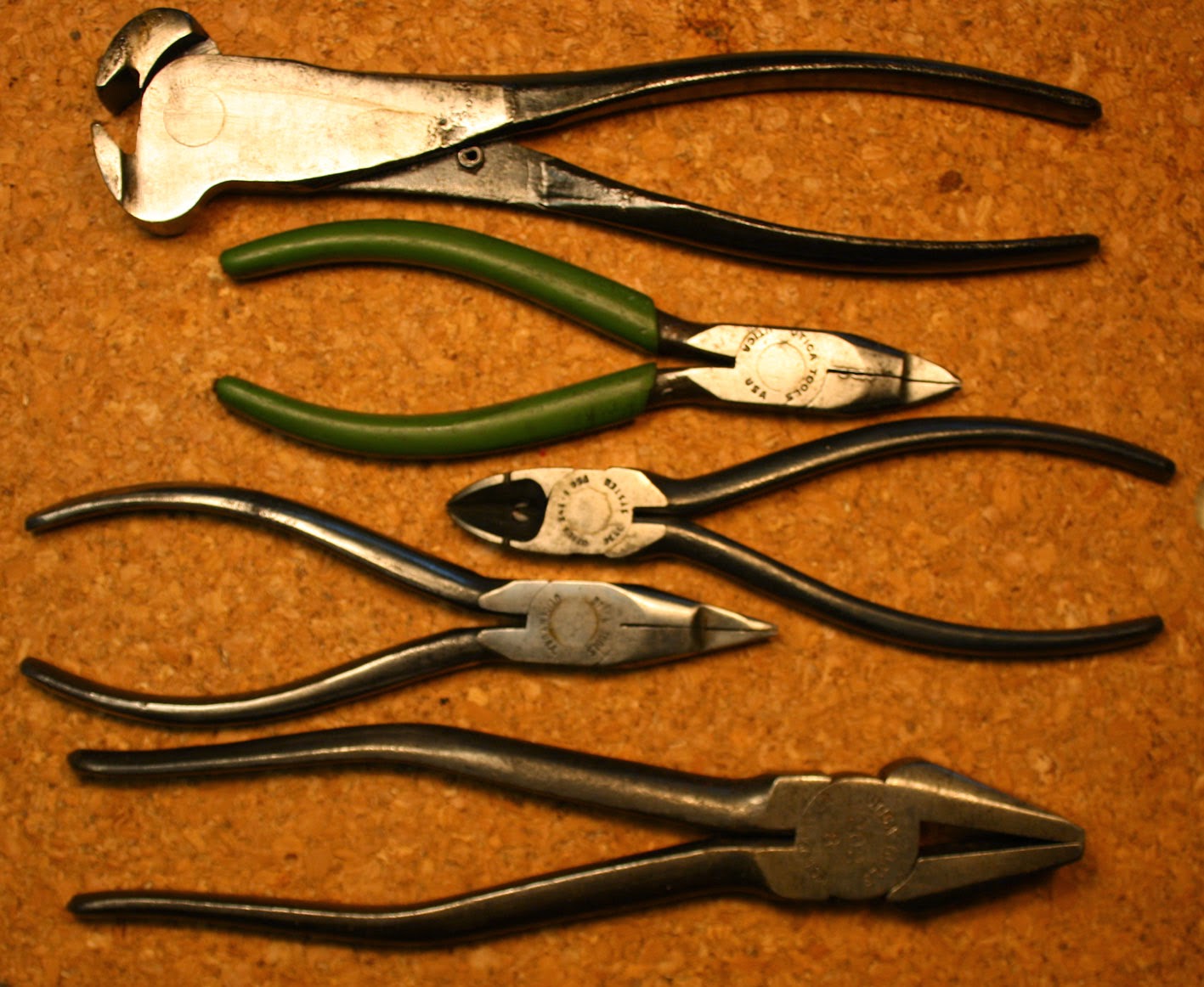 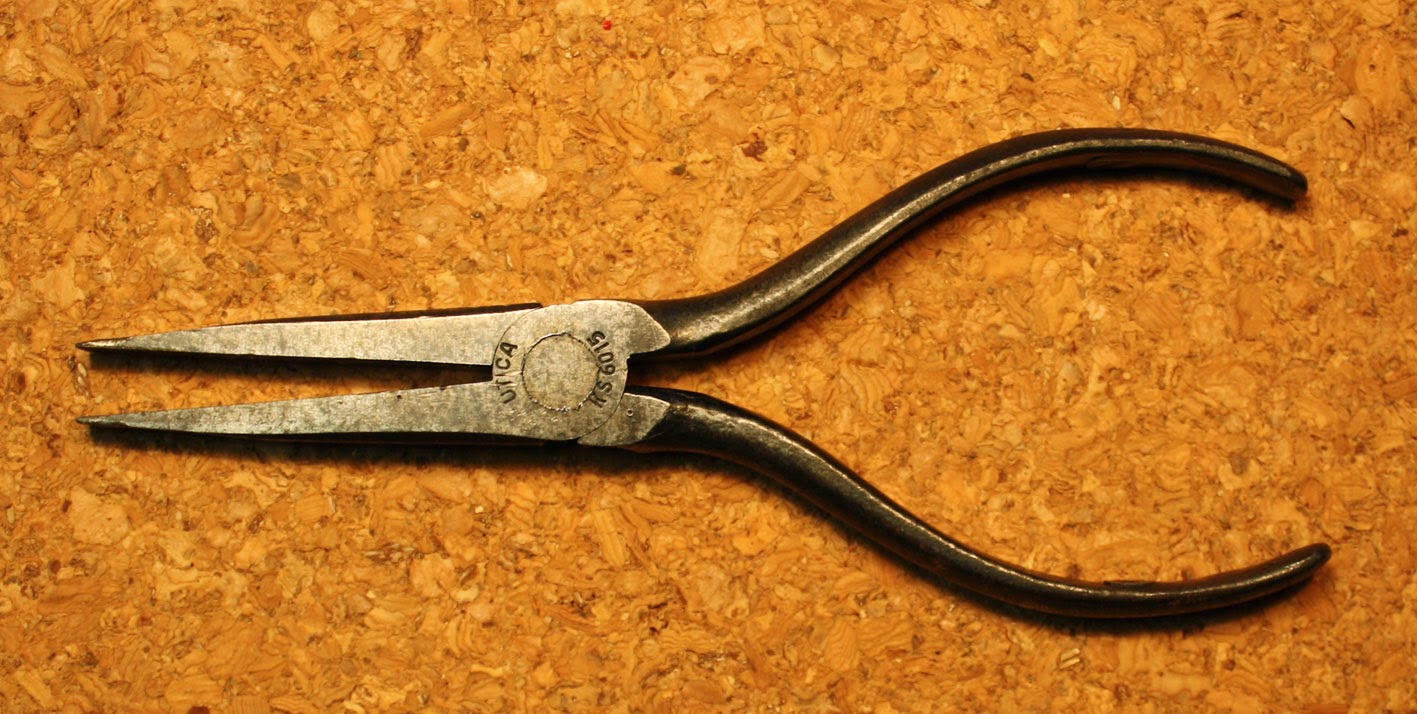 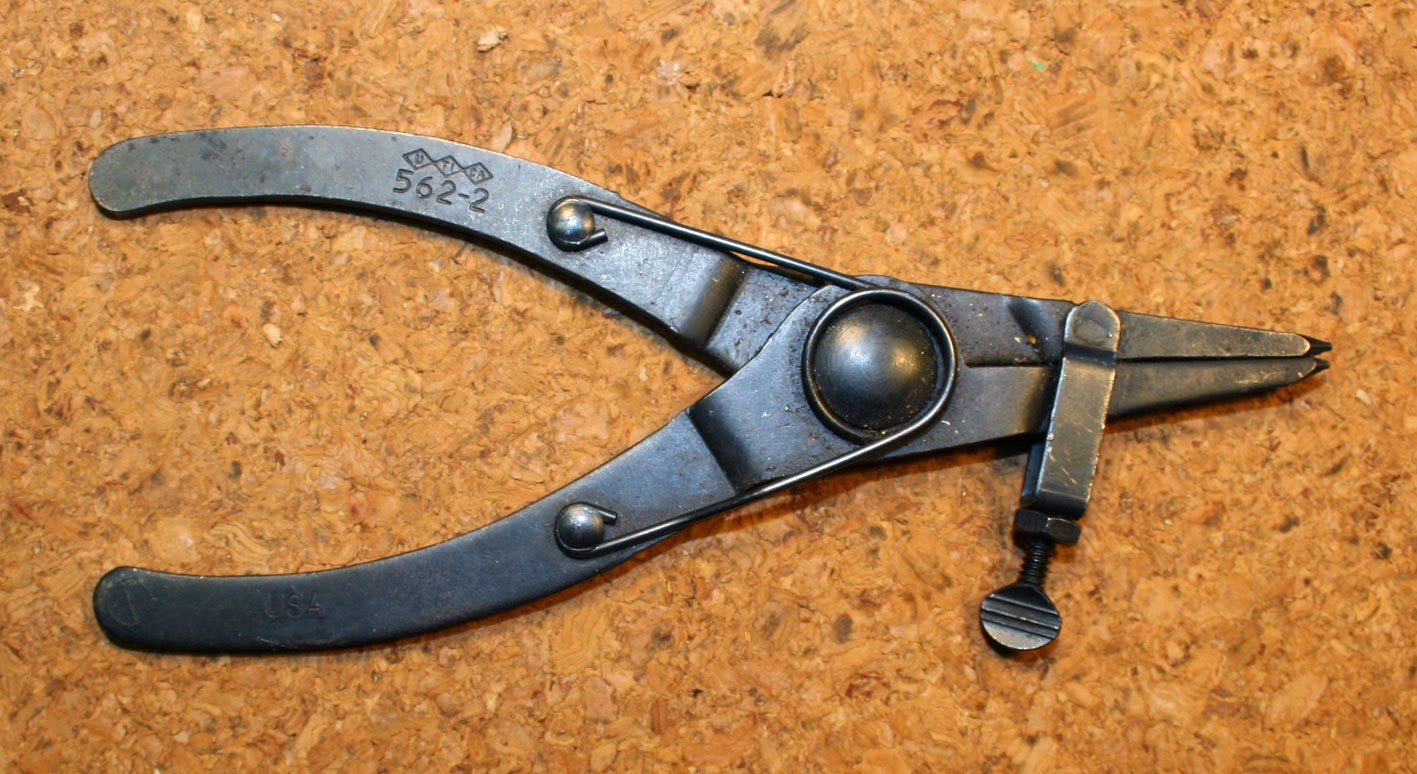 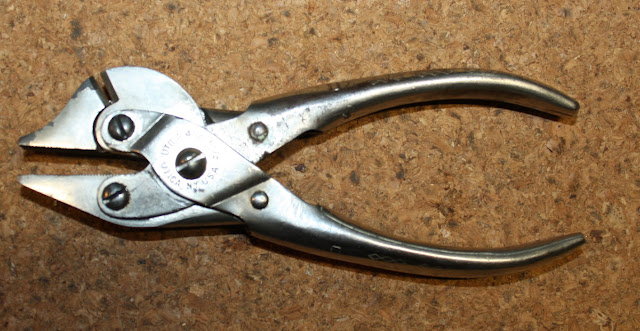 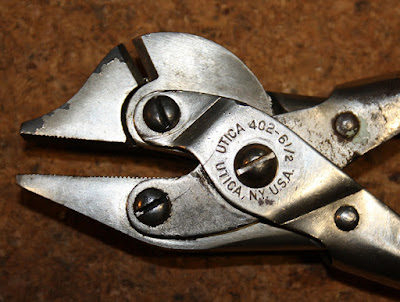 Above, some of the Utica pliers I've picked up over the years.

Utica, New York, was once a bustling industrial centre.  This included the Utica Drop Forge & Tool Company, founded in 1895 by W. Pierrepont White and Hubert L. White.  From the beginning, they specialized in pliers and nippers.  A fire in 1907 destroyed their factory, which was rebuilt and enabled an expansion of their plier offerings.

Their "three diamond" logo was first registered in 1911.  In 1956, the company was purchased by the Kelsey-Hayes Company, becoming a division.  After Kelsey-Hayes subsequently scooped up Herbrand in 1961, Utica Tools and Herbrand were combined into one operation in 1962 in a new factory in on Cameron Road in Orangeburg, South Carolina.  Eventually at over 400,000 square feet, it was reputed to be the largest hand tool manufacturing plant in the US. 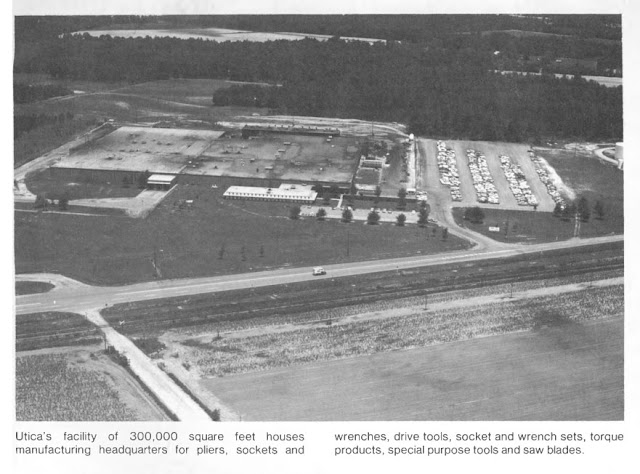 Today, from Google Earth, it looks like the factory site still exists, but is no longer in use: 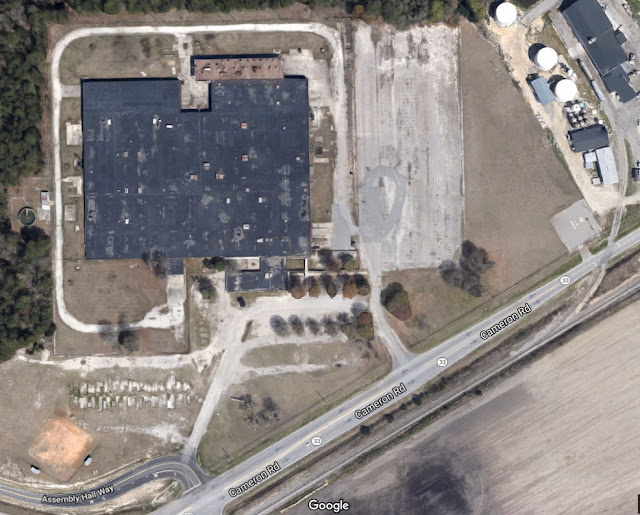 Bonney Tools became part of this small empire in 1964. Then the Triangle Corporation gobbled them all up in 1967, followed by Cooper Tools, which ultimately became the Apex Tool Group which still uses the Utica name as a brand for its torque-limited screwdrivers and click wrenches (products which Utica never made when it was its own entity).  (Part of the old Utica company was also acquired in 1995 by UCA Holdings, becoming part of the TECT group.) 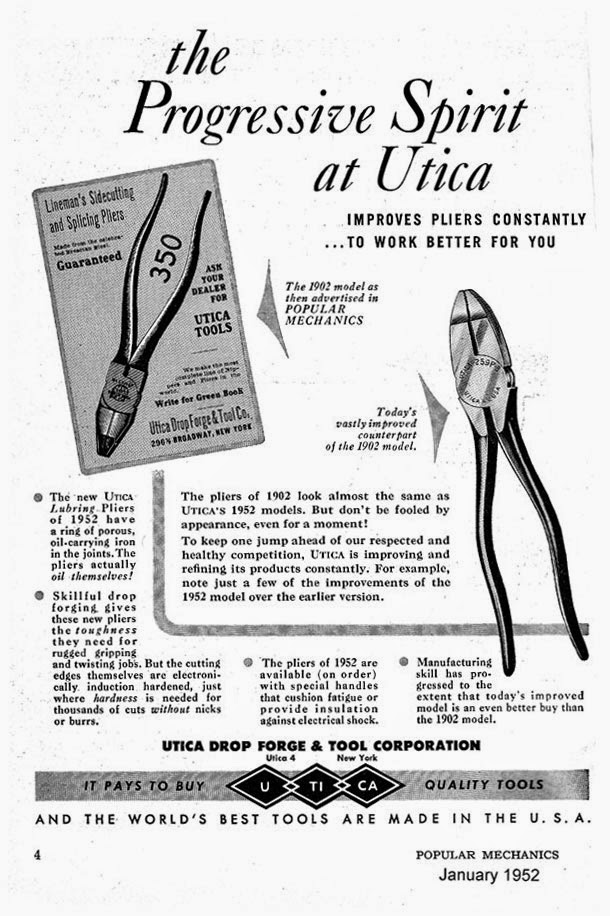