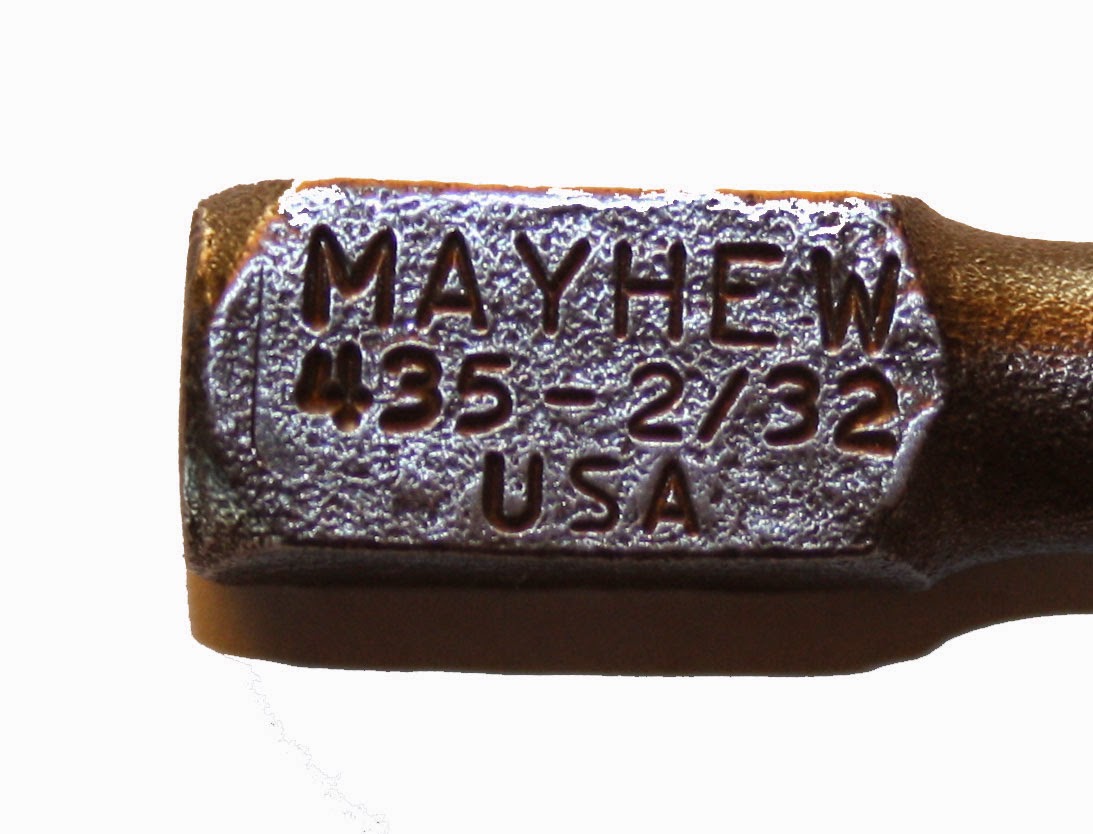 I picked up this countersink recently.  I'd never run across this tool maker before.   I subsequently found this rose bit: 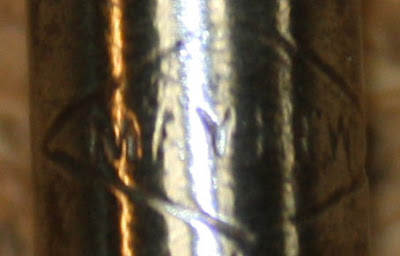 H.H. Mayhew bought the H.S. Shepardson & Company of Shelburne Falls, Massachusetts in 1876.  Since the predecessor company was founded in 1856, this makes Mayhew the oldest punch and chisel manufacturer in the U.S. (Of interest, William Pratt worked for the Mayhew Company, as did his father, and went on to found the Goodell-Pratt tool company.)  In the 1920's and 30's, the Mayhew firm was the major industry in the town, employing around 200 people.  In 2002, Mayhew Steel Products Inc. moved operations to a new facility in Turner Falls, Massachusetts.  In 2014, they bought the Basque Plastics Corporation of Leominster, Massachusetts.  This allowed them to bring production of plastic handles back to the U.S. and to regain better control of their inventory.  That's an encouraging trend!
Posted by The Duke at 10:47 AM