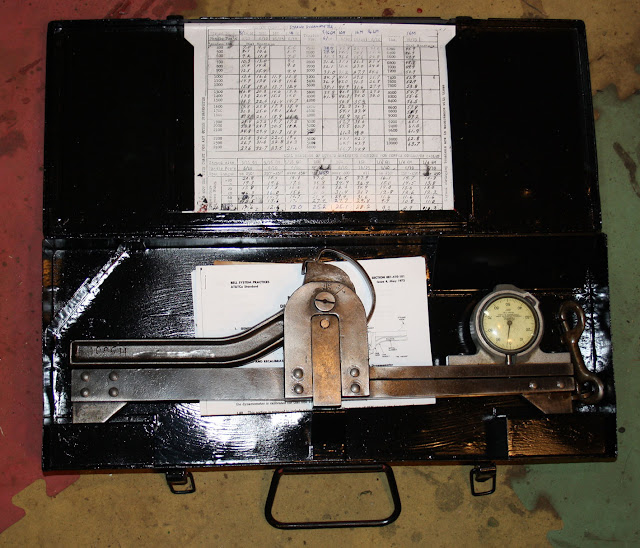 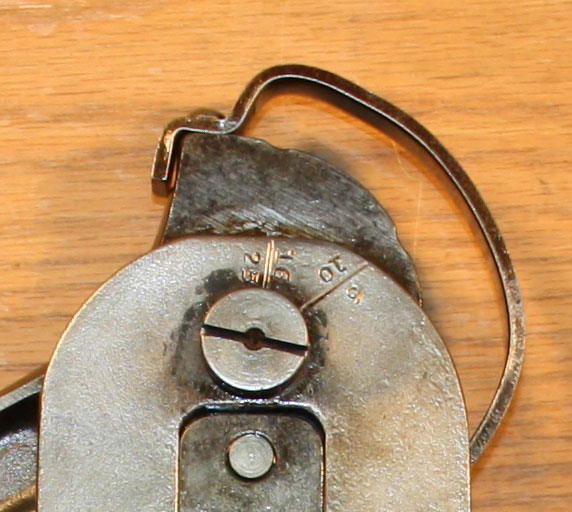 I picked up this curious instrument, in its original steel case, at a yard sale several summers ago.  I had no idea what it was, but it looked cool, the price was right and the case would fit on the back of the motorcycle so I didn't have to go back for it.  Also, if nothing else, it had a Federal dial indicator on it that might be useful in another application.

I've since learned that the device, also known as a deflection dynamometer or tensiometer, was designed to measure the tension in electrical transmission strands and to tension new strand.   The instrument measured the force required to deflect the strand to an out of line position, registering this force on an integral dial.  The reading on the dial would then be entered into a calibration chart, which would give strand tension in 100 pound increments, for the normal tension range of each strand size.

The 1929 patent drawing below gives some idea of how it was used.  The device was hung on a strand of wire, and the operator pulled a lever through a pre-determined distance deflecting the strand upwards by a standard amount, and then took a reading from the dial. 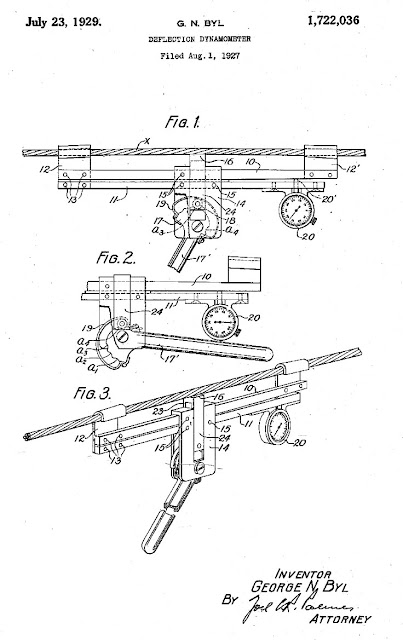 The instrument I picked up looks like a "B Strand Dynamometer" used by Bell and AT&T in the 1970's. I've uploaded a manual I found online for those with more curiosity about its function.