We used to make things in this country. #226: "Master" Kitchen multi-tool 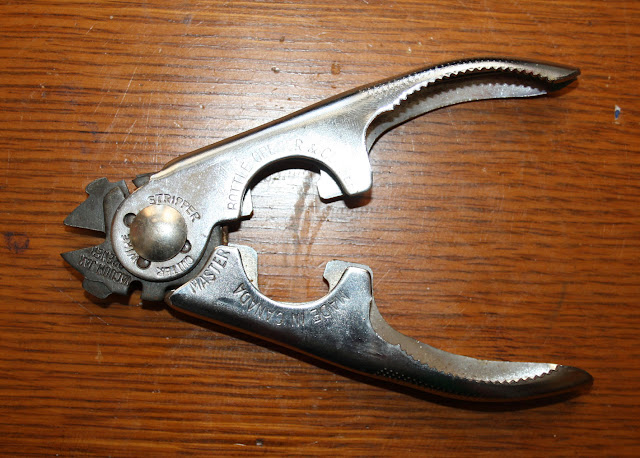 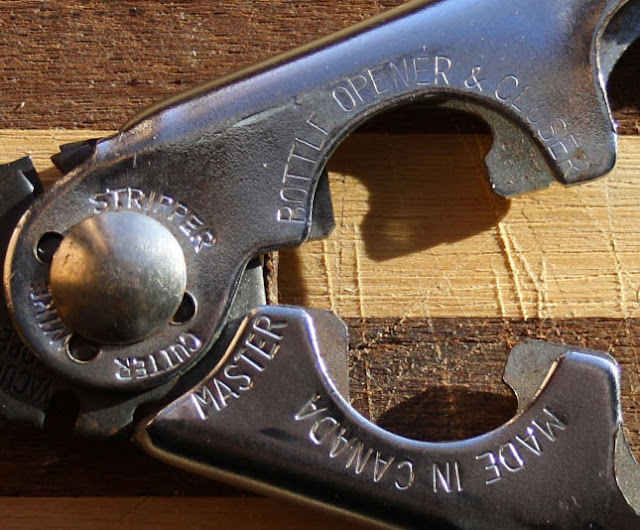 I don't really know why the person who designed this tool thought to make it into a combined bottle opener and wire cutter/stripper.  Kind of like building an oven thermometer into a torque wrench.  It also seems to have some screwdriver blades awkwardly placed as an added feature.  Note the serrations on the inside of the handles for dealing with bigger jar lids.

Given that it's set up to remove crown bottle caps, it's probably from the 1960's since this is the decade when screw caps began to appear on bottled beverages.  Anyway, today such a peculiar amalgam would most certainly be made in China.

I guess an electrician would find this multi-tasker handy for opening a beer at the end of the day.

Why would he wait until the end of the day? Nothing like a few brewskies before tackling the 220 volt circuits!