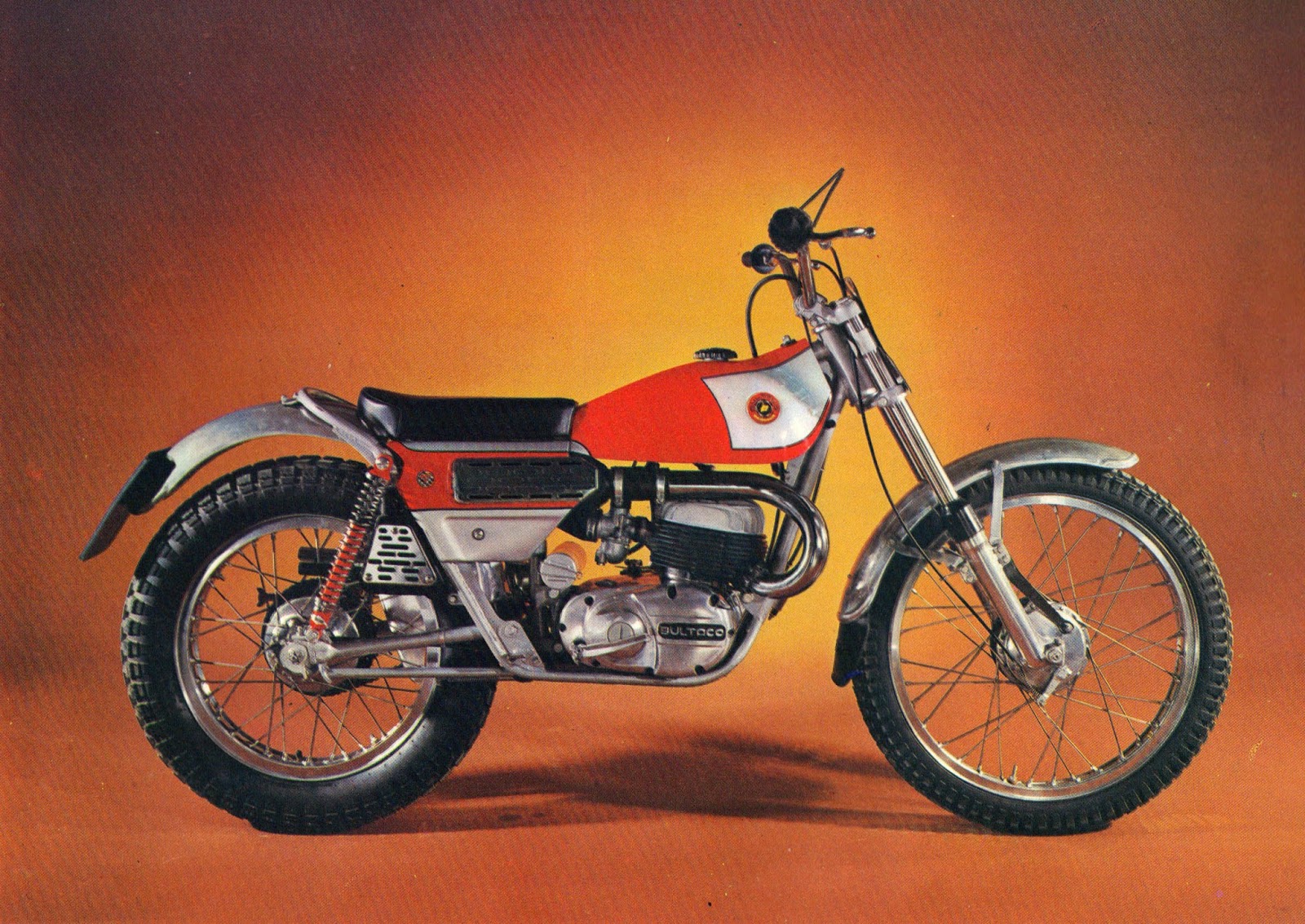 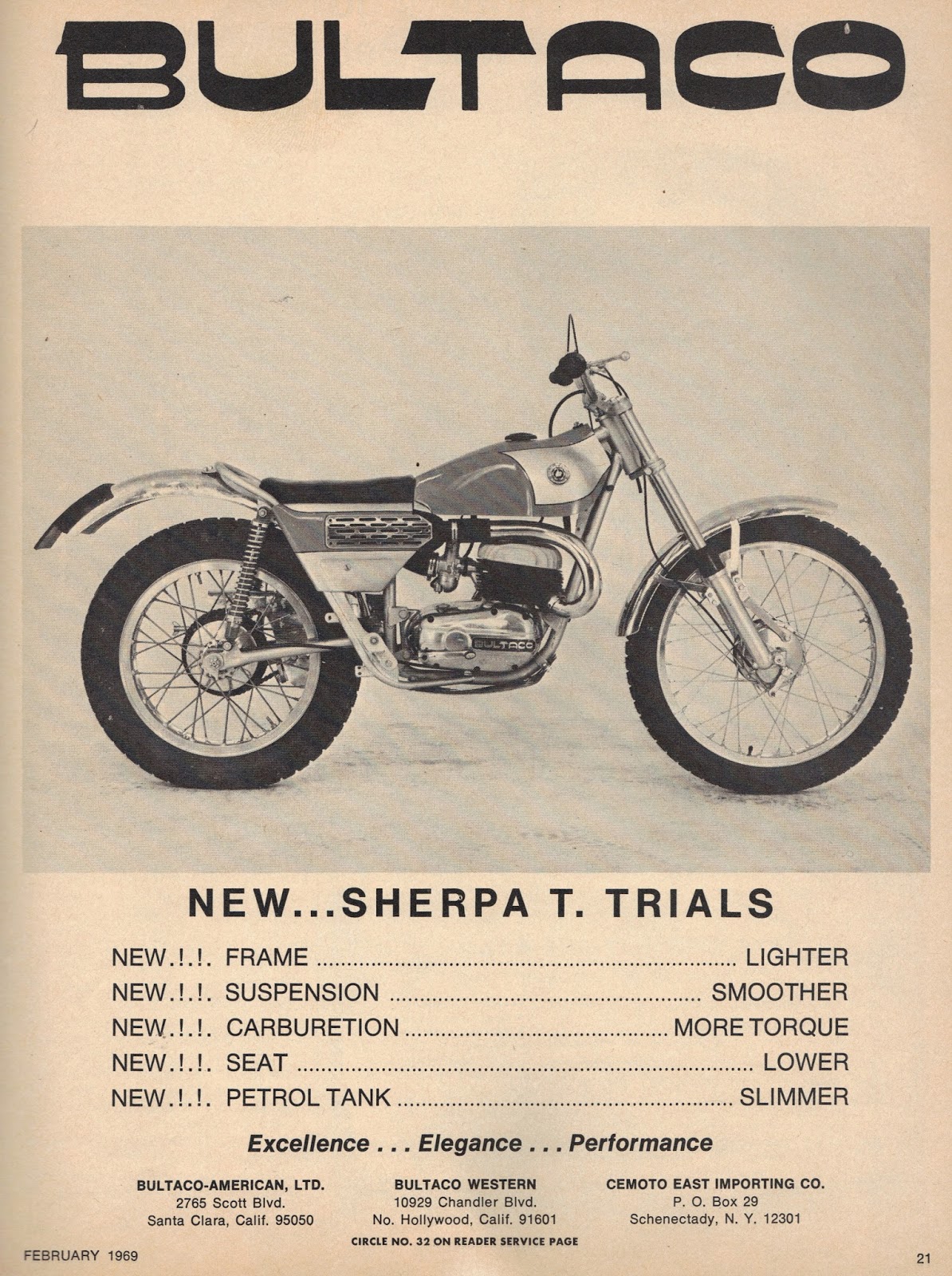 The third model of the Bultaco Sherpa T brought better production numbers than the previous two versions. It was introduced for 1969 and 4700 were built by April 1971. Though they looked much the same, the last of the line was a very different motorcycle than the first, with many improvements introduced in an evolutionary way. There appear to have been three frame types along the way. 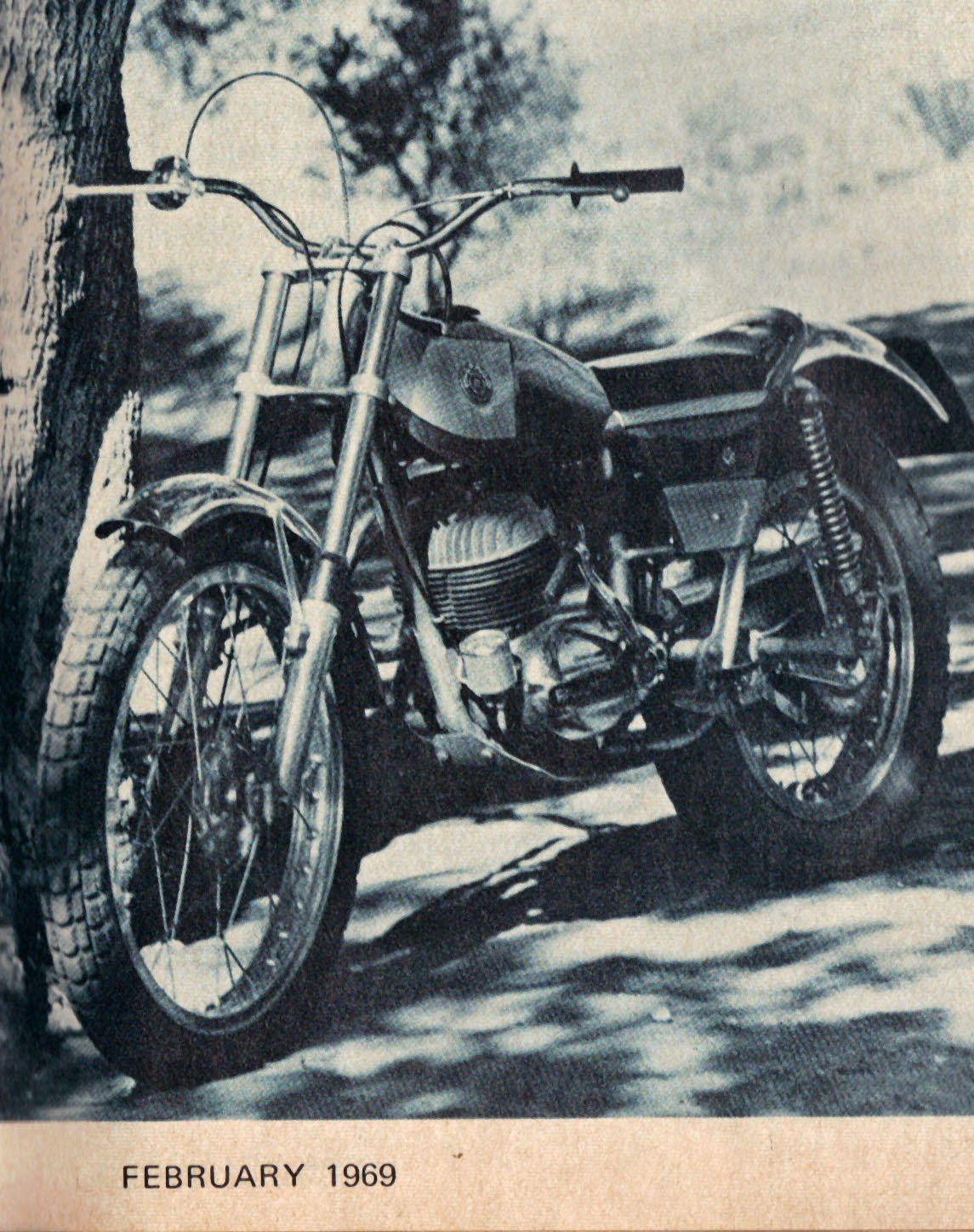 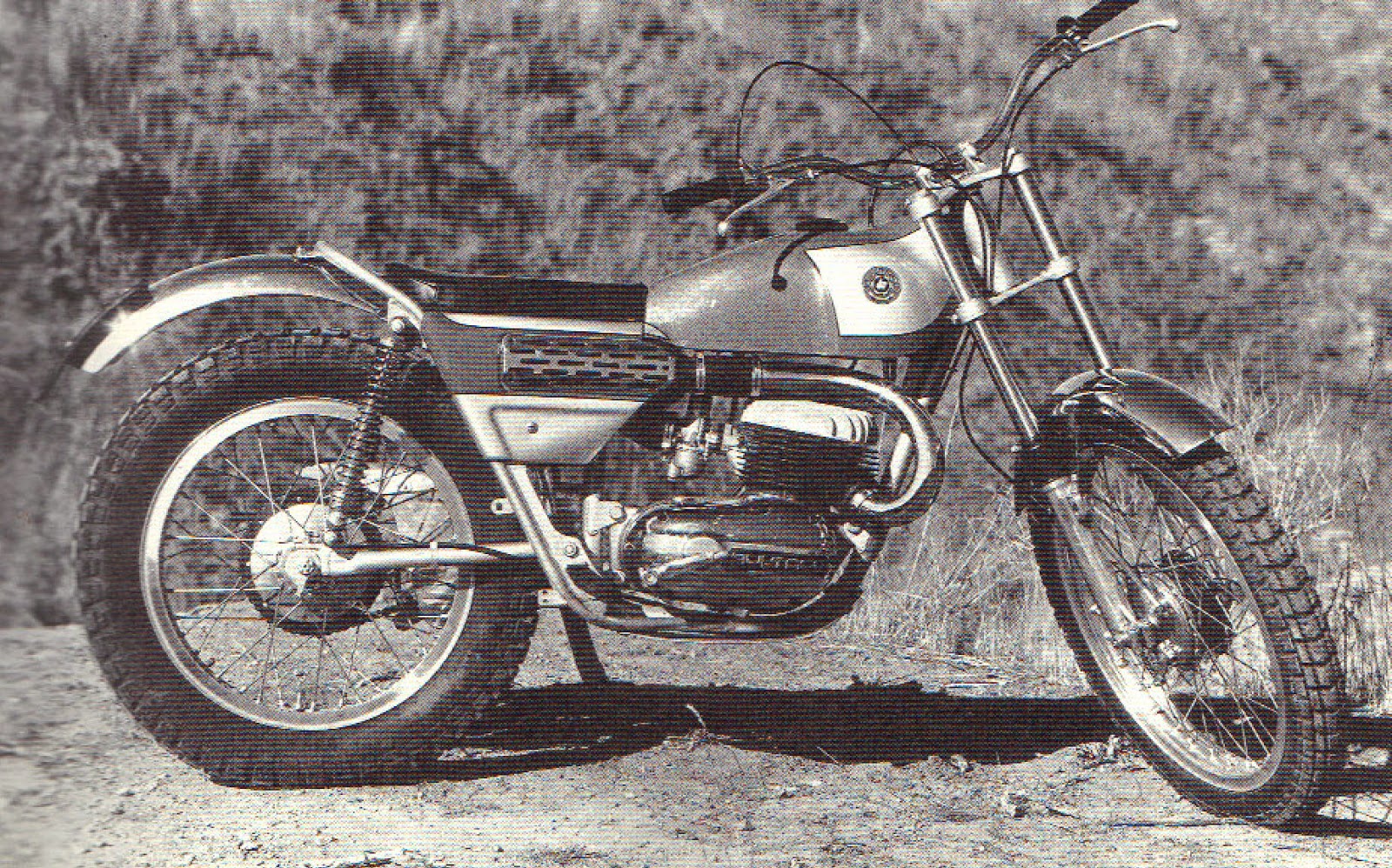 This picture from Don Morley's Spanish Trials Bikes must have been the same bike, note the non-trials front tire.
Posted by Mister G at 11:09 PM