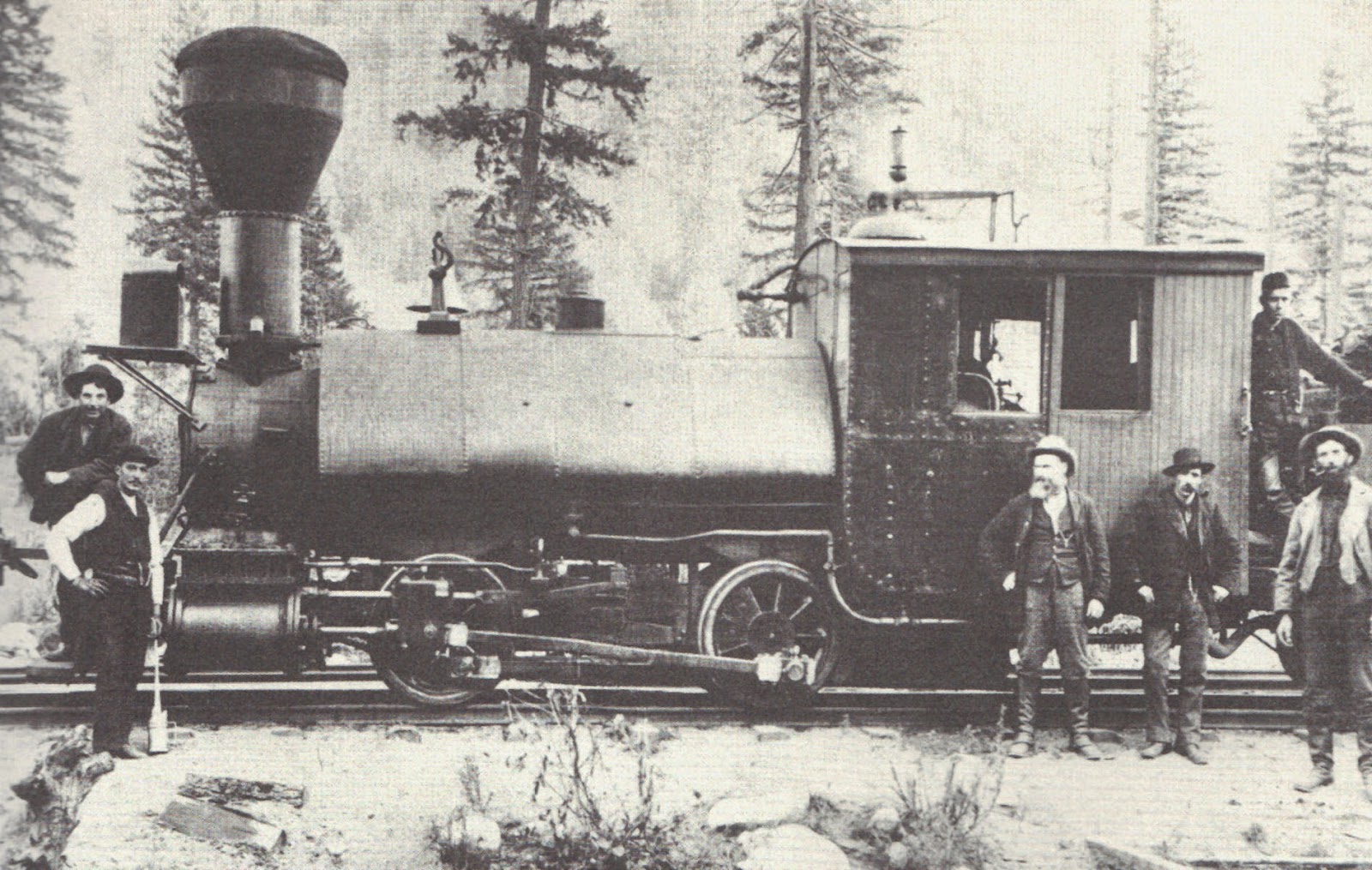 The second locomotive acquired to build the Pacific end of the Canadian Pacific Railway was this "pony locomotive" named Emory- a yard locomotive formerly employed building the seawall in San Francisco. One of the first orders of business was the addition of a 4 wheel tender with 600 additional gallons of water. Nicknamed "Curly" it started work in 1881. 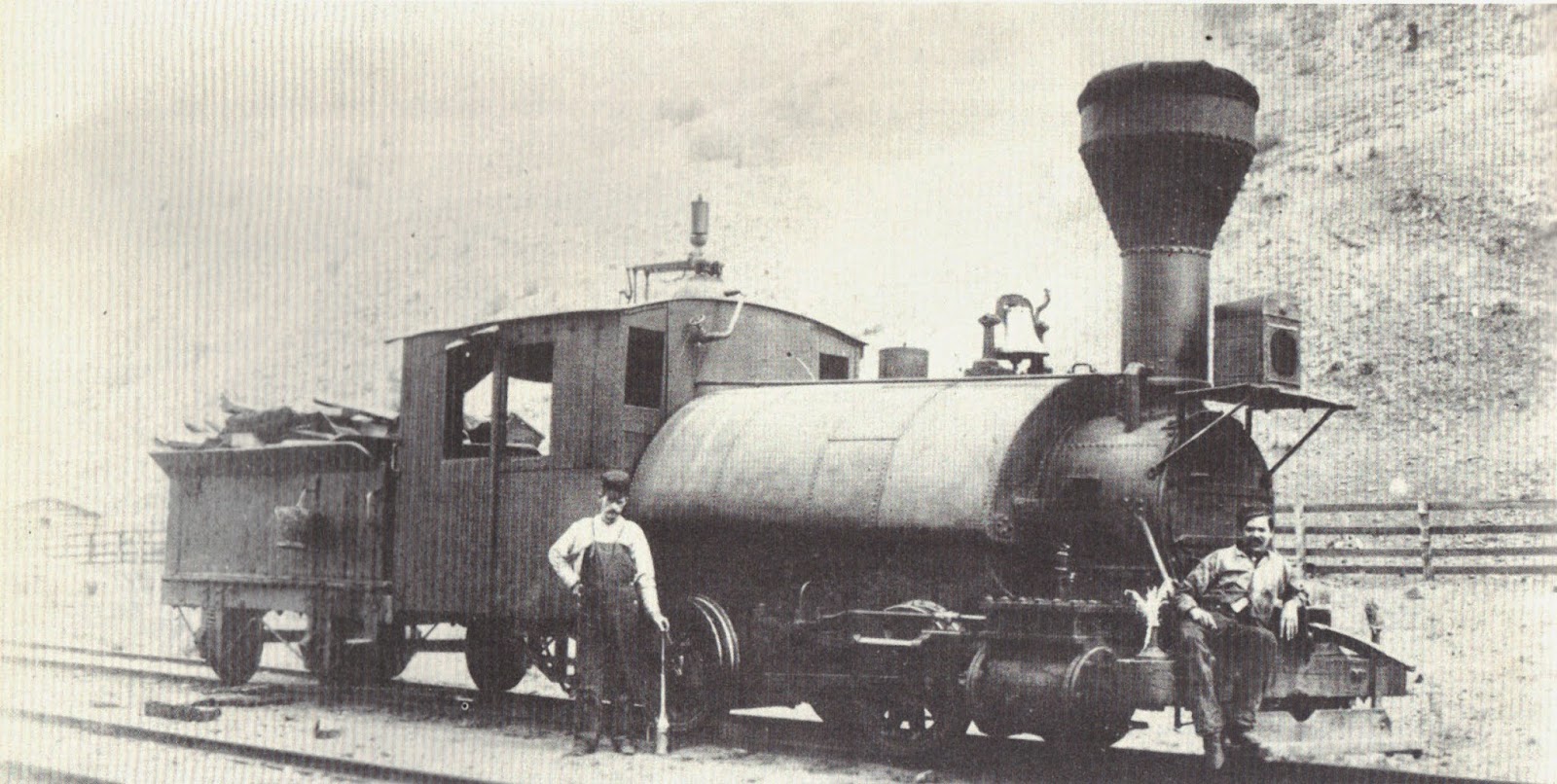 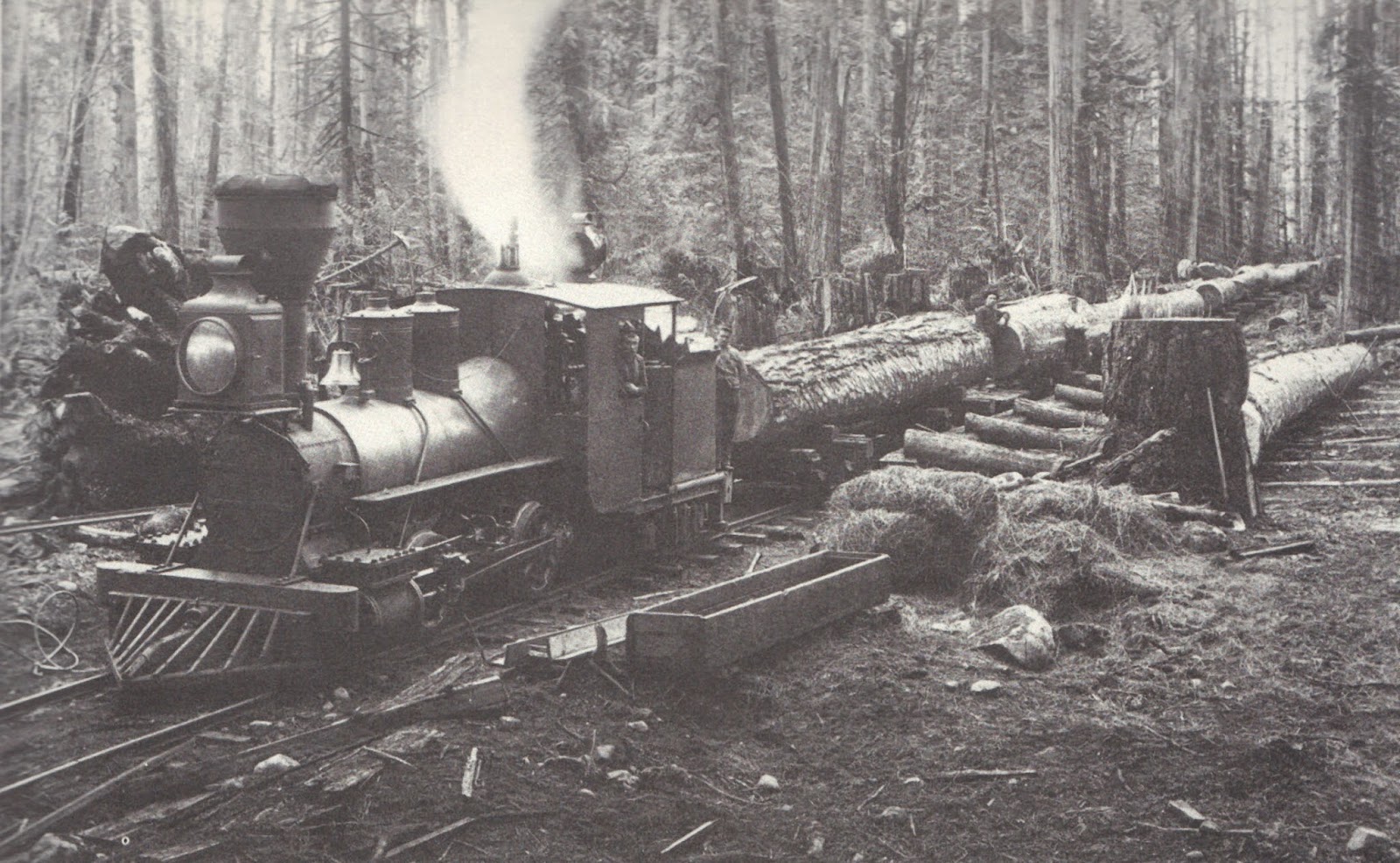 After railway was completed the locomotive was sold to B.C. Mills Timber & Trading and worked in several logging operations. In the 1920s it was restored by the CPR and placed on display in Vancouver. In 1973 it was moved to the Burnaby Village Museum where it has been since.

The engine is indeed still in Burnaby Village, largely exposed to wind and weather in an open-sided shed behind the historical buildings and mock-ups that are the Village's main attractions. She's no beauty, but the fact that a loco you can see in photos of the CPR's 1880s construction today sits unremarked and rusting away is a travesty.

Hello,
I grew up adjacent to a forest in South Surrey that has been relatively untouched since being logged in the 1890s. There is still a raised railway bed and many spikes/artifacts along the route that I've mapped with GPS. I believe the route was used by Old Curly. I am searching for any further information to verify if it was in fact there.