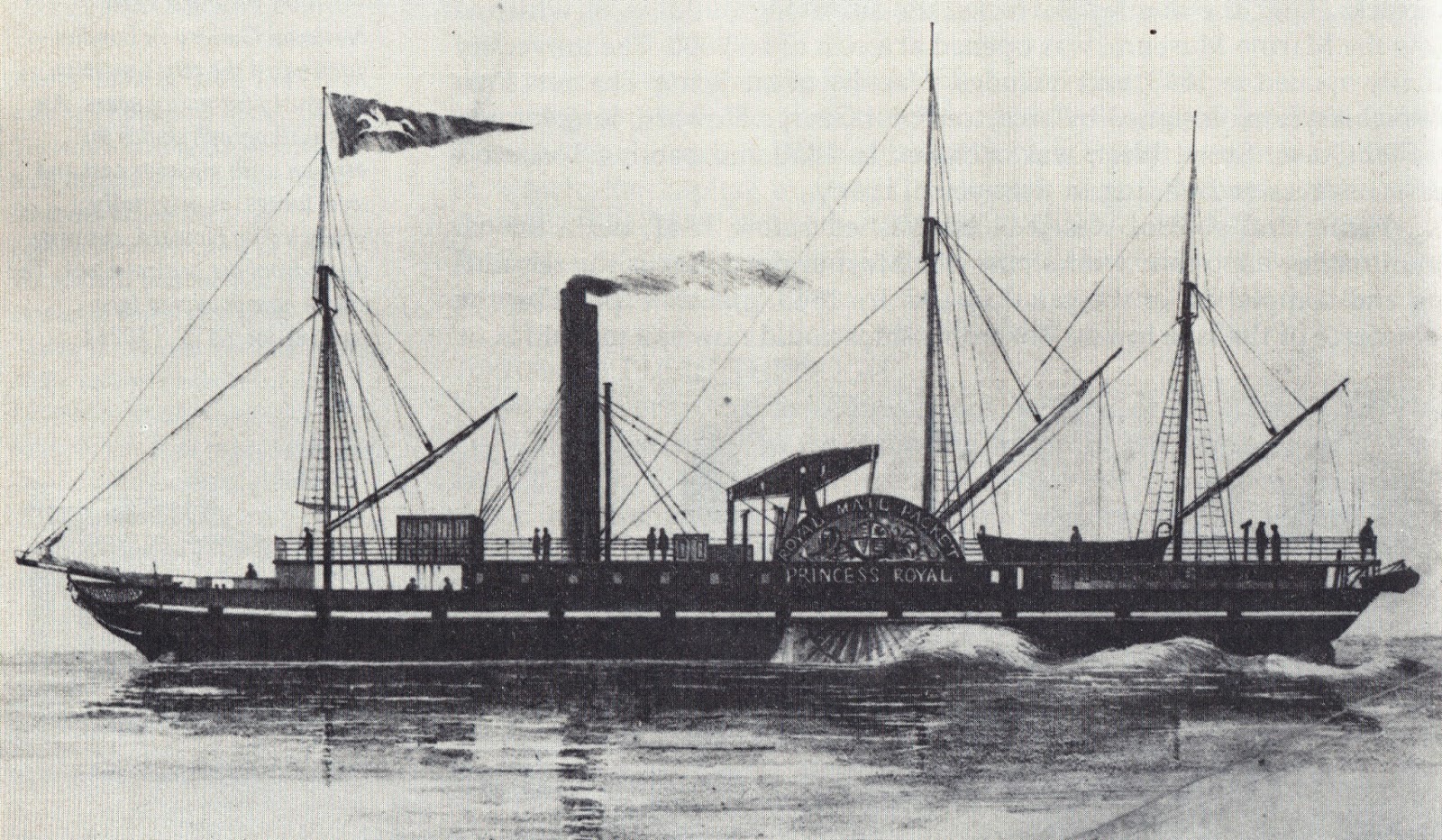 This 500 ton steam packet was one of a number of Royal Mail steamboats operating on Lake Ontario in the 1840s. She was built at Niagara On. in 1841, was rebuilt with larger boilers, cylinders and paddles in 1850 but ended her Royal Mail career on June 25 1853 when she collided with the steamer Mayflower near Whitby On. She was rebuilt several times over the next few years, as she operated along the east coast of the US in different configurations.
By then named the Nellie Pentz, she "opened up" and sank in Lynn Haven Bay, Florida in 1865.