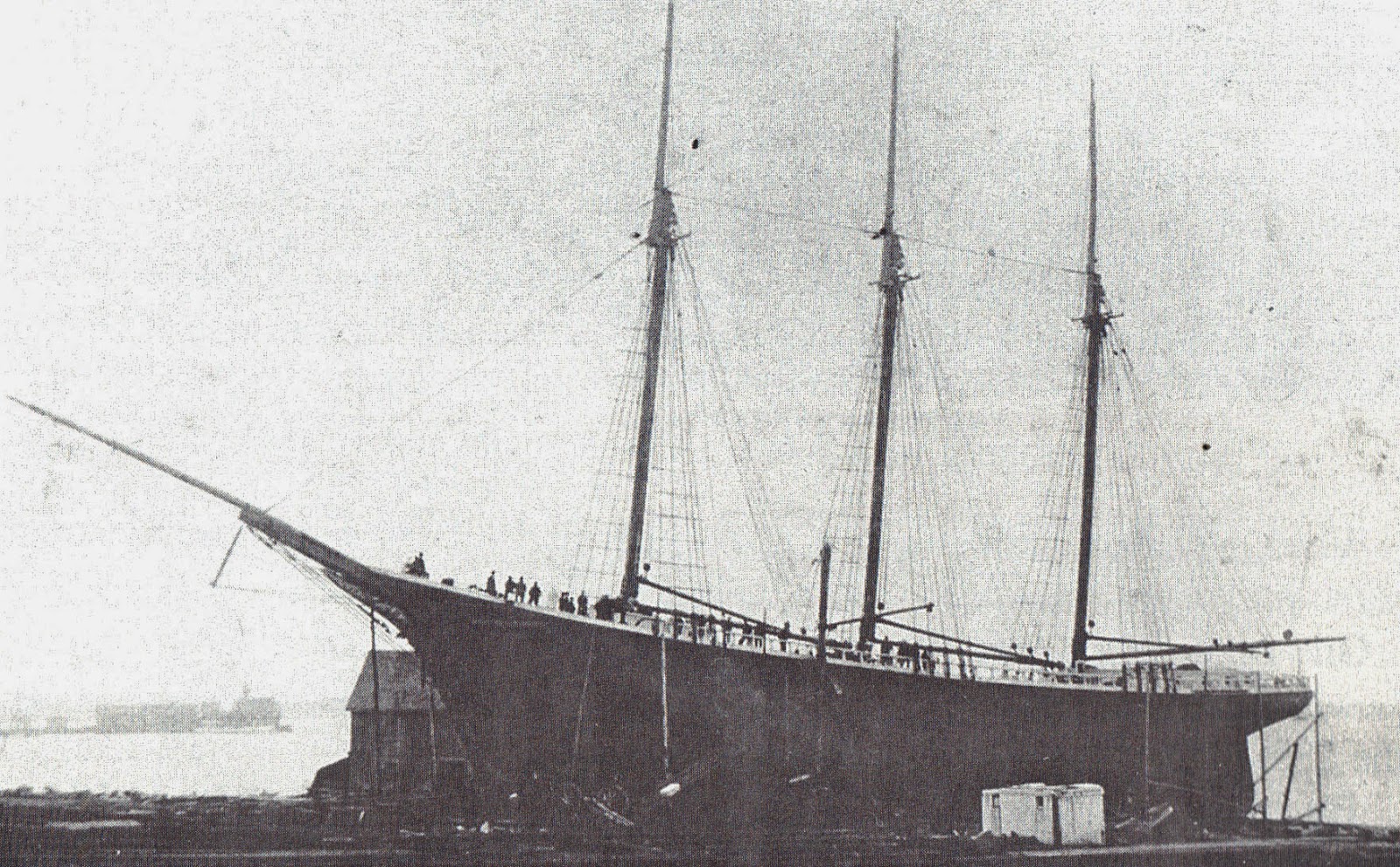 The schooner Jose Olaverri was launched at Rockland Maine in November of 1885. Her first cargo was a load of lumber to Buenos Aires. She continued carrying cargo on both sides of the Atlantic till she ran afoul of heavy weather and was put aground on Bulls Island, South Carolina on July 23 1908, without loss of life. The painting shows her in later life with a built up cabin and poop deck.