One of my vices is vises: The N. Slater Co. Ltd., Hamilton, Ontario 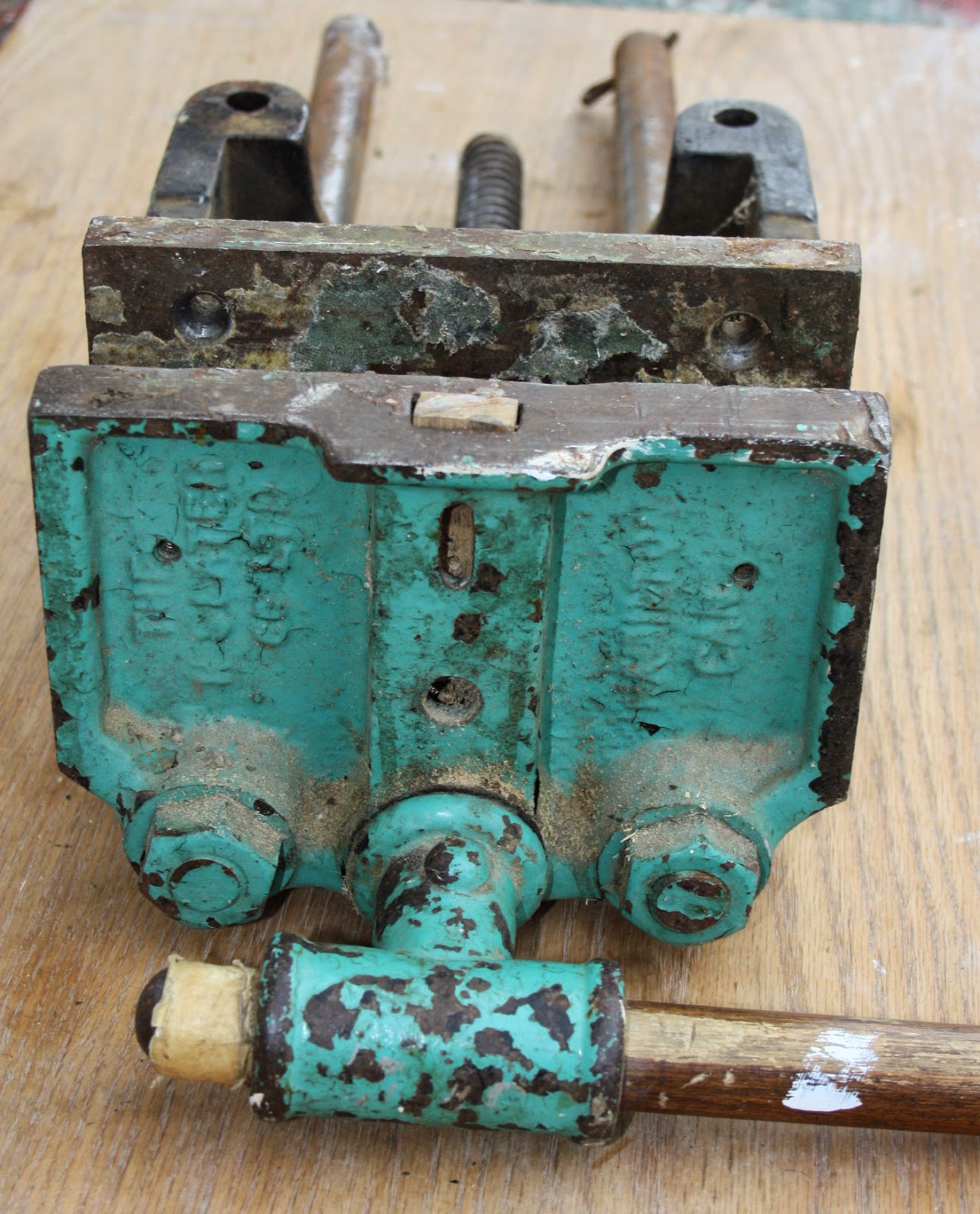 A lovely old woodworker's vise I recently acquired.  Stripping off the sloppily applied paint, I found the original colour was black: 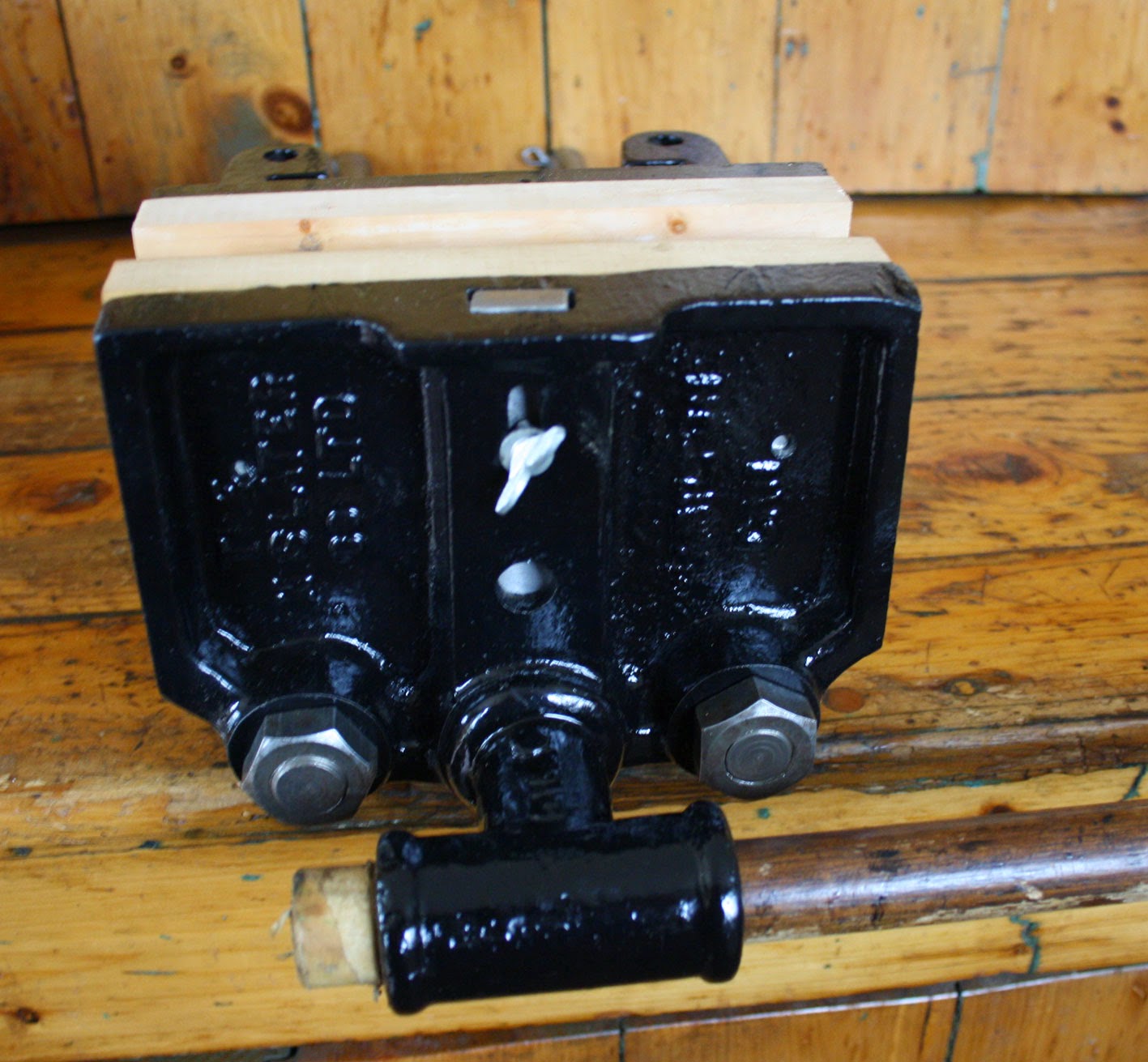 There is a slot cast into the centre of the moveable jaw.  Some previous owner put a piece of wood into it, secured with a wood screw.  It looks to me like it was meant to have a steel dog that could be adjusted above the top edge of the vise to be used in conjunction with a bench stop to extend the grip of the vise.  So, I milled a piece of steel to fit and added a thumb screw: 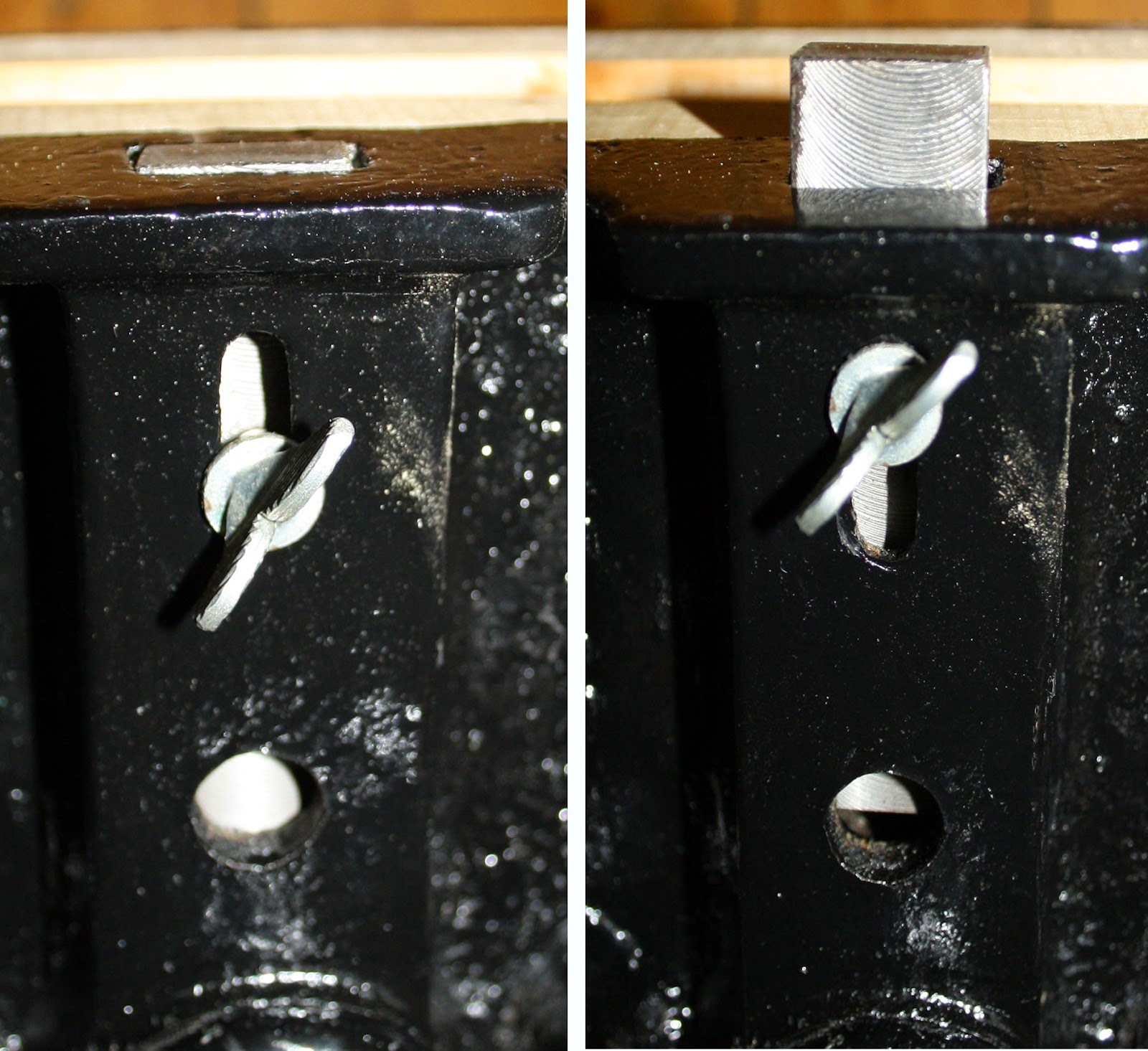 I don't know what the hole below this was intended for.

I'd never encountered a vise with a dog before, but apparently they were not that uncommon.  Below, from William H. Johnson & Louis V. Newkirk. General Woodworking.  (New York:  The MacMillan Co., 1946): 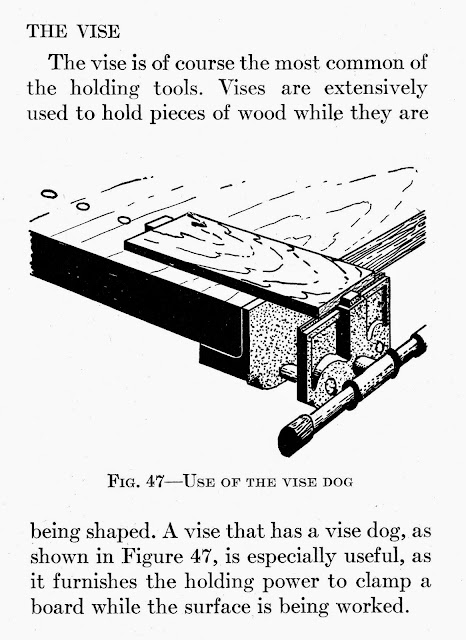 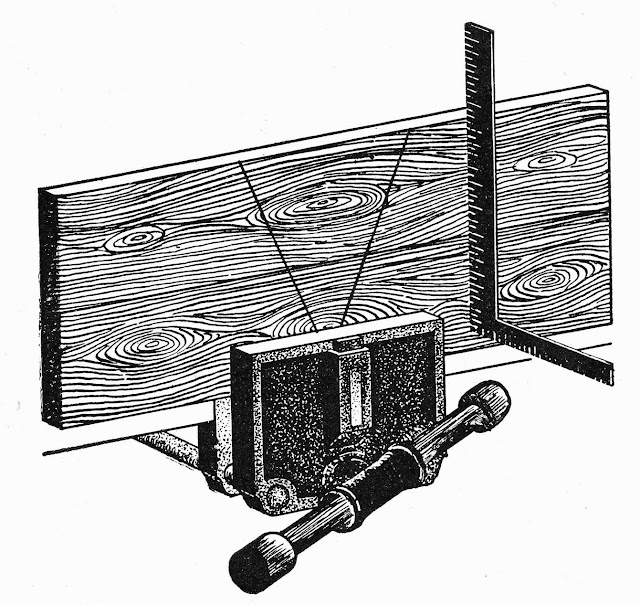 Another example of a vice with a dog below, from John G. Shea, Woodworking for Everybody.  (Van Nostrand Reinhold Co., 1944, Fourth Edition 1970): 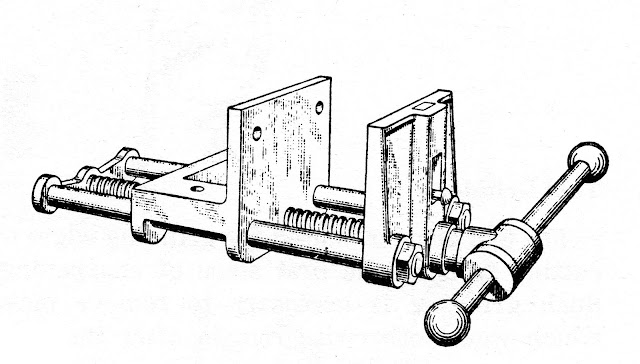 For an much more impressive example of the restoration of an earlier version of one of these vises, visit the Rouge River Workshop.

Tom Gaspick, of the Rouge River Workshop, sent me to Doug Evans, who was kind enough to send me some more information on the Slater vises, including the fact that they used to make vises for school workshops (see pictures below from Mr. Evans' collection): 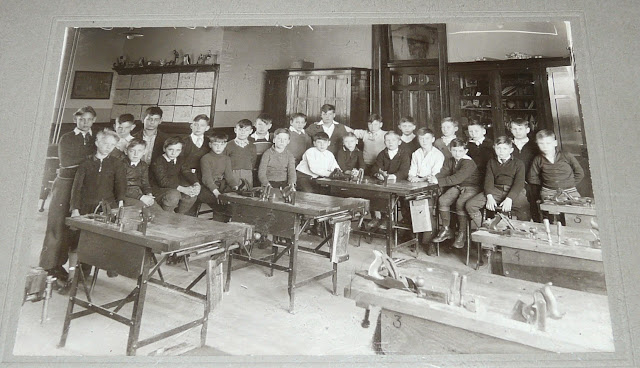 The N. Slater Company was founded in 1912.  Over the following decades, they became an amalgam of various steel producers operating under the control of Slater Industries, a holding company. The original N. Slater Company became a specialist in pole line hardware, while also evidently making woodworking vises.  Go figure!  In 1961, the parent company assumed control of the Burlington Steel Company, renaming it Slater Steels, Hamilton Specialty Bar.  By the mid-1990's, in addition to minimills in Hamilton and Sorel, Québec, they owned a melt facility, two rolling mills, finishing equipment and a distribution warehouse in Fort Wayne, Indiana.   Through these companies and locations they produced a wide variety of specialty steels in various shapes and sizes.  Company divisions included Renown Steel in Toronto (a flat-rolled steel service centre), Slacan (a producer of hardware for the public utility and telecommunications industries), and Melburn Truck Lines.

Of course, the steel industry in North America is no longer what it used to be, and Hamilton has joined the American rust-belt cities in general decline.  After a host of name changes, Slater Industries became Slater Steel Inc., which was delisted in 2001.  It would seem that some of the Slater companies have been sold off, but Renown Steel seems to be still around. 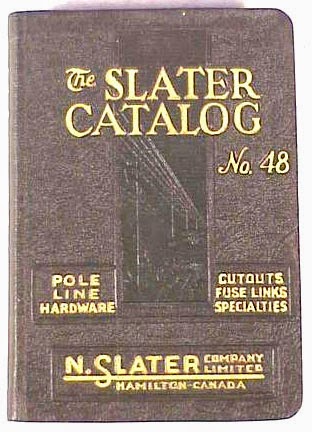 Nico, a visitor to our blog, was kind enough to send photos of a Slater vise in his possession: 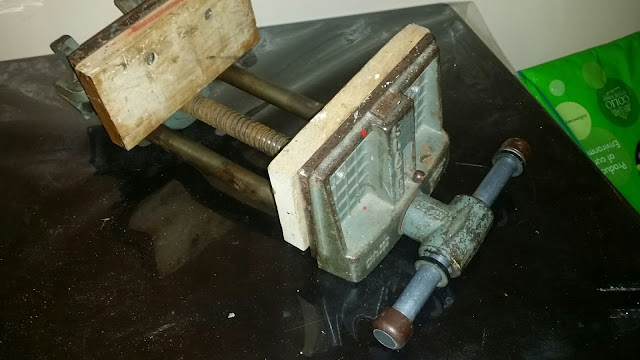 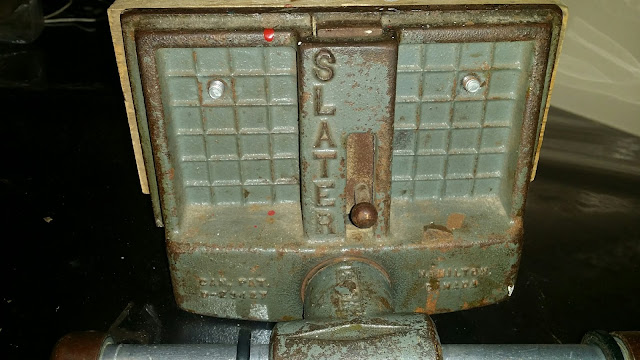 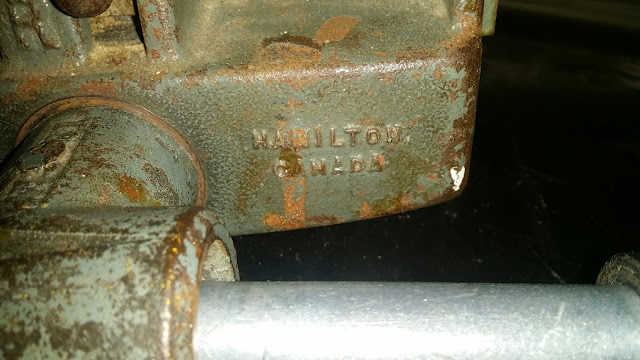 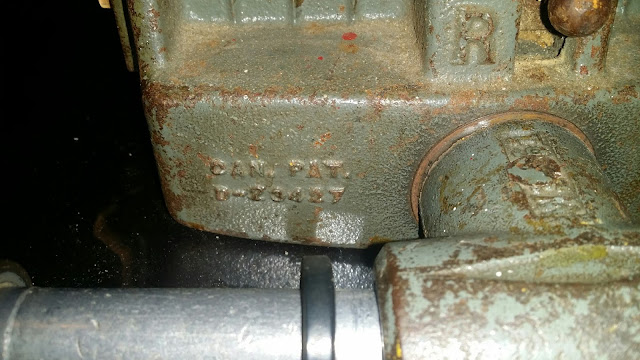 He points out that that the design is almost identical to a Wilton vise: 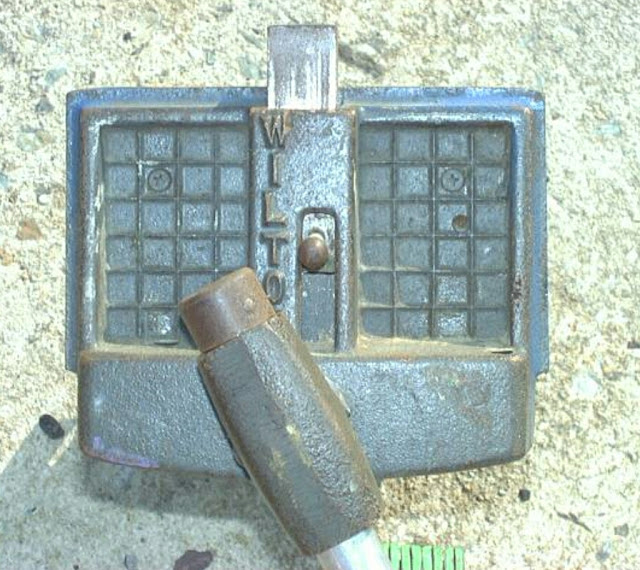 If anyone knows of a connection between these two vise manufacturers, I'd love to hear from them!
Posted by The Duke at 9:03 AM

Thank you for the kind mention and the link.

I have another blog that you might find the odd interesting item in, it's http://thewholegaragecatalogue.blogspot.ca/

I have recently purchased a Slater carpenters vise that is almost identical to a Wilton carpenters vise. Can you tell me if there was any association between the 2 companies as well as anything else in regards to Slater.

Interesting. I don't know if there was any connection between the two firms. The similarity could be just design convergence. On the other hand, I would imagine that folks in this business kept tabs on each other, and there was probably some movement of people between firms, so who knows?

If you send pictures I'd love to add them to the post!

I have the same vise, though the quick release "nut" block is heavily worn, seems to have threads on less than half of the internal diameter with the rest smooth... I realize that this is an old thread, but would be interesting to see how the back part of the vice is assembled. Is it a quick release vise, or is mine just worn to that point?

I came across a really old N. Slater spoon/ bottle opener. Anyone know what it's worth?