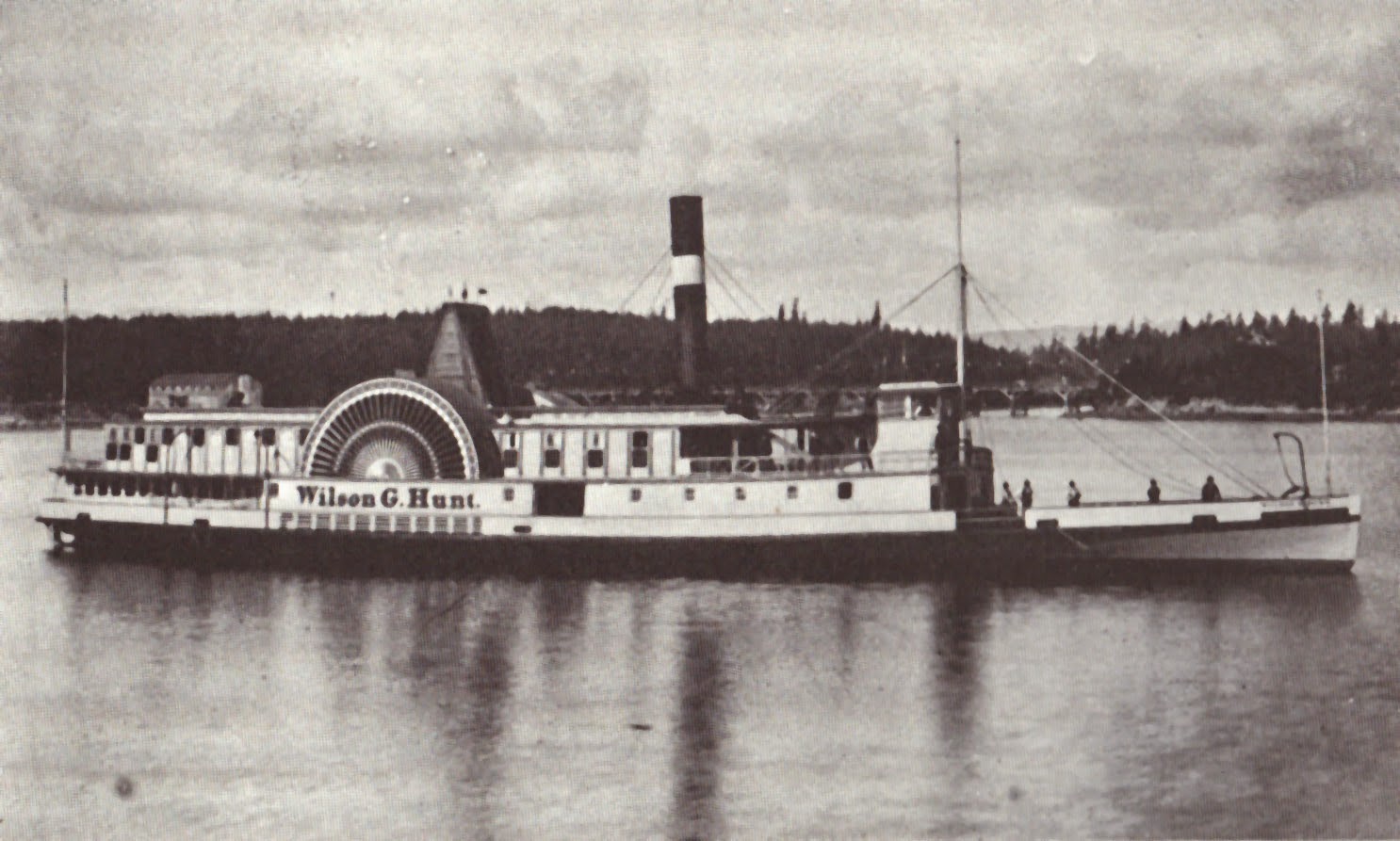 During the California Gold Rush, transportation to San Francisco was at a premium and unlikely vessels were pressed into service to carry as many eager goldseekers as possible. The former New York harbour excursion boat Wilson G. Hunt was one such ship, loaded up and sailed around Cape Horn to California where it served for many years on the west coast.
Posted by Mister G at 7:16 PM