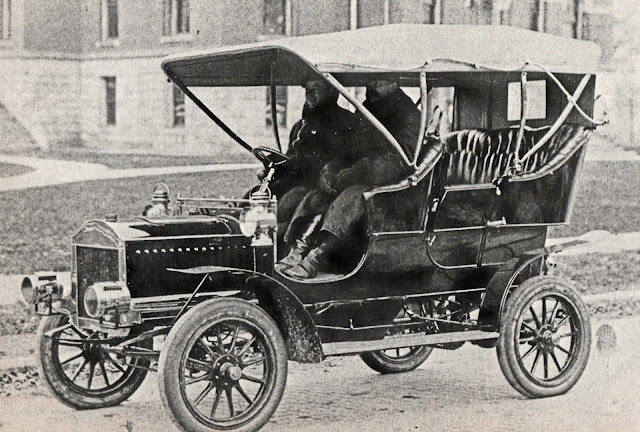 John Dolson started in the carriage building trade in 1864, setting up his business in Charlotte, Michigan. After a number of partnership changes he moved on, designing a new "road wagon" under his own name in 1890. The business was successful, he soon had 120 employees who were turning out approximately 5000 wagons per year. His sons joined him and after the turn of the century when the horseless carriage made its appearance, they decided that was the future, building and testing their first car in 1903. The engine was purchased from Buick, a opposed twin of 160 cu in. By 1905, they had replaced that engine with a bigger twin from the Westerfield Motor company of Anderson, Indiana. The engine was located under the front seat, coupled to a planetary two speed transmission which drove the rear axle by chain. The company philosophy was to use proven parts and systems, nothing too risky and innovative. Despite that, Dolman continued to expand, changing and growing its line each year, perhaps too quickly.

At the beginning of 1907, the company had three models, the top of the line model being a very conventional looking 7 passenger car with a 392 cu in, 4 cylinder engine out front. It was projected they would sell 350 cars that year.  However, finances were a bit precarious, and as the recession and panic of 1907 continued, their troubles worsened. By November the company was bankrupt and was closed. 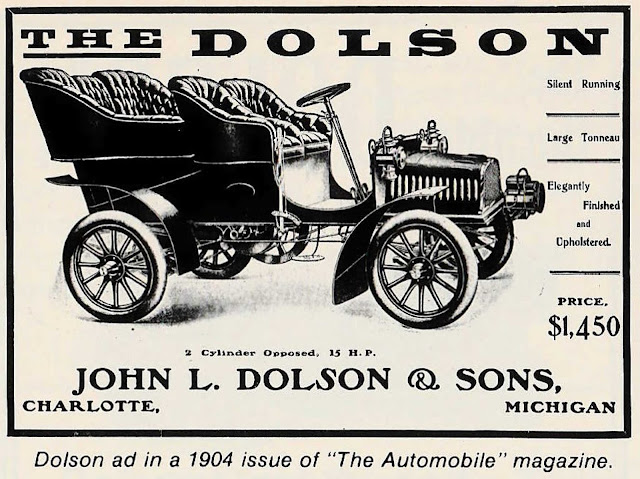 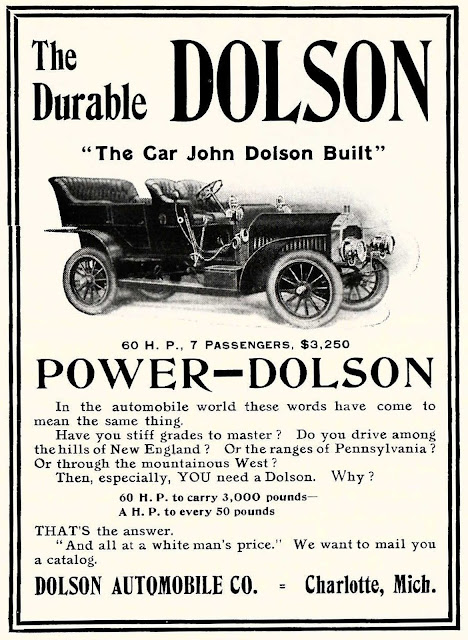