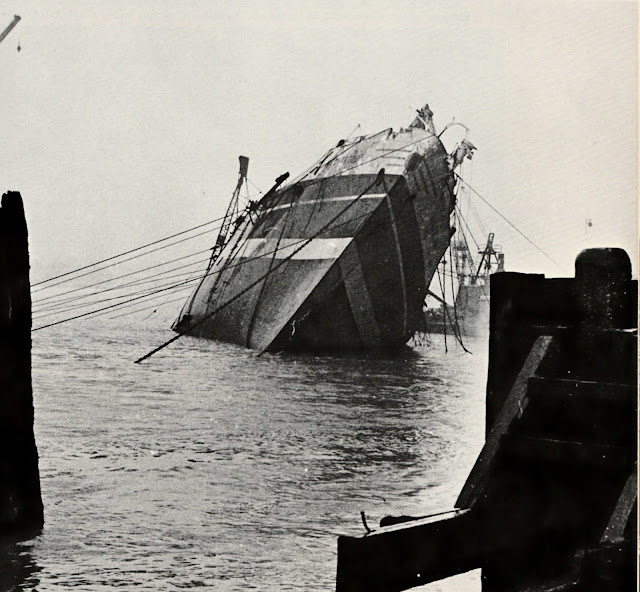 On the night of July 30 1962, the English freighter was involved in a collision with a cement barge in the Detroit while passing under the Ambassador bridge. The ship was holed and some time later it capsized and sunk in 30 feet of water. Reportedly 20,000 people watched the spectacle. The capsized ship became a tourist attraction, with boat tours created to see it from all angles.  In September the salvage operation began, the damage repaired and the ship was righted on November 5 1962.

More of the story with a better view here.