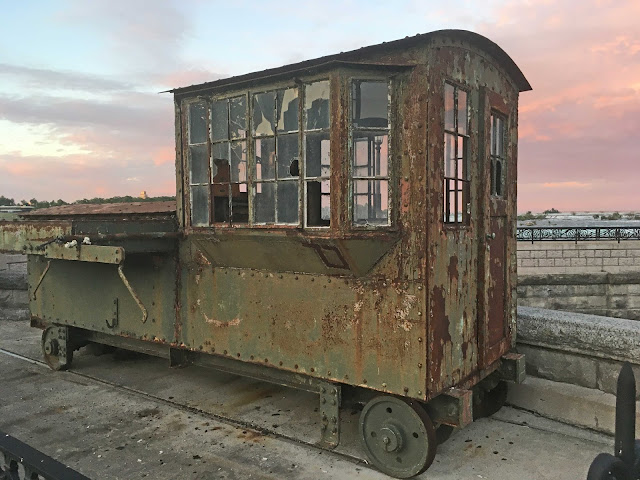 During our visit to Niagara Falls last month, we passed by the old generating stations above the falls, first admiring the closed Toronto Power Generating station and then the 1905 power station, now opened up as a museum/attraction (Thanks, Observer).

Out by the river by the water inlet was this device. Vaguely resembling a bay window caboose on 4 flanged wheels, it runs on rails next to the water, its function apparently being to rake the screens to prevent junk from going through the turbines. I wonder what the machine was called. 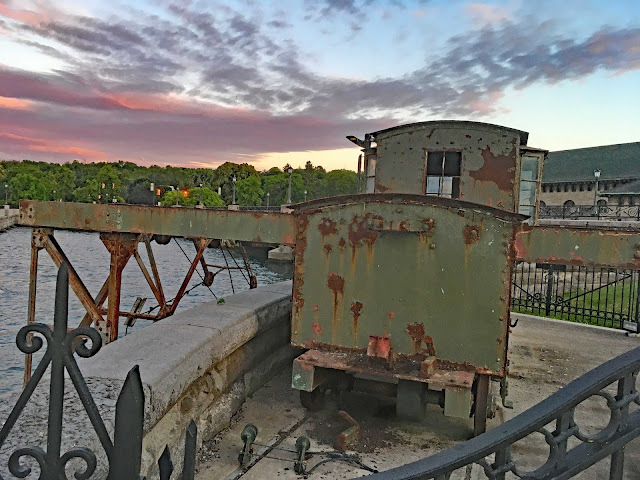 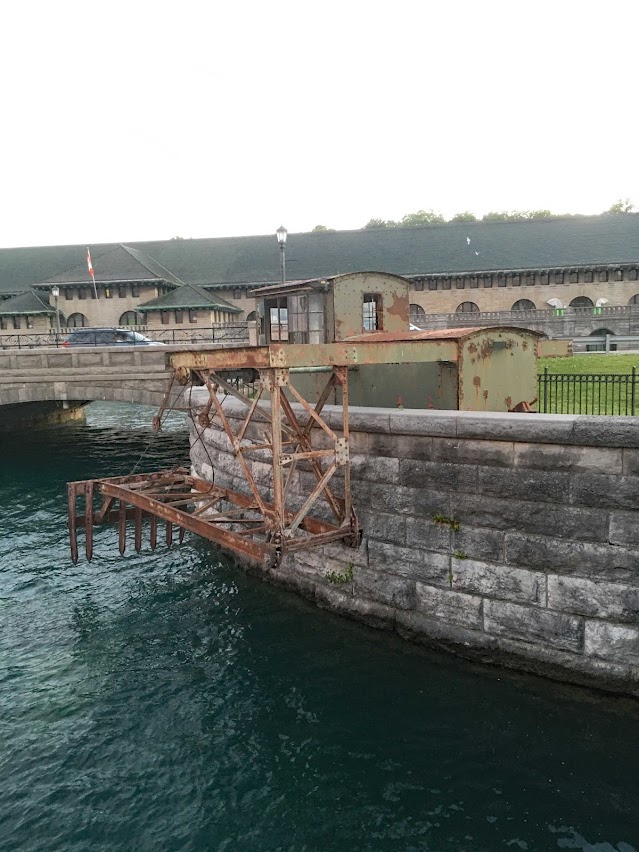 In the background is the new Niagara Parks power station attraction.

This image here labels it an "Ice Rake" and I'm inclined to agree, given the spacing and parallel orientation of the tines.

That was either a fun, or a miserable, job.