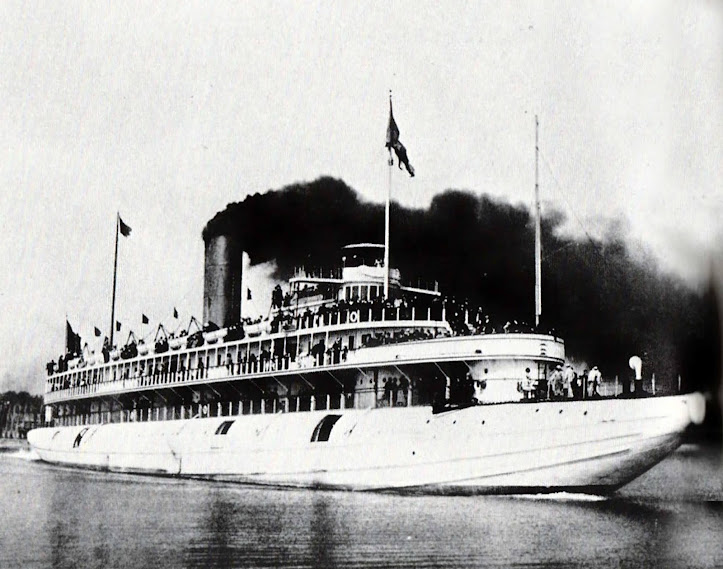 The whaleback was a boat design by James McDougal first launched in 1887. The design had a rounded deck that blended in from the sides and ends of the boat, intended to slip through the water more easily. The first were barges, designed to be towed. The first powered version was built in 1890. The boats were intended as bulk grain carriers but the Christopher Columbus was built in 1893 as a passenger carrier for the Columbian Exposition. It was one of the largest passenger vessels on the great Lakes when built, 1500 tons, 360 feet long, 42 feet wide.

Its regular run was Milwaukee to Chicago and it ran without incident till 1936 when it was scrapped. 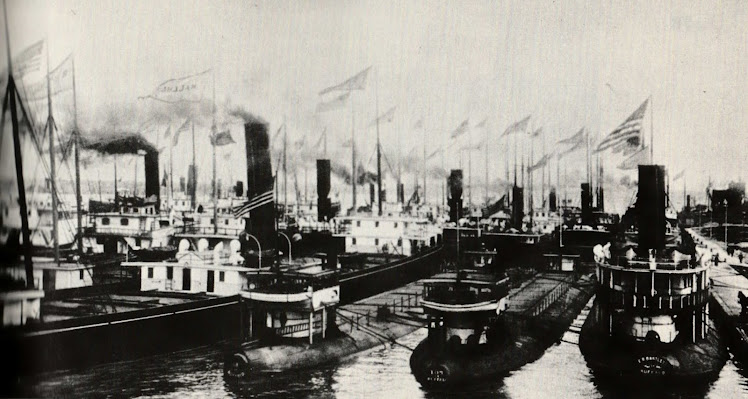 Well, there WAS that water tower incident...

Interesting note at the end; after being scrapped her steel was sold to Japan just prior to WW2.

Wow, I didn't find that! There was a bit of conflicting information about whaleback passenger ships, some said this was the largest passenger whaleback, others said the Christopher Columbus was the only one. There was mention of the ship being routinely overloaded without any issue but I missed this accident.
Thanks for the addition, I'll modify the post.

Thank you for the info about the whalebacks. I live in Michigan now but I grew up along the New England coast (CT and ME) and I'm always interested in unusual Great Lakes maritime subjects.

And tools, of course.

I grew up along lake Ontario and spend as much time as I can in Maine. Maine seems to have more interesting waterfront these days, but great lakes shipping was a world unto itself!

I gotta make this trip https://superiorpublicmuseums.org/ss-meteor/