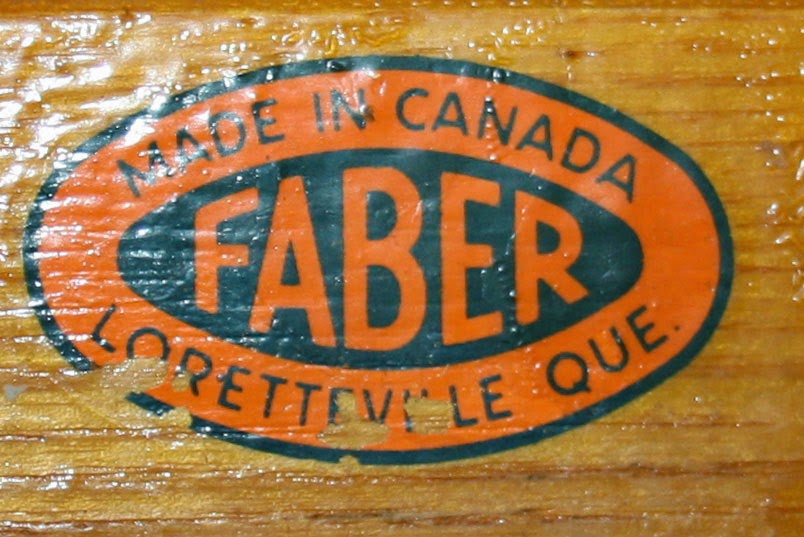 It's time to once again dust off my old snowshoes, made by Faber in Loretteville, Quebec.

Faber & Co was founded in 1870 by Noé Sioui and Celide Gros-Louis. Célide Gros-Louis was the granddaughter of the most famous Huron Grand Chief, Nicolas Vincent, who fought for the Wendate Nation rights.

The family business started by making moccasins; thirteen years later, the manufacturing of snowshoes began and today, they are made at the same location. Our factory was rebuilt three times over our 140 years of history to modernize our building and to adapt to our new needs for our snowshoe productions. Our actual building was extended a few times over the past years.

The name Faber appeared with the second generation when Ernestine married Selim Faber.

The company continues to be family-owned, now by the fifth generation.  Their website also explains:

Many snowshoe clubs were created between 1843 and 1890, people needed to be active during the winter time and snowshoeing was an accessible way to do so for the fortunate citizen of Québec. The first snowshoe club was founded in the 1840 by wealthy merchants in Montréal; in Québec, the first club was founded in 1845, the Quebec Snowshoe Club. From this point on, snowshoe lovers could get together to have a social life outside the work place. Each snowshoe club had their own colors of toques, mittens and  ‘’ceinture féchées’’.  They also had their own song and trails in and around the city.

Some clubs even started organizing snowshoe races of all distances, like sprints on 100 yards, 800 yards races and steeple chase.  A race between Québec and Montréal was organized in 1930, a six part super-marathon that was won by Édouard Fabre in 34 hours, 18 minutes and 45 seconds. French Canadians of Québec started their own snowshoe club in the 1880’s and were so popular that the best racers were included in the Québec’s Winter Carnaval festivities; the 1894 parade included M. Piton with his forty snowshoe medals pin to his chest.  Clubs were actives until the middle of 20’s century, in reality, the best years of the snowshoe clubs ended in the 1960’s.

Today, you can go on guided old-time snowshoe tours on the Plains of Abraham outside of Québec City with The Snowshoer.