From the time when these rules were machine divided, rather than photo-etched.  Machine-dividing is less accurate, but photo-engraving is less durable.

A product from the National Rule Company of Rochester, New York, which failed in 1966 and was bought by the Bates Manufacturing Company, operating out of the old Edison Phonograph Works in Orange, N.J.: 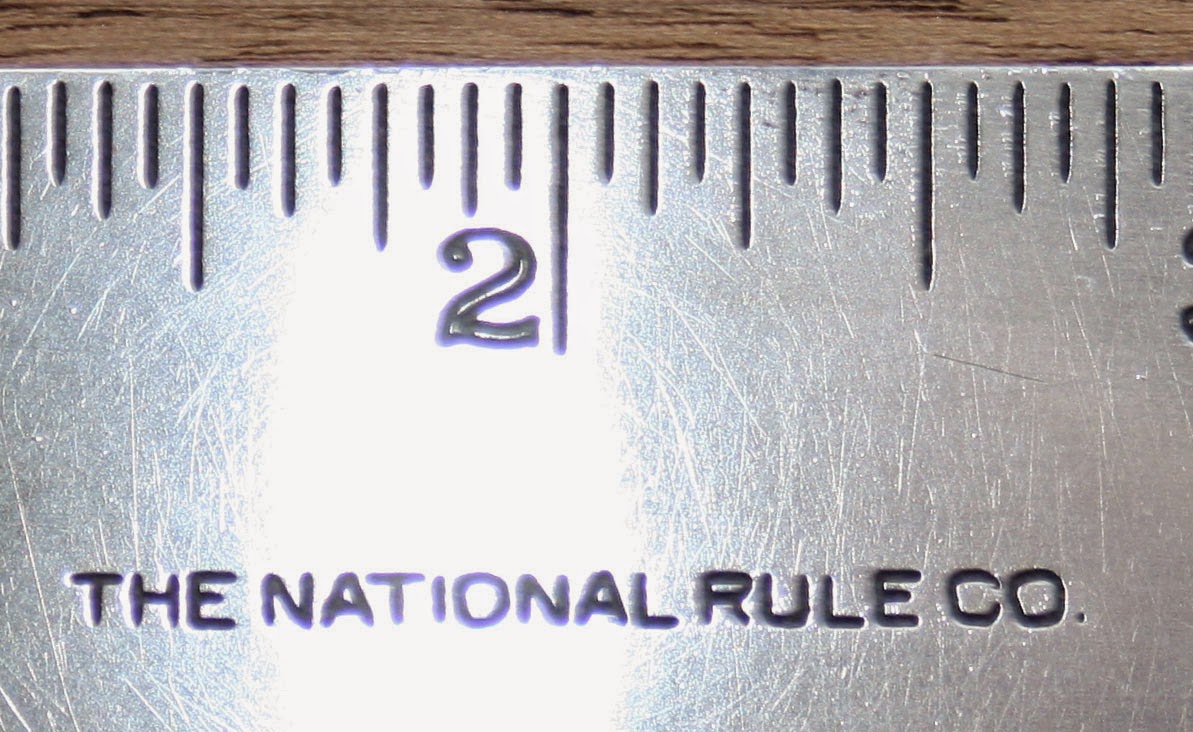 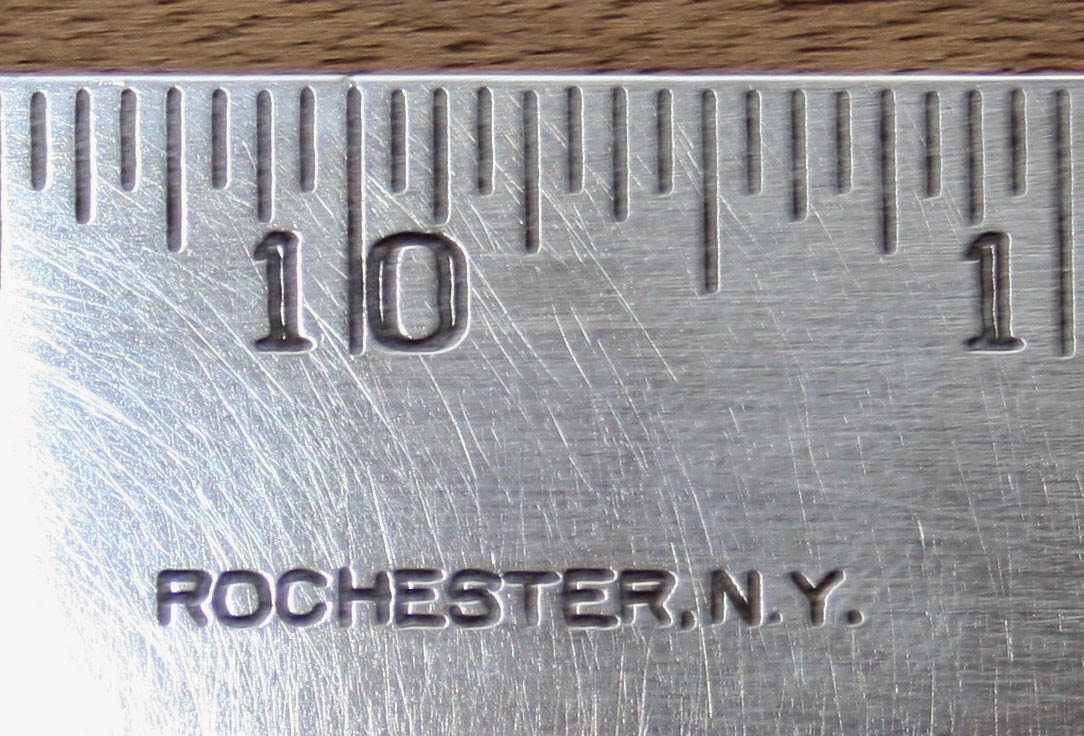 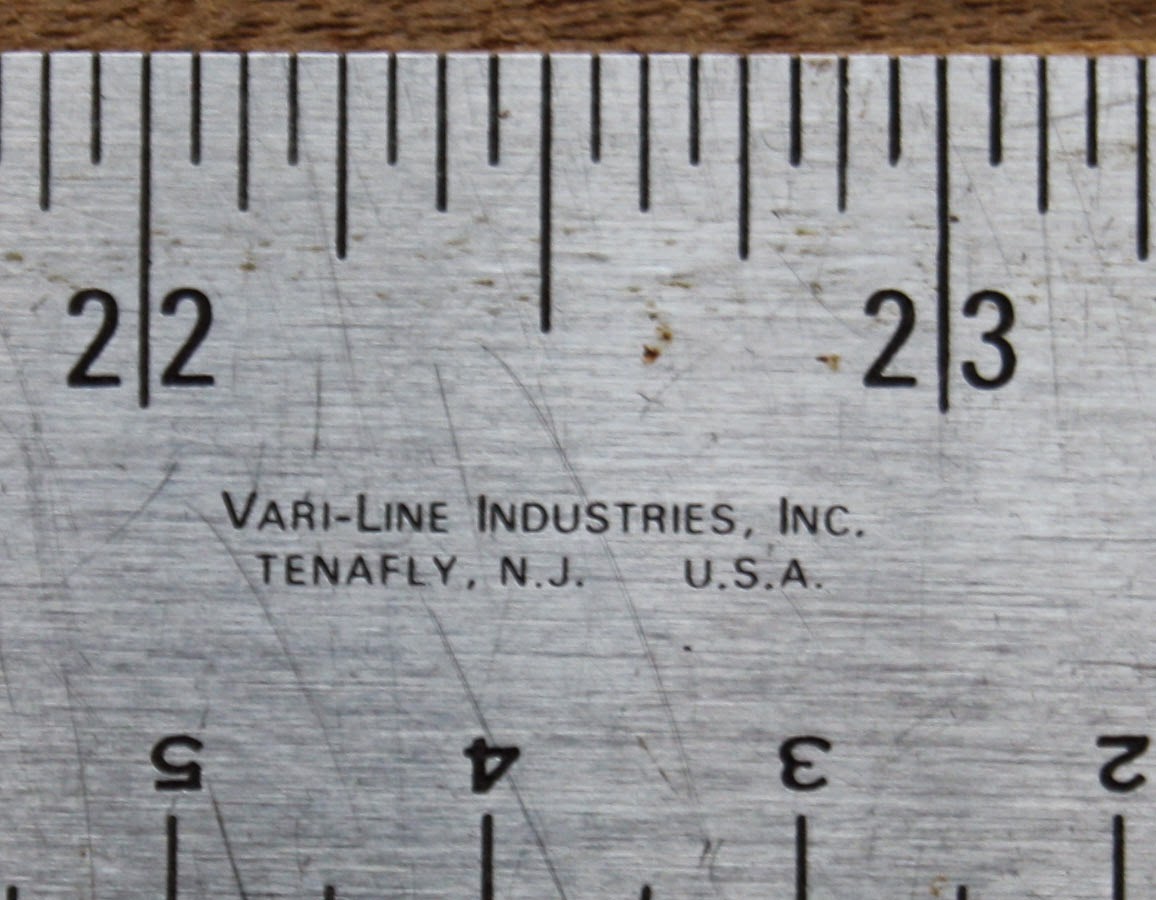 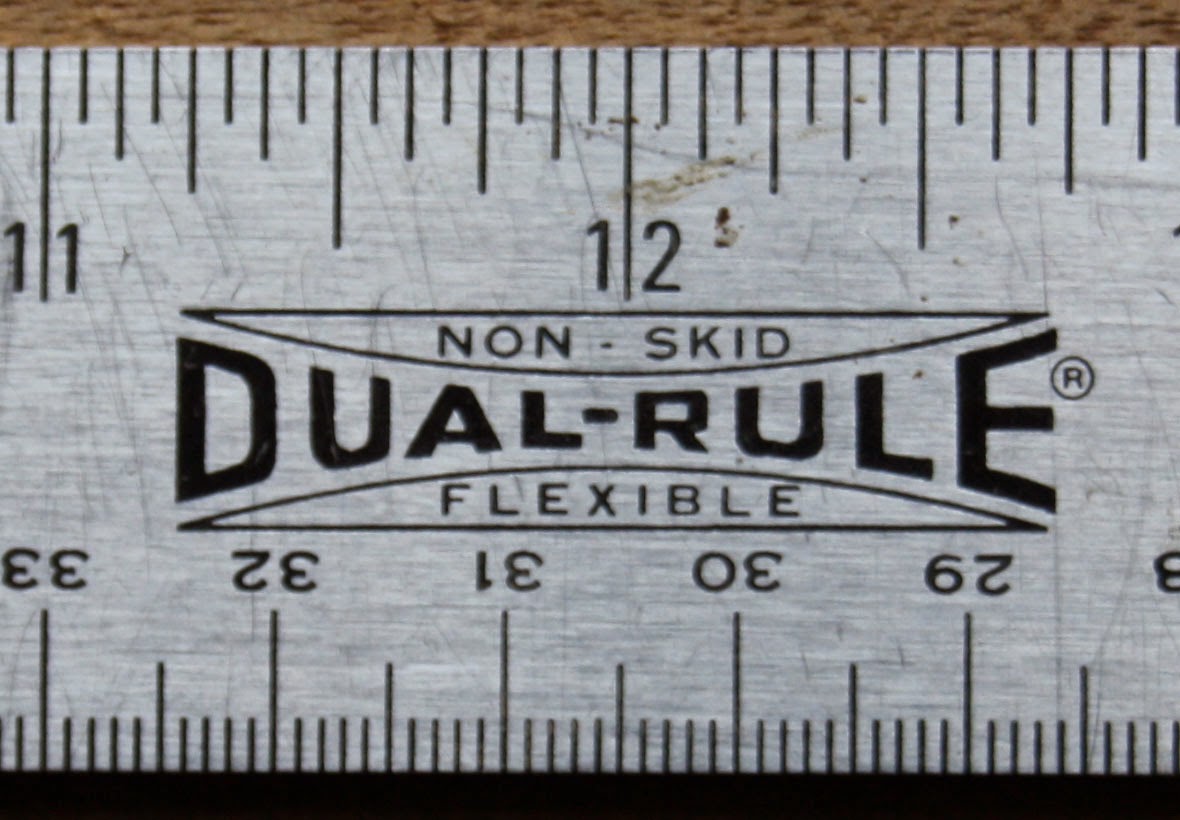 "Dual-Rule" was first registered by the company as a trademark in 1981.  Their premises at 49 Mackay Drive is now a residential subdivision.

Finally, an offering from Westcott, which is still around today: 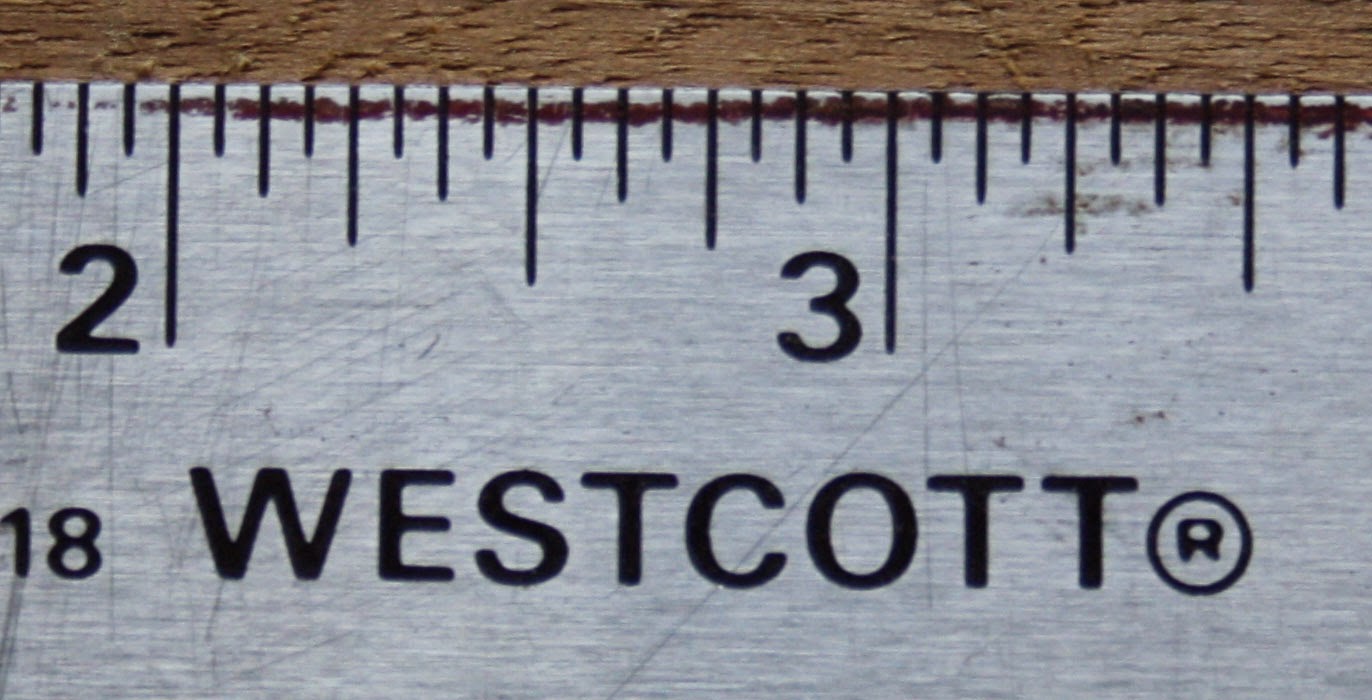 Henry Westcott founded his company in Seneca Falls, New York in 1872.  At one time, it was the largest manufacturer of desk and school rulers in the world.

In 1968, the family owners sold it to the Acme Shear Company of Bridgeport, Connecticut, which three years later changed its name to Acme United.  The old Westcott factory complex in Seneca Falls, which included a building that was originally the Trinity Episcopal Church, was sold in the mid-1990's when production moved to North Carolina.  While the two Westcott machinery buildings were demolished in 2010, the church building is now being considered for restoration.

For a good explanation of what constitutes a good steel rule and how to use them, visit the Little Machine Shop.
Posted by The Duke at 9:42 AM