Here's a nasty brutal tool. I watched these shears in action when I was a kid. The cow was secured in a stanchion and then had its head tied down to the floor with a rope. The jaws are placed around the base of the horn, and a man with all of his strength and weight on the nearly 3 feet handles, "snips' off the two-plus inch diameter horn. The cow explodes in pain and shock, blood squirting everywhere.
The guy then packed some gauze into the wound and within minutes the cow was back eating. Jeez, there must be a better way. 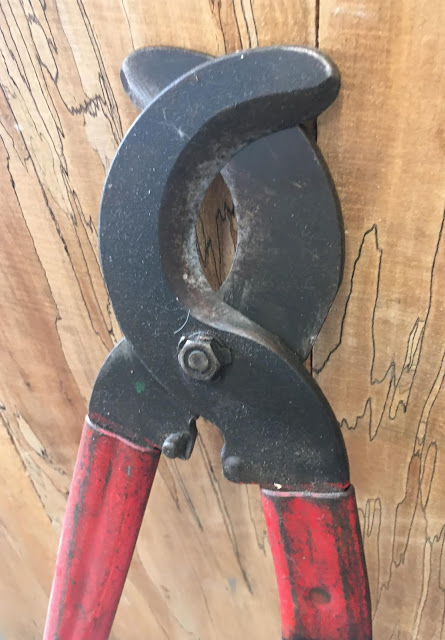 There is, its called thinking ahead. D-Horn paste on young horn buttons and no horns. But some humans just don't give a s**t about causing pain and suffering, not to animals and not to other humans. I think we call it inhuman don't we?

Yep. And more recently, we would leave well alone until the animal reached adolescence and let it make the decision: to go hornless and "fit in" with the other cattle, or to proudly "fly its horn flag," with all the social difficulties that the choice may bring with it.

It's not just about horns. I know a number of steers who wish they'd had a say concerning the whole issue around who does and does not get to keep their testicles.