The most easterly point in North America is Newfoundland, a good reason to use an airstrip there if you wanted to fly to Europe. In 1919 several teams arrived with that ambition. Three teams  including Alcock and Brown settled into the St John's area, the fourth team led by Rear Admiral Mark Kerr, decided on Harbour Grace. A 900 yard runway was carved out of fields on the east side of town near the harbour.
The Handley Page bomber arrived in crates and was assembled but before they could start their trans-Atlantic attempt, news came of Alcock and Brown's successful flight and the venture was abandoned.
A few years later a representative of the Stinson Aircraft came to the area scouting for a starting point for a round-the-world flight sponsored by Waco Oil of Detroit. He met a citizen of Harbour Grace who showed him a high level plateau above the town. This seemed to be ideal and the town, more used to shipping, fishing and sealing but remembering their previous airplane experience, agreed, wanting to be part of this exciting new mode of transportation.
In the summer of 1927 the trees were cleared and a 4000 ft gravel runway constructed. The Nfld. government provided heavy equipment but the final leveling was mostly hand done by townspeople with rakes and shovels. 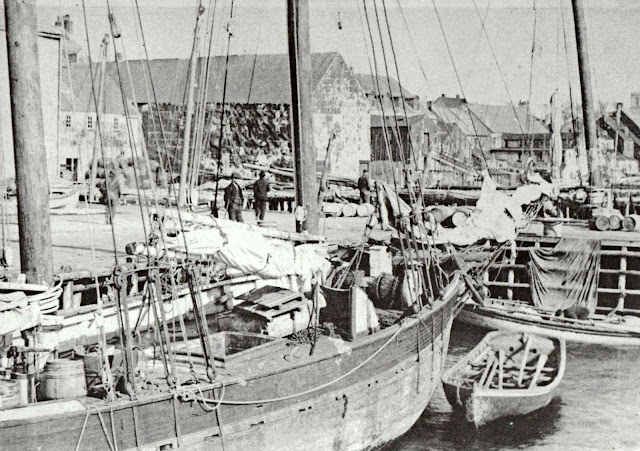 The old livelihood and the new adventure. 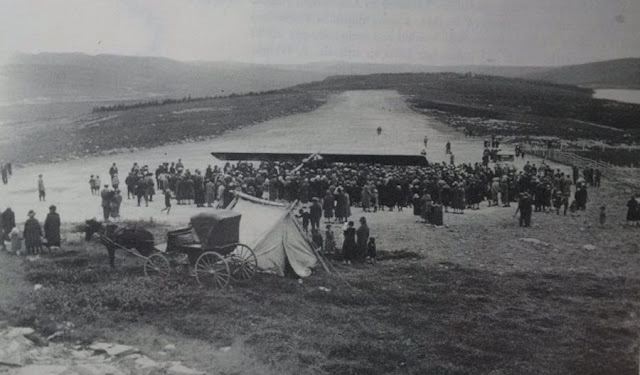 On August 20 1927 the Pride of Detroit arrived and in the morning took off easterly, arriving in England 20 hours later. The flight continued till they got to Japan where an early typhoon season and growing public sentiment persuaded them to load the airplane on a ship for the Pacific crossing. Read more here. The aircraft is still around, now on display at the Henry Ford Museum.
The airfield was used by the RCAF during WW2 for a radio detection station and abandoned after the war. Eventually the airport was re established and is in use today.
More Harbour Grace airport info here.
Posted by Mister G at 12:21 AM