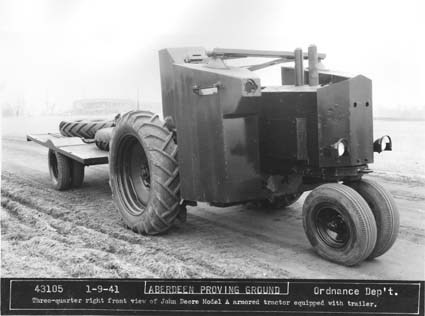 The owner of John Deere, being a patriotic man, was concerned about the lack of armoured cars in the US military, so in 1941 he had his engineering department come up with a conversion of a farm tractor. The above vehicle had a crew of three operating the vehicle, a driver and two machine gun operators, one pointing forwards and the other backwards. The tricycle wheel arrangement caused mobility problems in mud and uneven terrain and a second version with a wide front end was tried. After further tests the idea was abandoned and vehicle modified as an artillery tow vehicle. That was also deemed unsatisfactory and soon after,  the vehicles were scrapped. In recent years the vehicles were reproduced and they are in display at the John Deere Collector Center in Moline Il.
More here 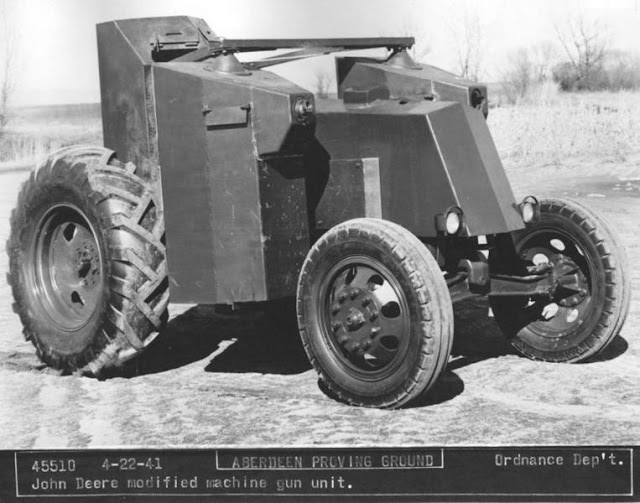 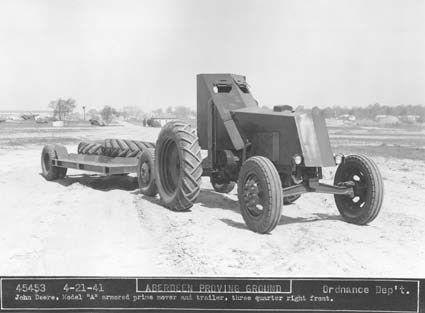