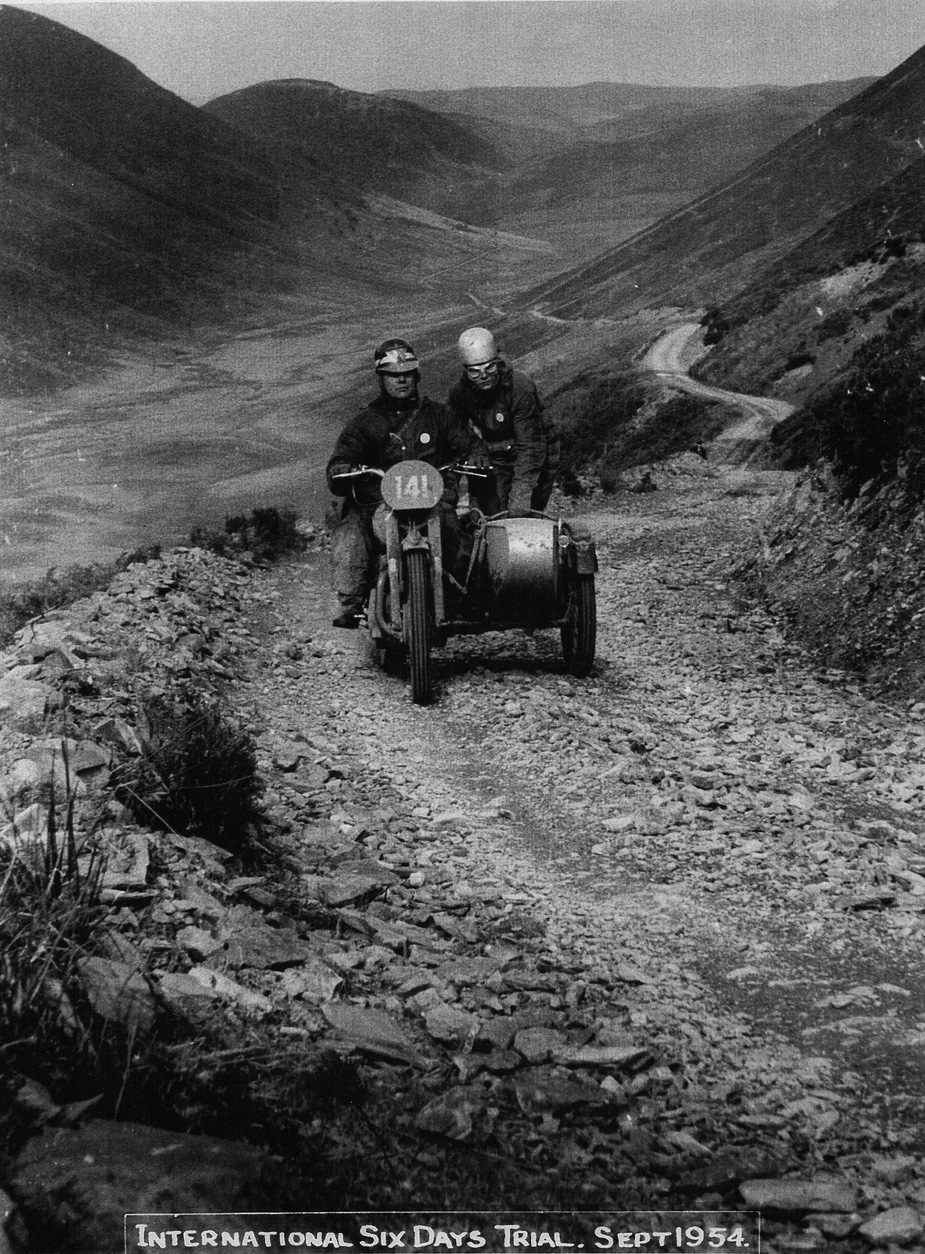 Picture taken near the top of the Bwlch-y-Groes mountain pass in North Wales. Entry 141, Frank and Kay Wilkins, are on a Ariel 650cc twin with Watsonian chair.
Although never an official Ariel works rider Frank had much works support and was a staunch Ariel man to the end. He was generous with knowledge gained to anyone who was campaigning an Ariel in any form of motor cycling to the extent of regrinding cams and modifying bottom ends of singles to get the maximum out of them for minimal reward.
Kay was a wonderful lady as well, renowned for her bottomless bag of boiled sweets which appeared as if by magic whenever a group stopped for whatever reason when out on a run.
More on the 1954 event can be found on the superb site that follows the history of the ISDT events from their inception.

Below, the Bwlch-y-Groes mountain pass, taken in about the same place approximately 2010. Outside of the fact that the road has been paved, not much different! 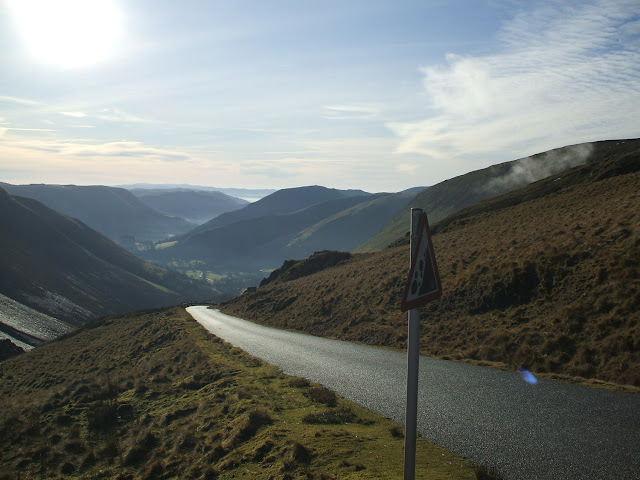 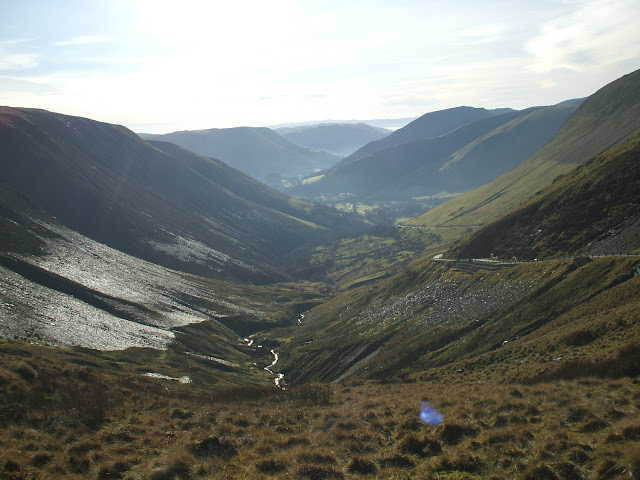