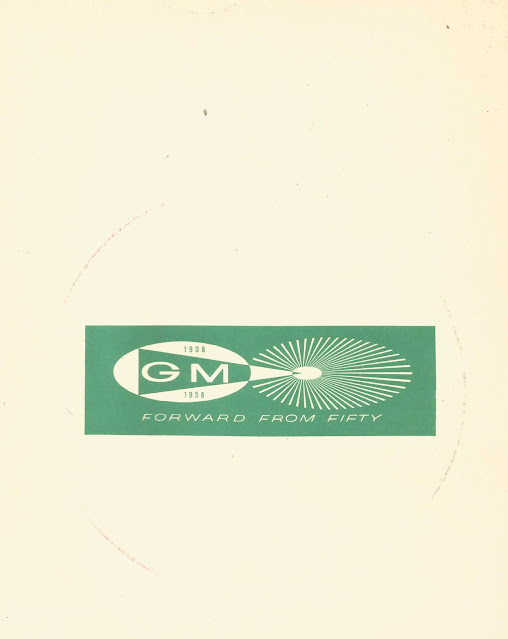 In 1958, GM turned 50 years old. As was noted in a NASCO bulletin, (Parts & Accessories, a division of GM-Holden in Australia);

JULY. 1958 Forward from Fifty is the slogan of General Motors who, this year are celebrating their Golden Anniversary in the automotive field. It is a slogan that typifies General Motors progressiveness in the fifty years that have passed since the General Motors Company was formed in 1908.

Then follows a timeline of GM achievements, but no mention of any anniversary celebrations...

But there were celebrations: a variety show and even a record album. There were even special logos on their service manuals. After years end, the fancy logos disappeared and it was back to business. 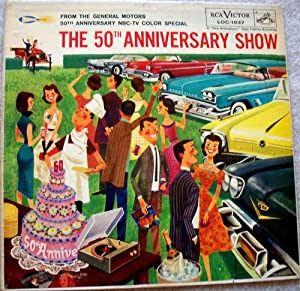 Four years before, GM had built their 50 millionth car, also cause for celebrations.  Brochure here.