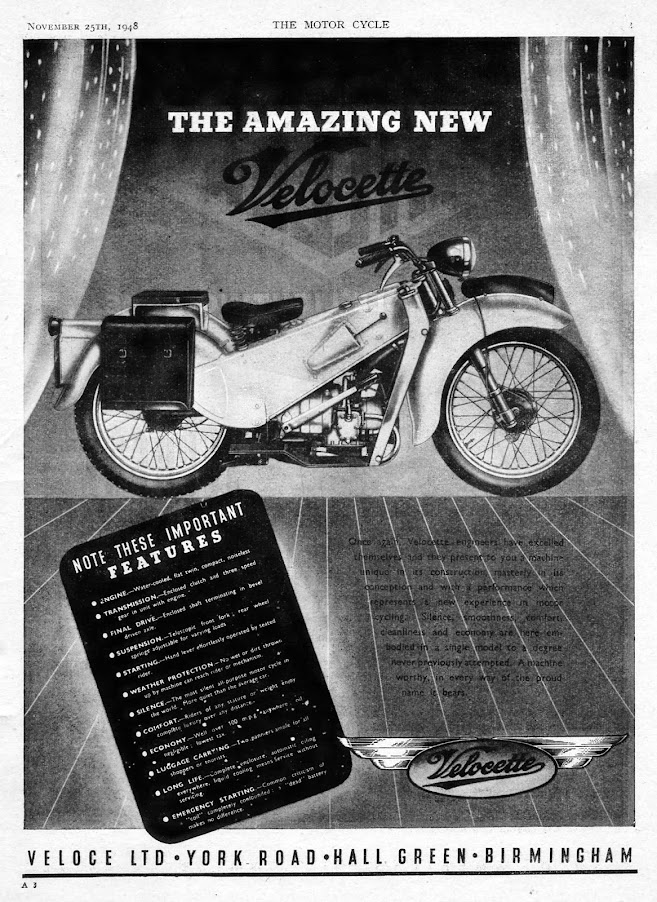 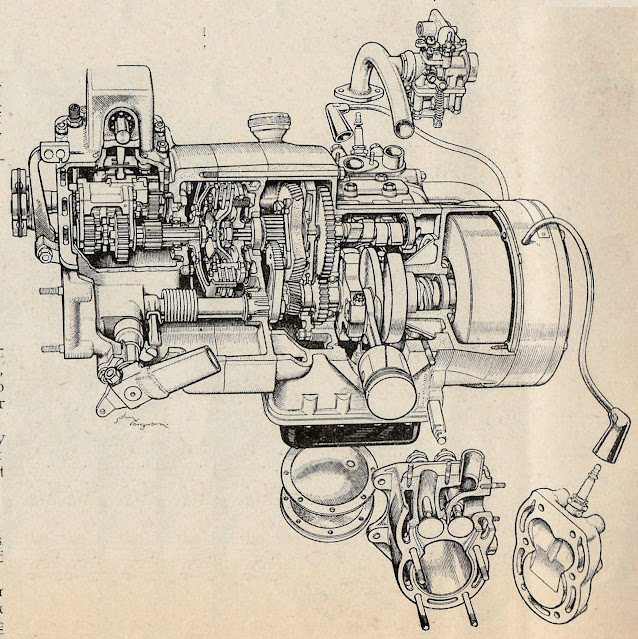 If I ever heard a single good word about those, it has fled my recollection. Seems like I've read that beyond just being an evolutionary blind alley in themselves, the costs of tooling up to make their wretchedly complex engines, plus the costs of mass warranty repairs, played a big part in Velocette's demise.

Or maybe I made that part up.

It appeared that the motorcycling world went a bit weird after WW2. The Vespa was a success, the LE, Ariel 3, British scooters, bathtub styling and others not so much. Really all answers to a question that not many were asking.


And neither of us mentioned that it was just plain ugly.
Post updated with a cutaway of the engine and transmission. Complicated is right, and only 150cc, ensuring all that complication resulted in... not much. In fairness, I've never rode one.