One of my vices is vises, Henry L. Hanson of Canada 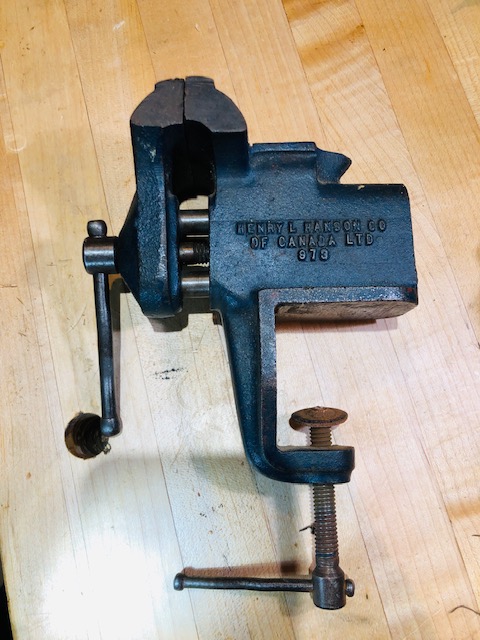 This clamp-on vice proudly proclaims its Canadian origins, but I can find no reference online to any Canadian connection to the Henry L.Hanson company of Worcester Mass.- covered in this earlier post. The company was known for their taps and dies, but they also made (or just sold) micrometers.  Having a separate factory in another country to make a completely different product line seems to make little sense, and I can find no reference to the location of that factory. Another little mystery... 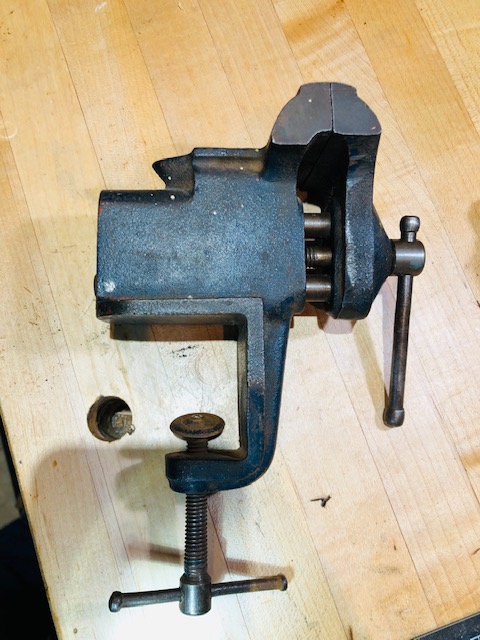 Took a while, and probably doesn't add any good information, but:
Company raised in Montreal in 18-JAN-1944
Moved to Pointe-Claire in 1969
Closed down in 1981

"Henry L. Hanson Co. of Canada Ltd" Notice is hereby given that under Part I of the Quebec Companies' Act, letters patent have been issued by the Lieutenant-Governor of the Province of Quebec, bearing date the eighteenth day of January, 1944, incorporating: Llovd A Davis, Stanley IL Davis and Harry E. Davis, merchants, of the City and District of Montreal, in the Province of Quebec, for the following purposes: To manufacture, purchase, sell and deal in hardware; To manufacture, produce, sel! and deal, either wholesale or retail, in hardware, abrasives, tools, cutlery, glassware and allied articles; To carry on the business of machinists, and to keep, maintain and operate machine shops, and to prepare, make, set up, manufacture, assemble tools, dies, molds, machine parts and accessories ; To carry on the business of general contractors and of sub-contractors, under the name of "Henry L. Hanson Co. of Canada Ltd", with a total capital stock of twenty thousand dollars ($20,- 000.00), divided into two hundred (200) shares of one hundred dollars ($100.00) each. The head office of the company will be at Montreal, in the District of Montreal. Dated at the office of the Attorney General, this eighteenth day of January, 1944. P. FRENETTE, 5512-o Assistant Deputy Attorney General.

Interesting that the company was set up during war time.

Ugh. You'd have to keep cleaning off the lead screw, exposed as it is and covered with grease or oil. It was a big advance in vises when they were hidden in the "tunnel."