The Triumph model H was used during WW1, 30,000 were produced for the army and by and large they worked well gaining the nickname "Trusty Triumph". However the girder fork spring, pointing forward and working against a yoke, took a lot of abuse. On the rough roads and off road, the yoke was known to fail, causing the fork to collapse forward almost certainly resulting in a crash. The DRs soon learned to put a strong leather strap around the fork in order to avoid this eventuality. Somewhere I've seen a picture of a bike with collapsed fork, I've given up trying to find it. If someone finds that picture, I'll add it to the post. 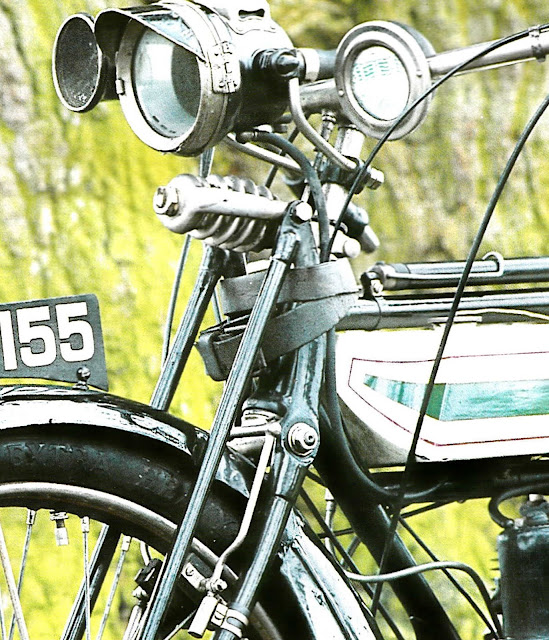 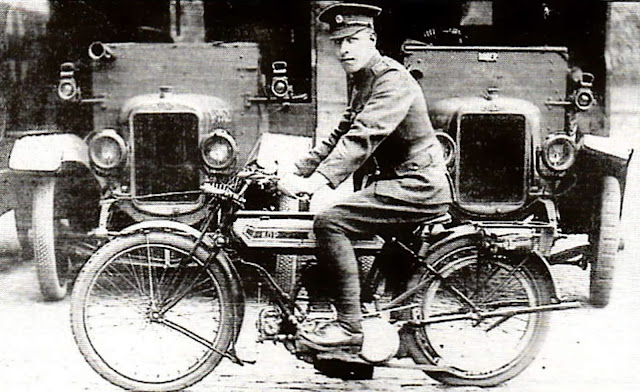 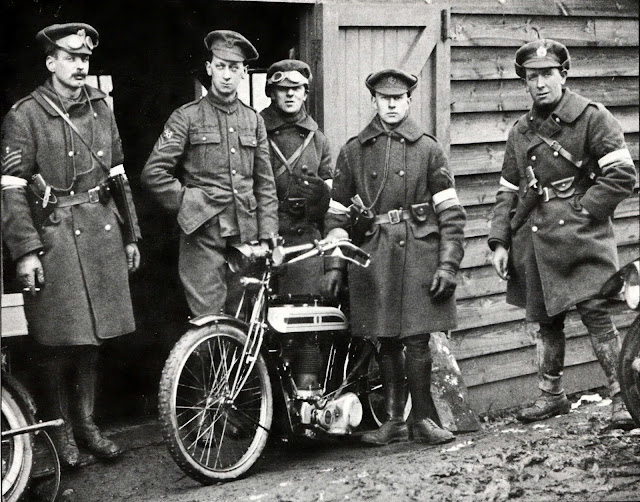 Below, not that clear but the safety strap is in place. 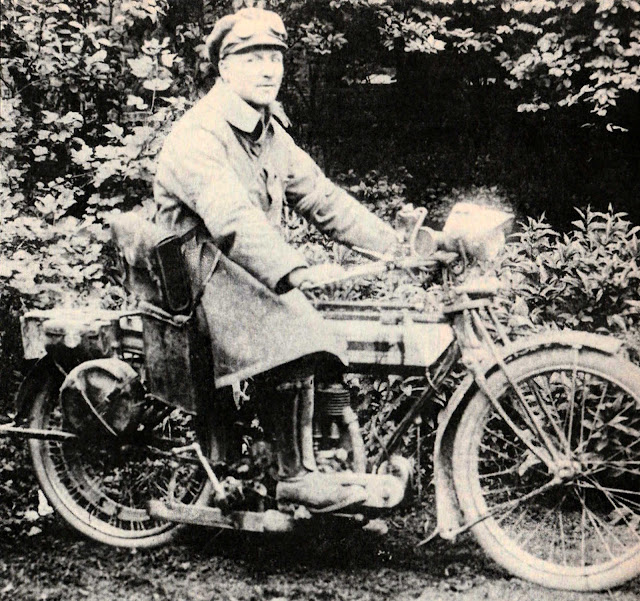 Forgive me my off-topic question, please. But what's the functional difference between a barrel-shaped coil spring and a straight one? (Straight = same OD for its entire length.) I'm sure I have the issue of TCM or Classic Bike that explained it, but I'm too slothful to dig around for it; and my brain is rapidly becoming perfectly smooth, so the memory of what I learned has vanished.

Does the extra spring steel make the spring stiffer? Softer? Is it a sort of rising-rate? Okay, I'm done guessing. Thanks.

Maybe it's a design decision,to make a smaller package.

I'd go with a bit of both. The coils will nestle slightly at full compression, and there will be some rising rate.