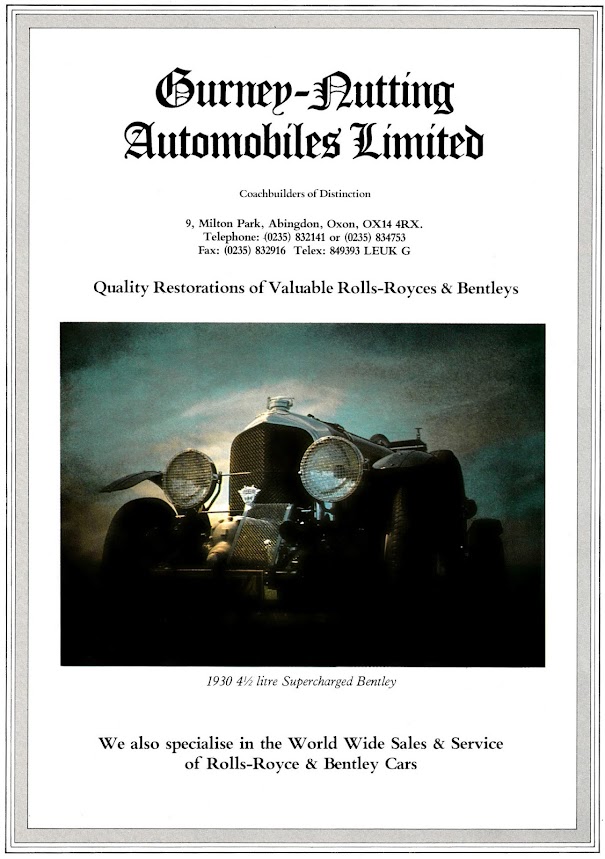 I was drawn to this dramatic photo (or is it a painting?) of a 1930 Supercharged Bentley in the January 1988 issue of Classic and Sportscar and got interested in the products and history of the coachbuilding company of Gurney Nutting Automobiles. The company's heyday was in the 1920s and '30s when they were known for making bodies for Rolls Royces and Bentleys including several for members of the royal family. After the war, the founder passed away and the company seems to have closed their doors before 1950. More here.

Later on, however, the name seems to have been appropriated for a Rolls Royce dealer and restoration shop. There is little online, though there are indications that the company is still around.