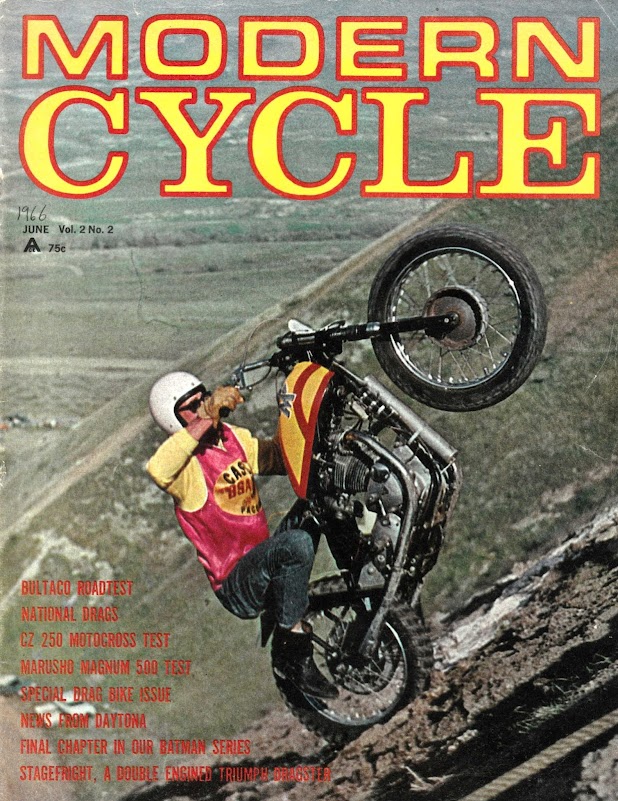 Holy cats, what a great photograph!

Can anybody tell better than me what's going on with that bike's frame? It looks like twin front downtubes (which could mean that the front frame is Matchless/AMC as well as the fuel tank), but then farther back ... Does it look a little like a backyard Colin Seeley piece, or is that stock AMC? ... A swell bike, whatever its constituent goobers may be.

Thanks a lot for posting the image, Mr. G!

That's the only picture of that bike, no info in the caption. I see he has struts in place of the rear shocks.

Struts, right. ... So the frame is prob'ly stock Matchless, because a purpose-made or -modified rear frame w/b designed as a rigid without requiring struts. Mumble mutter hm. Tubular oil tank on a front downtube? ... Grrnt ...