Another job you wouldn't want to do: Making varnish, 1940's 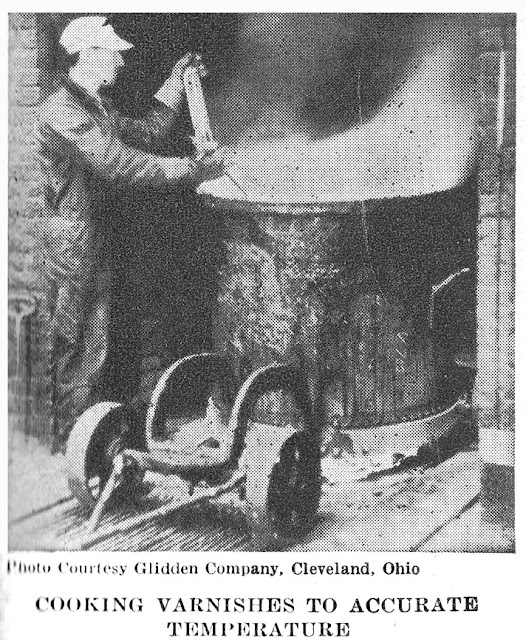 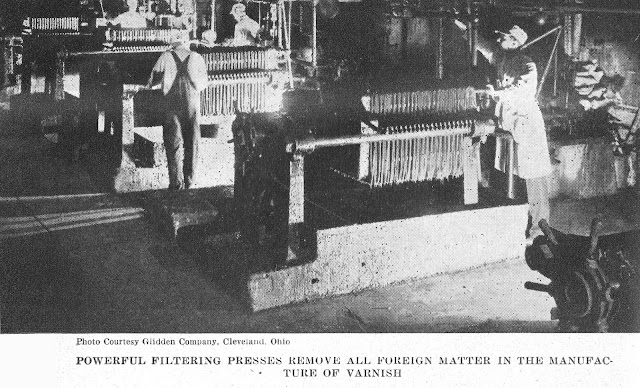 
Imagine what their lungs were like after a few years in this work environment!


Francis Harrington Glidden began making varnish in Cleveland, Ohio in 1875.  With the addition of partners and other companies, the name changed to Glidden & Brackett, then to the Glidden & Joy Varnish Company (best know for its lacquer, Jap-a-lac!)  Adrian Joyce bought the firm in 1917, renaming it the Glidden Company.  Over the next two years, 11 other paint manufacturers and distributors were acquired.  The firm moved into edible oils, becoming one of the largest soybean processors in the US by 1939.   By 1934 Glidden owned the Chicago-based E.R. Durkee Co. which made condiments, spices, and sauces.  In the mid-1960's, the company merged with SCM (Smith Corona Merchant), a seemingly odd partnership that benefitted the office machine company greatly.  SCM was acquired by Hansen Trust PLC in 1986, which held onto Durkee Foods but spun off Glidden Coatings to the British conglomerate Imperial Chemical Industries. Amsterdam-based Azko Nobel picked up ICI in 2013, and was itself absorbed by Pittsburgh, PA-based PPG Industries in 2013.  This made PPG the second largest US paint producer, behind Sherwin-Williams