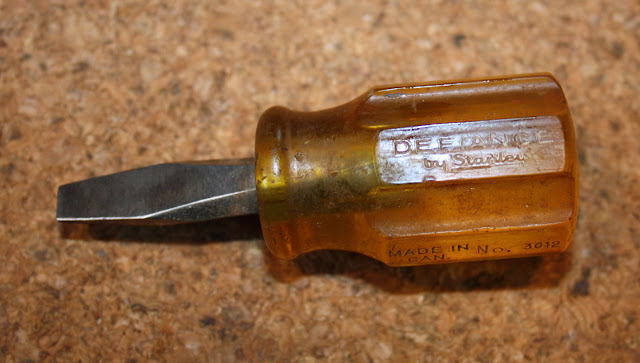 Above, a Canadian-made Stanley No. 3012 stubby I picked up recently with this name on it.  According to the Farm Collector, Stanley acquired the Defiance name when it purchased the Bailey Wringer Machine Company in 1880.  They first used the name on a cheaper screwdriver in 1904 but it wasn't until 1929 that they introduced an entire line of lower-priced tools under this name.  It continued until the summer of 1953, when it was replaced with the "Handyman" label that had been acquired with the purchase of the North Brothers Manufacturing Company in 1946.

I think "Defiance" is way cooler!