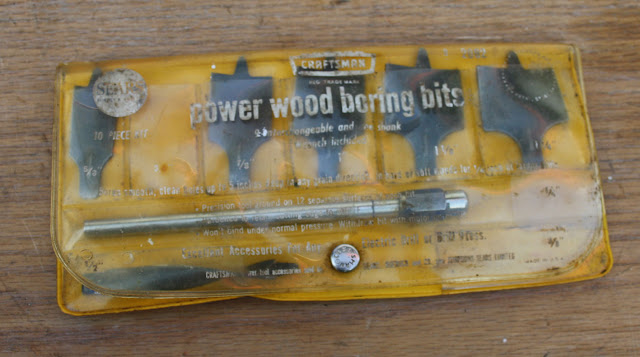 I picked up this Craftsman Power Wood Boring Bit set recently.  It was missing several of the bits, and the shaft into which they fit.  The individual bits themselves are curved: 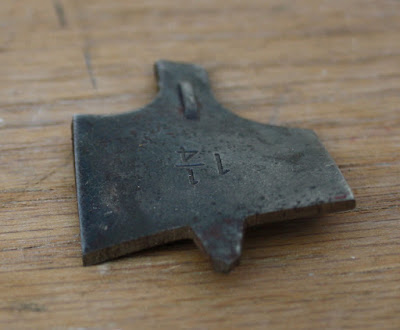 They are locked into the shaft through the use of a raised rib and side threads, which engage with the shaft: 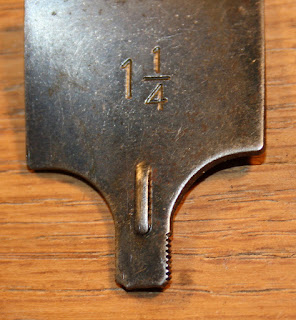 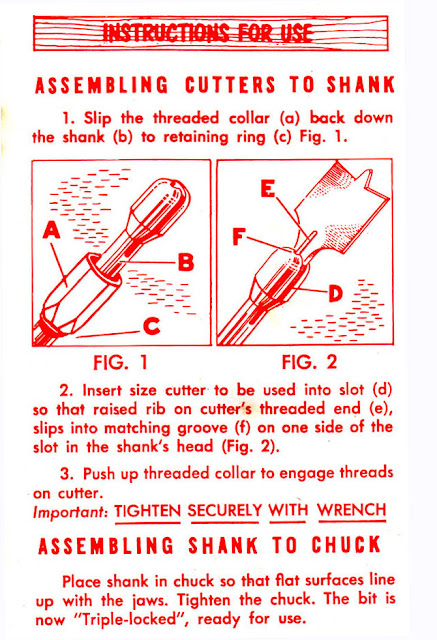 I discovered that I already had a shaft which I'd picked up somewhere else. Curiously, it turned out to be made by the Snell Manufacturing Company:

Still, it had exactly the features to lock onto the Craftsman bits, suggesting to me that Craftsman took this design from a Snell patent.  As Snell had been bought by the Parker Manufacturing Co. in 1952, and as Parker was awarded a huge contract by Sears in 1967, this is probably how the tool came to be in the Craftsman catalogue. In 1970, the set sold for around $3: 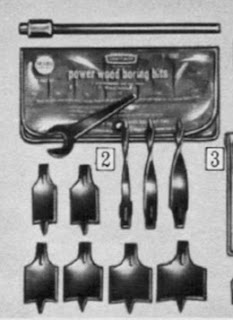 This is at the same time that other manufacturers were selling interchangeable bits held in place with a single screw, clearly far less reliable than the "triple lock" design of the Craftsman offering:

I bought the set primarily because it came with the original Craftsman booklet, in a plastic pocket on the back: 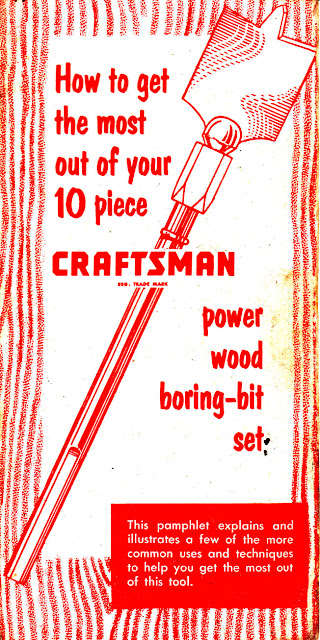 I've uploaded the booklet that came with the tool here.
Posted by The Duke at 9:28 AM