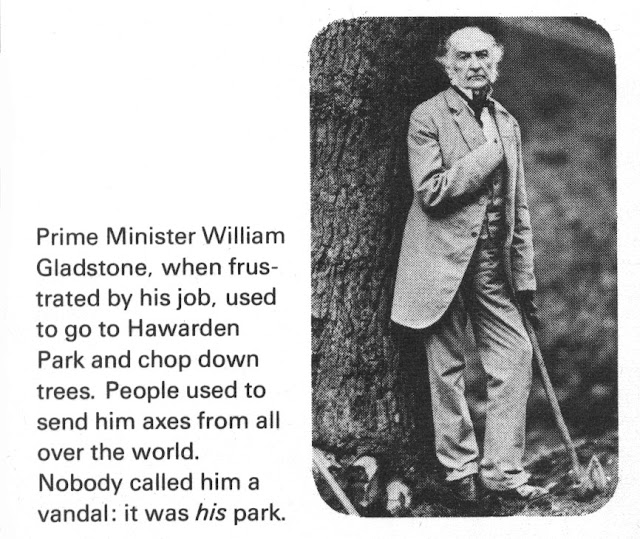 Somehow today's version, a Prime Minister with a chainsaw, just wouldn't be the same.

By the time he was in his 70's, Gladstone had acquired a range of axes.  At a tree-felling experiment in February 1878, he commented:


"Oak, though very hard, is not a bad tree to cut, for the grain breaks off easily and does not cling to the axe.  Beech is far tougher; that and ash being the two most difficult to fell of our English trees on account of their bending to the axe.  Ash is subject to fracture in felling, and I have a splinter of ash..two feet eight inches in length.  The pleasantest to fell is Spanish Chestnut because it comes away so freely, the grain breaking easily.  Yew is the most horrible to cut of all the forest trees." 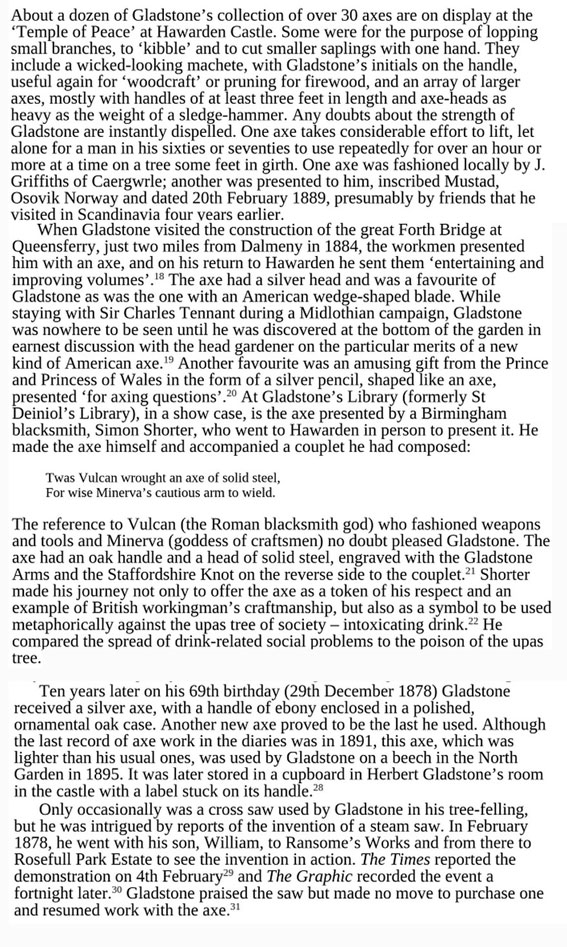 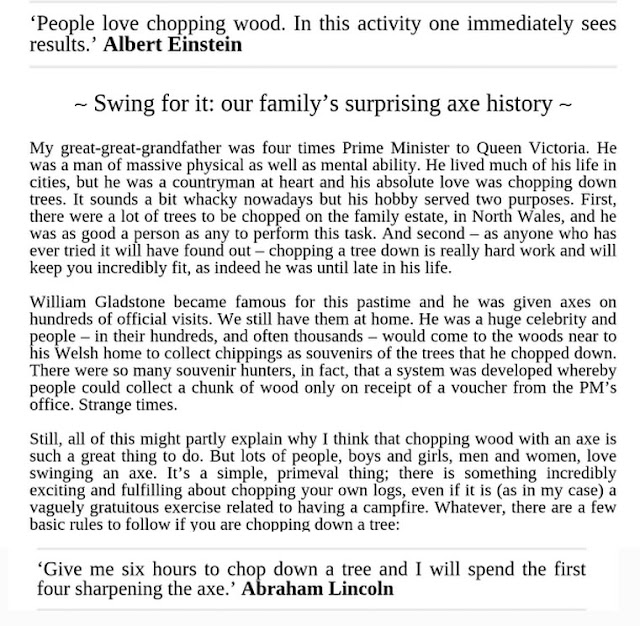 Below, Gladstone's image is used to advertise an "electropathic belt."


Hawarden Castle is still privately owned by the Gladstone family who open the Castle to the public on certain Sundays during the summer months.  The "Temple of Peace" was Gladstone's study.  His library, St. Deiniol's, houses over 250,000 volumes in 30 rooms.  All you need to do to visit is to register!

Below, one of Gladstone's axes in the National Liberal Club in London: